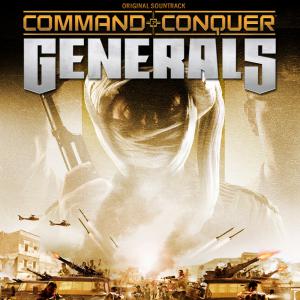 Command & Conquer: Generals was the first main Command & Conquer title that was not developed by Westwood Studios and, accordingly, it was not composed by Frank Klepacki. Instead Hollywood composers Bill Brown and Mikael Sandgren took the reigns and composed the score in a collaborative manner. Their approach to Command & Conquer: Generals seems generally inspired by their contemporaries in the mainstream film soundtrack sector, though not all their offerings to the score will be alien to fans of earlier soundtracks in the series.

Command & General: Generals' "Main Theme" is an interesting attempt to fuse the cinematic and rocking approaches to the Command & Conquer series into one theme. Much of Bill Brown and Mikael Sandgren's composition is dominated by mainstay features of orchestral militaristic soundtracks by the likes of Hans Zimmer. However, electric guitar riffs inspired by, but not created by, Frank Klepacki are also thrust upon listeners throughout. The resultant composition is quite compelling and has certainly won a fanbase. However, the mixing of the two types of elements could have been better and most of the guitar riffs are rather derivative and sometimes overbearing. Zero Hour's "Main Theme" is a far superior realisation of the concept introduced here.

Moving on from the main theme, much of the soundtrack stays close to the approach of recent sample-based soundtracks by Remote Control Productions and others. Anyone who has heard such soundtracks will know exactly what to expect from "Fight For Peace", "Makin' A Sweep", and "Rescue Ops" and not all will find these derivative approaches welcome, especially those who grew up Frank Klepacki's daring earlier scores for the series. Furthermore, even those that can tolerate this approach may find the sheer volume of such material to be problematic. The endless compositions based around brassy melodies, edgy string motifs, snare drum rolls, or electronic dabbles become tedious after a while and, while most are fitting and effective, few are artistic and entertaining.

However, fortunately Brown and Sandgren do care about variety more than the successors on Command & Conquer 3: Tiberium Wars. Listeners will welcome their attempts to portray the ethnic diversity of the factions of the game using traditional instruments. The portrayal of China in "Red Army Rising" is especially effective and there is considerable maturity in the way the composers blend Chinese woodwind wails with the epic instrumentation featured elsewhere on the soundtrack. Also interesting is "Glory", which incorporates Arabian instruments and bustling polyrhythms within a detailed electro-acoustic soundscape.

Overall, the Command & Conquers Generals Original Soundtrack is a decent attempt. Bill Brown and Mikael Sandgren manage to take the Command & Conquer series' soundtracks in a new, more cinematic, direction, yet still provide hints of Frank Klepacki's earlier soundtracks in the series. They succeed in conveying the ethnic diversity and brutal action of the game, though are sometimes let down by overly stereotyped scoring techniques. Though there is nothing remarkable here, those who enjoyed the music in the game should nevertheless consider tracking down the digital soundtrack.

Tracks preview provided by iTunes. If you like Command & Conquer Generals Original Soundtrack, we strongly recommend to buy it. Support composers, artists and performers so they can release more music in the future. Furthermore, it's inexpensive. This album costs only 9.99 USD. Prices and shops where you can buy it are at the right column. Notice, Yandex.Music gives you opportunity to freely listen to this album. Absolutely legal. Without violations. 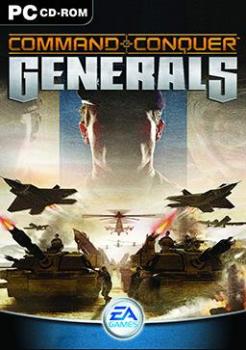