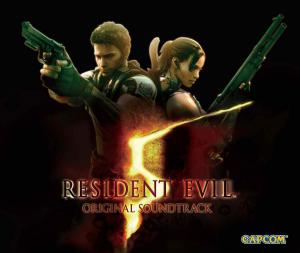 Kota Suzuki is a composer to keep an eye on. After being summoned from what I can only presume are the depths of Hell (or the aural equivalent thereof) by Capcom to fill in some holes in PS2-era soundtracks including Onimusha 3 and Shadow of Rome, Suzuki lent his talents to the impressive Devil May Cry 4 soundtrack alongside renowned composers Tetsuya Shibata and Shusaku Uchiyama, the latter being responsible for a big chunk of the Resident Evil 4 soundtrack. As DMC4 was wrapped up, Suzuki was asked to be in charge of the music for the next Resident Evil game and, thankfully for the atmosphere in-game as well as for Biohazard soundtrack fans the world over, he happily obliged. Unbeknownst to him at the time, he would be leading and composing for one of the best soundtracks in the series to date.

Fast forward a year or two later, and here I am with the awesomely packaged and totally complete Resident Evil 5 soundtrack on my desk. The weather outside is gorgeous, and the sun is shining through the skylights in my third-floor bedroom; there is a gentle breeze coming in through the open windows. It's a picture perfect day out here in this Bostonian suburb, but I am hunched over my laptop typing feverishly, noticeably tense from the music that is coming through my headphones. This is a fitting metaphor for how successful Suzuki was in his leading role; the main focus of the game is "fear in the light", terrifying the player in openly designed levels, often in broad daylight, through intense music and hazardous and claustrophobic action sequences. The game's locale is quite a departure from previous entries in the series, but as a whole the gameplay itself is more comparable to Resident Evil 4 with Wesker superpowers than it is as a true evolution and development of the series. The game takes place under the bright sun of Africa and Suzuki and his few co-composers took this into account while creating the aural soundscapes and general feel for the soundtrack of the game. You'll hear distorted wind chimes throughout the discs as well as traditional tribal drums and stringed instruments, yet the new style doesn't deviate too far from the music from the previous entries and is seemingly the next logical step in the series' musical progression. After the mostly ambient and fairly unmelodious Resident Evil 4 soundtrack, Suzuki has continued on with bits and pieces of that soundtrack's style but has given the music his own voice and has imbued more melodies and traditional instruments into the score easily making the Resident Evil 5 soundtrack the most accessible score in the series' catalog.

While the three discs on the album are not super long and do have the occasional short track or two, the flow of the discs are never broken up by unnecessary jingles or loud, obnoxious action themes that derail the experience (here's looking at you, Resident Evil 0). The tracks seem to flow into one another effortlessly, making it difficult to single out tracks that deserve to be listened to more often than others, providing more of a continuous experience with enjoyability that rivals almost all of the previous entries in the series. While the album does take a new turn with the inclusion of traditional instrumentation, the series' past is not forgotten. The several "Majini" themes share similarities with Resident Evil 4's "Ganado" tracks as tense electro-ambient themes that get more intense as the album spins on, providing mostly melody-less tension for the countless battles in-game; consider this a nod to Uchiyama's work on the series' preceding entry. In lieu of a safe room or in-level save points, Capcom decided to save via menu screens after each chapter, scored by Suzuki's "Result", which hearkens back to the original Resident Evil safe room music with noticeable influence from Resident Evil 4's "Save Theme". Yet Suzuki still manages to find a place in the track to incorporate some ethnic influence with a calm and meandering wind instrument that gracefully drifts across the familiar instrumentation from the series' past save themes. This track typifies the soundtrack's sound as a whole: something familiar given new life with a bit of a twist. Even the ambient themes are captivating and are, at times, reminiscent of Suzuki's work on Devil May Cry 4, which is to be expected given his history at Capcom.

The action themes from Resident Evil 5 are really tense, thanks to the added instrumentation and tight orchestral samples throughout. "Gigantic Attack" keeps the blood flowing quickly with its sporadic and frequent orchestral hits suspended over a fast militaristic drumline while "Two on Two" is a bit reminiscent of Code Veronica with some added tension and "Krauser"-inspired symphonic accents. Interestingly enough, as the album spins on and reaches the third disc, the Majini themes take a turn with "Majini IX -in flames", something quite different from both the preceding battle themes as well as the previous Majini themes due to its triumphant and surprisingly melodic structure. "The Final Curtain" vaguely hints at "Final Battle" from Resident Evil 4, but what I can assume is the final battle theme proper is "Deep Ambition", an epic track that is driven by its rhythm section and loud explosions from the brass section of the instrument set.

While I've been praising Suzuki for his compositions, he did not work alone and the support he was given broadens the album's breadth and provides some equally captivating themes as well as some melodic counterpoint to the soundtrack's ambiance. Hideki Okugawa's "Voice of the Darkness" sounds ripped right off of a Devil May Cry disc, and his tense boss theme "Flying Nightmare" is a great marriage of RE-style tension with a bit of influence from the DMC series, complete with a discordant string ensemble and almost mechanical electronic samples that keep the tension riding high. Akihiko Narata also composes memorable themes such as the orchestral "Evil Mutation", but his compositions seem to be more on the action end of the spectrum while Suzuki and Okugawa have a better balance of material.

Despite being lauded for having over fifteen minutes of live orchestral music in the game, there are only two properly orchestrated tracks on the album courtesy of Wataru Hokoyama. They are the album's premier track, "Opening - Chris' Arrival- (Original Ver.)" and one of the album's closing pieces and reprises, "Pray -Theme Song- (Original Ver.)". Throughout the album there are other pieces credited as digital versions, which are still riveting, especially in the case of "Deep Ambition", despite being fully synthesized. It seems that the full-orchestral versions were only featured in the Biohazard 5 Selection Track as a pre-order bonus with the Japanese game. The original vocal line introduced in "Opening" is fully reprised in the haunting vocal theme "Pray", providing some chilling thematic bookends to the album. The proceeding electronic tracks are best suited to the end of the third disc since they don't break up the flow of the album (three cheers for Capcom's presentation on this one) but are still well worth a few spins, especially the gossamer drum 'n bass of "Dreamy Loops" and the melodious trance of "Rust in summer 2008" that sounds akin to some of the character themes from the recently released Street Fighter IV.

Frightful without being oppressive and intense without being overbearing, the Biohazard 5 Original Soundtrack is a perfect blend of fear and action that doesn't lean toward one direction predominantly but instead maintains a dark balance between the two throughout its entirety. Despite being spread across three discs, something that usually works against an album rather than for it, Suzuki and his colleagues have collaborated on an impressive scale and have produced a huge album that flows just as well as it frightens. Surprisingly accessible on a standalone basis, I find it hard not to wholly recommend the Biohazard 5 soundtrack from the deep, dark recesses of my Plaga-infested heart.

Here you can freely listen to preview tracks from Resident Evil 5 Original Soundtrack. Album was composed by Акихито Нарита / Hideki Okugawa / Кота Судзуки / Seiko Kobuchi / Ватару Хокояма and was released on May 26, 2009. Soundtrack consists of 86 tracks tracks with duration over more than 2 hours. Album was released by Sumthing Else Music Works.

Tracks preview provided by iTunes. If you like Resident Evil 5 Original Soundtrack, we strongly recommend to buy it. Support composers, artists and performers so they can release more music in the future. Prices and shops where you can buy it are at the right column. 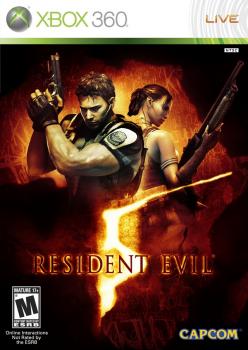 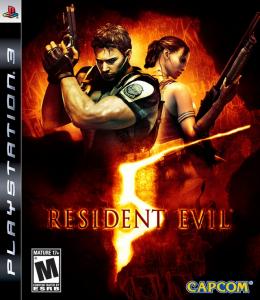 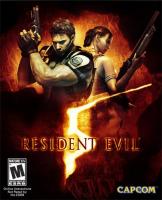