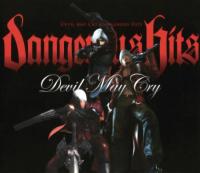 The music for the Devil May Cry series was an obvious target for a compilation album. The series has always been popular for its main themes and rock-influenced action tracks. However, its full soundtracks haven't always been undesirable for casual fans given their superfluous event themes, less accessible creations, and expensive pricetags. To commemorate the series' fifth anniversary, Capcom thus compiled a one disc compilation featuring 24 of the most popular themes from the first three games. They also included a short bonus disc featuring two exclusive compositions and a bonus arrangement. Will this album satisfy casual fans? Can it possibly be worthwhile for those who already own the series' soundtracks?

Opening with a nine track selection from Devil May Cry, "The Theme of Sparda - Devil Sunday" introduces the excellent main theme for the soundtrack with gothic chorus and organ. However, the extensive and intricate "Cathedral" theme would have provided a more impressive introduction, as it did previously in the Devil May Cry Sound DVD Book. "Public Enemy" ensures the album gets straight to the heart of the action with a mixture of hard electric guitar rhythms and dazzling electronic melodies. The classic "Lock & Load" also makes an appearance. The grungy bass-driven boss themes for Phantom and Griffon are present, but unfortunately at the absence of Nelo Angelo's timeless theme. Emotional additions are "Statue of Time", a gorgeous vocal-led theme that mixes spiritual and ethnic influences, and "The Theme of Eva", a mild piano solo supported by sentimental synth. The final battle theme "Legendary Battle" recapitulates the gothic main theme in combination with furious electronic beats, distorted rock, and underworld cries. Rounding off the selection, the staff roll theme "Seeds of Love" features an elated instrumental rock piece and a vocal arrangement of "Trish's Theme".

The Devil May Cry 2 selection is limited to just seven tracks, but they're mostly good ones. The two-tiered opening theme "Dance With Devils" begins as an electronic action theme full of Dante's cockiness but later exposes the powerful if somewhat generic main theme on gothic choir. While the normal battle themes were weak in the game, the best two — "Shoot the Works" and "Wings of the Guardian" — make welcome appearances here. "Realize, Regret... Resolution" and "Sacred Tears" reflect the strong emotional and thematic core of the soundtrack with tragic renditions of two major themes on piano and strings. The final battle theme "Ragnarok" does not disappoint, combining the series' typical rock, electronica, and voice work with dissonant organ work and stunning lyrical interludes. The staff roll theme "Heads or Tails" satisfies with a catchy light rock theme in the first half and a reflective choral interpretation of the main theme to conclude. As with the previous selection, it's bizarre that no area themes were included here, since they were at the heart of the colour and emotion of the early Devil May Cry soundtracks. That's the main problem with these selections, though there are some other notable absences.

The eight track Devil May Cry 3 selection is almost entirely action-oriented. The iconic opening battle theme opens the selection with distorted rock riffs filled with Dante's cocky character. The heavy metal component of the soundtrack is reflected by "Out of My Way" and "Gigantic Guardian". While a select taste, the decision to integrate them was a good one since they fit the attitude and tone of the revised franchise well. The biggest highlights of the selection are the three battle themes with Vergil, each of which is introduced by an appropriately epic event theme. Hasegawa's "The Encounter" is an adrenaline-pumping blend of rock and techno forces that takes an introspective turn to capture the emotions of the feuding brothers. "One More Game" ups the ante with aggressive racing bass riffs and epic use of orchestra and chorus leading to an unbelievably emotional incorporation of the main theme prior to the loop. "Blood on Blood" is a jaw-dropping full orchestral finale that incorporates multiple sections to set the stage, contrast anti-hero and villain, and recapitulate the main theme. Following the orchestral event theme "Conclusion", the selection is wrapped up the highly enjoyable staff roll theme "Devils Never Cry", which cleverly blends heavy metal with a new take on the main theme.

The album also features a 8 cm disc containing three bonus tracks. Specifically created for Devil May Cry 3 Special Edition, "Vergil Regular Battle" is a straightforward arrangement of Dante's first normal battle theme. It blends the rock riffs and heavy metal vocals of the original with buoyant electronic beats. "Jester Battle" is an experimental and well developed theme to accompany the bizarre bonus encounter with Jester. It blends the typical rock-electronica style of the soundtrack with the mischievious repeated xylophone notes used to portray the character in several event themes. The exclusive arrangement "Devils Never Cry Remix" integrates laidback electronic beats and dabs of piano into the original material. While better than nothing, the mix is quite superficial and repetitive, not to mention completely inappropriate. Overall, the bonus disc has some novelty value, but even big fans of the series' music can live without it.

This album is intended for very casual fans of the music of the Devil May Cry series. It contains most of the really memorable themes for the series — the opening and staff roll themes, heavy metal tracks, and several other battle themes — so will satisfy the desires of those looking for just these themes. However, those who enjoy the series for its colourful fusions and emotional highlights might feel underwhelmed, since there isn't a single stage theme featured here despite their importance in the first two soundtracks for the series. Many will also note other major omissions — such as the battle themes for Nelo Angelo or Arius — that are inevitable in a one disc compilation of three massive scores. Big fans of the series' music will be better off sticking to the full soundtracks and the bonus tracks here are certainly not enough to make this a worthwhile additional purchase. Overall a decent but limited compilation.

Disc 2 is a special 8cm disc.
Track 1~2 Devil May Cry 3 Special Edition
Album was composed by Kento Hasegawa / Тэцуя Сибата and was released on September 27, 2006. Soundtrack consists of 27 tracks tracks with duration over more than hour. Album was released by Suleputer. 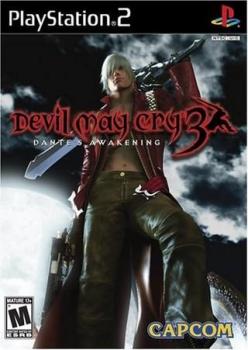