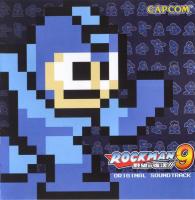 It's been 12 years since the last classic Mega Man game came out in Japan. The announcement of Mega Man 9 took the world by surprise. More importantly, the information revealed about it was even more shocking. Developed initially for the WiiWare, Mega Man 9 would see the series return to his original roots, that of the NES era. This meant that both graphically and musically, Mega Man 9 would become more of a tribute to the oldest fans after years and years of substandard entries into the Mega Man universe. The producer even wanted the music to rival that of the most famed of the series' games, Mega Man 2. Does the team behind Inti Creates succeed in capturing this sound?

The meat of any Mega Man soundtrack is definitely in the stage and boss themes. The two boss themes, "Boss" and "Wily Machine," take drastically different approaches to one another. "Boss" features a very suspenseful bass line, accompanied by an equally mysterious melody. While it's not my favorite of the Mega Man boss themes, it ranks up there due to its uniqueness. "Wily Machine," on the other hand, is easily the superior of the two. While not nearly has suspenseful as the lesser boss counterpart, this boss theme has a techno sound to it, mixed with a melody that throws in hints of heroism and screams "This decides the fate of the world!" It's an excellent piece and I can't wait to hear its arranged counterpart.

The Robot Master stage themes definitely harken back to the days of old. "Concrete Jungle" is perhaps the most classic sounding of all the themes. It features an excellent melody that is energetic and bouncy and is one of the more motivating pieces on the soundtrack. "Thunder Tornado" is a theme that many familiar with Mega Man 9 came to know prior to soundtrack release, as it was used in the trailer for the game. While it is one of my least favorites of the boss stage themes, that doesn't mean it's bad. In fact, it also features a fantastic melody and an almost jazzy nature. "Splash Blue" is another excellent theme that fits the water nature of the boss quite well. It's mysterious, has some nice woodwind chip tune sounds, and provides a pleasant melody to boot! My personal favorite, "Plug Electric," reminds me a bit like "Quickman Stage" from Mega Man 9. While the melodies are completely different, there are a lot of sound effects in the background that remind of this. The melody itself is another one that has that classic sound to it and has an adventurous tone to it.

"Jewel Temptation" is another one of the better stage themes. Featuring an extremely catchy melody and some nice countermelodies, it seems to have a "sparkling" effect, as corny as that sounds. It's an infectious piece that relies on a strong melody. Too bad it's one of the shorter stage themes on the soundtrack. The next theme, "Hornet Dance," from what I've gathered, is a "hit or miss" theme. While it's one of my favorites on the album, mainly due to its extremely catchy melody and how the piece progresses, some find it to be rather lackluster. Both the fragmented sound in the beginning followed by a nice B section makes this one worth listening, but you may not like it as much as others. "Magma Burning" is another one that follows in the vein of "Thunder Tornado." One of the more "modern" sounding chiptunes, it offers a fantastic melody that sounds heroic at times and dangerous at others. The countermelodies are also quite nice. The last Robot Master stage theme, "Galaxy Fantasy" reminds me a lot of "Starman Stage" from Mega Man 5. While much quicker in pace, the entire chiptune has a very spacey atmosphere, and while it's one of the weaker entries on the soundtrack, I do find it quite charming.

The true gems of this soundtrack, however, belong to the Wily Stage themes. While in past Rockman games, I usually find an extremely excellent piece followed by a much weaker piece, all four stage themes on this soundtrack are top-notch. When I first started listening to the Wily Stage themes, I honestly hoped something would be able to dethrone "Wily Stage 1" from Mega Man 2. Unfortunately, none were able to do that, but as a whole, I feel that these Wily Stage themes are the best of the bunch. "Flash in the Dark," the first stage theme, offers that "go get 'em" attitude. The variety of chip tune effects makes for an exhilarating start as you tackle Wily's Castle. The melody is top notch and one that you might find yourself humming after a while. "We're the Robots," the second stage theme, is my personal favorite. Featuring a melody that sounds like it was inspired by Asian soundscapes, it's a bouncy piece, yet boasts a small sense of seriousness with it. This is another one I'm really looking forward to being arranged. The third stage theme, "Strange World," has one of the more classic Rockman sounds to it. Suspenseful, yet energetic, it provides a nice sense of urgency as you near the end of Wily's Castle. While "Castle of Evil" is the last of the stage themes, and subsequently the shortest, it still has some potency to it. It's another suspenseful piece with a groovy melody. It's the weakest of the bunch, but there is a bit of charm to be found in it.

While there are two special stage themes, "Endless Scramble," and "Maze of Death," as they aren't part of the core game experience, I won't include them in this review. They are quite nice and borrow some elements from the boss stage themes. In addition, some of the themes heard on this soundtrack are taken straight from Mega Man 2.

The Rockman 9 Original Soundtrack is a return to a classic sound seemingly long lost due to the advancement in technology. While there are games that feature classic sounding pieces, such as the Etrian Odyssey series, no game has focused purely on the origins of video game music. The composers behind Iinti Creates, more known for their Mega Man Zero and ZX series contributions, did a very successful job at recreating a bygone era. As for whether they succeeded in surpassing the older Mega Man soundtracks, that's all a matter of opinion. In this reviewer's mind, this one will have a much more lasting impression, as the melodies are much stronger and the Wily Stage Themes are highly intoxicating. While I don't consider this the best soundtrack release of 2008 thus far, I find it a highly enjoyable experience and it was nice to hear a blast from the past.

Limited first prints include different Rock Badges depending on the type of Japanese store you've ordered from. 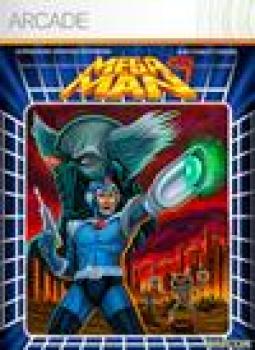 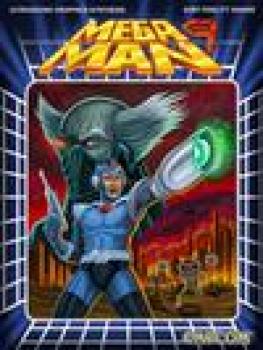