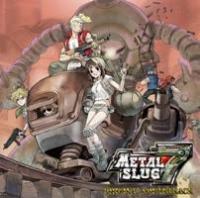 Metal Slug 7 marks the first official continuation of the series into a portable gaming platform. Released for the Nintendo DS, this installment proved to be somewhat stale entry in comparison to the more successful "revival" of Metal Slug 6, due to the over-recycled material and ideas introduced since when Metal Slug was still kicking Contra's ass. Toshikazu Tanaka returned once again to score the soundtrack for the game and he too re-used his previous style and ideas from Metal Slug 4 and Metal Slug 3D. This is, of course, not a negative, as Tanaka clearly has a lot of fun with what he creates, has pretty much mastered the style, and is rather versatile while using orchestral palettes for his music. Benefiting from good instrumentation, neat musical ideas and some catchy composition, the soundtrack is very effective in-context while still managing to be enjoyable as a stand-alone listen... to a certain degree.

The music of Metal Slug has always been memorable and it' tunes have stood the test of time rather well. Fortunately for us, Tanaka shows (and has always done) respect to the classic themes and, for the Metal Slug 7 soundtrack, arranges some of the best themes. "Barracks", serving as the character select screen, has never sounded more fun. The synth boost really makes the track stand out, and is pretty faithful to the original in every aspect. Definitely, a cool way to start the album. The other memorable jingles "Carry Out" and "Gravestone" benefit in the same way. Even more interestingly, the minimalistic "Military System" maintains the same tempo and musical elements, but strangely the superior audio quality gives to it a different edge. I really like how realistic it sounds, and the repetitive but catchy militaristic motifs never get old.

Still, who wants to hear about jingles, right? The real meat of the score are the stage themes, and the arrangements of the classics "Assault Theme" and "Final Attack" are absolutely fantastic in that respect. My personal favorite is the former, as it actually improves over the original. Starting with an explosion, the track immediately becomes an aggressive and unforgivable war anthem. It's frantic, intense, and fits the hardcore action moments like a glove. Tanaka ups the ante with some furiously fast electronic percussion while maintaining the complex melodic passages of the original. Simply put, an intense and unconventional military theme that forgives no mistake.

"Final Attack", on the other hand, is "softer" than its previous incarnations. It's completely identical to the original: epic, heroic motifs with a military spirit, and some superbly catchy melodies. But Tanaka's arrangement this time differs completely from his previous Metal Slug 5 version, which was an intense heavy metal makeover that rivaled the original. This time though, he shifts it into a radiant orchestral theme, with epic string passages, military-sounding trumpets, and some really beautiful violins solos that, of course, reprise the original and memorable theme that made its debut since the first game of the franchise.

Still, despite the awesomeness of the classics, Tanaka manages to create compelling and enjoyable original compositions by himself. "Scrap Island" subtly reprises various motifs from the main theme of Metal Slug. It's a catchy theme, that manages to gets things started for the rest of the album. Later, "Coal Mine" strikes the listener with some really catchy string and trumpet melodies, along with some eerie operatic vocals. Even more impressively, "Underground Fortress" has an upbeat and triumphal intro, later shifting into a fast-paced and urgent orchestral theme with some great tribal percussion, along with some catchy motifs, making the track very memorable. "The Waterfall" meanwhile is a vigorous, heroic, and awesomely melodic composition... It's a great theme that is inspiring for great adventures.

That said, there are some more serious orchestrations on the score. "Ruins Base" is slow, dramatic, with moving string harmonies. Without a doubt, a stand out of the score, due to its good use of militaristic motifs, while being even emotionally engaging at times. Strangely enough, a certain string section slightly remind me of the Chrono series for some reason. "Snowy Country" is a catchy, fast-paced orchestral theme, with complex developments and some great instrumentation. I like how the music features heroic, dramatic, and military motifs all at the same time, managing to build tense and moving moments while listening to the music.

Moving towards the climax of the soundtrack, "The Beginning is the End" would fit in a JRPG like a glove, standing out as a battle theme because of its action-oriented nature, complex progression, and addictive melodies. One of the most memorable and unique tracks from the bunch is, undeniably, "Combat School", with its awesome percussion, rhythmic electric guitars, catchy trumpet and synth melodies, and in certain parts, a sweet jazzy piano. It manages to be an energetic and really enjoyable theme that inspires for some really fun ass-kicking. Listeners are also given a rhythmically bizarre track "Beast of Beat 9/8" to represent an epic boss encounter, following the tradition of the series once more.

The Metal Slug 7 soundtrack is undeniably effective, catchy, well-executed, complex and even emotionally moving at times. However, it falls somewhat prey to its own formula and most of the compositions end up sounding sometimes samey, due to the stylistic nature of the music that is repeated throughout the soundtrack. It's still an awesome ride, since Toshikazu Tanaka never disappoints with his entertaining compositions, revealing something new with each listen. The soundtrack is more likable after consecutive listens, since on the first time it can be tiring or generic. Note that, unlike other entries of the series, this score was only released digitally and has never been exuberantly boxed. Ultimately, a great entry for the series, effective in context and really enjoyable as a stand alone listen.

Показать
25.08.2008    1418
Album was composed by Тосикадзу Танака and was released on August 28, 2008. Soundtrack consists of 18 tracks tracks with duration over . Album was released by Team Entertainment. 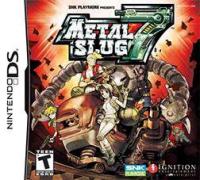