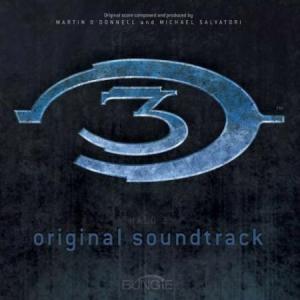 You know they let me pick? Did I ever tell you that? Choose whichever Spartan I wanted.

In the world of shooter games innovations are usually mercilessly extirpated. Wanna have good sales figures? Sit quiet and make another Fat Cry or Doom or Half Life – rarely the market accepts something vastly different. Those who venture to create a groundbreaking product will be strictly punished up to the studio’s bankruptcy. Examples are plentiful – the very Tribes or System Shock appeared to be fairly commercially unsuccessful. When announcing their first shooter “Halo” at NVIDIA's conference in 1999, “Bungie” took the greatest risk cause there were lots of innovations in this game. A very important role of open spaces, a completely new health system and a special emphasis on a story line are present in Halo 3. Moreover the storytelling requires an inspiring soundtrack, which in its turn involves a wealthy investor. A year and a half hadn’t yet elapsed when “Bungie” lost its independence and established partner relationships with Microsoft Game Studios, Halo became known as an exclusive product for Microsoft's Xbox and six-figure sums started flowing to the needs of the major project of the platform.

Almost 2 years of intricate work ended up in a really great game on all counts. A captivating storyline, fabulous graphics, high dynamics and an awesome heaven-like epic soundtrack – it’s all Halo. This game is likely to be the first FPS (First Person Shooter for you non-gamers) with an expensive, mighty and wonderful soundtrack. Furthermore it was somehow innovative just like the game. Not every composers’ mind will cross the idea of mixing Irish folk and electronic music, drum’n’bass and a twenty-four voice choir and a sixty-piece orchestra. Martin’s O’Donnel became an exception. And due to this he received all possible rewards and premiums and, of course, firmly entrenched himself as an irreplaceable series’ composer. The second part appeared to be a typical sequel: faster, better, stronger, more epical. It affected the OST either. And now it’s about time for a final chapter in the thrilling Halo Trilogy.


The way the world ends.

The audio track of the third part finally stopped being a collection of monumental themes and became a valid symphony. Each track flows so nicely that you'd think it to be a one big masterpiece, which is certainly a fine way of describing this soundtrack. There is an obvious leading motive and a general atmosphere, which gets through all the compositions. The opening track of this symphony is Luck. The agitating flutes, a choir softly entwining with the composition, familiar notes – this part arouses some feeling of a prelude to something big. Then goes the drumming Released again with soft choir touches and with some light electronic additions. It gives a cosmic mystery to the soundtrack. And so on and so forth.

Generally speaking the OST is strictly divided into 2 parts – orchestral epic and kickass electronic music. And due to the specific O’Donnel’s style these parts don’t look extraneous, when come face to face. Many familiar themes make a return, but they sound fuller and more thematic deeper, richer, more thrilling and much more epical this time around (most probably the word “epic” was a devs’ buzzword).

Some tracks are deeply inclined to strings participation beside the choir, e.g. Honorable Intensions. The others – to clear pumping drums, for example, Last of the Brave, which is a remake of the ideas of the first part in essence. There are also tracks almost of one choir accompanied by electronic sounds and guitar riffs like Out of Shadow. You can find in this OST plenty of various tracks. Two CDs are is wonderfully diverse and could just as well be a soundtrack for any piece of art you can imagine. Sometimes you even catch yourself feeling that it wasn’t music that was written for the game but the game was being designed according to the Martin and Co’s work.

One can’t fail to mention program compositions, which thrill you so much that you feel your heart skips the beat. Since the first game score the legendary Halo suite got rid of the most of instruments and plaintive guitar licks. It regenerated as a choir-piano Finish The Fight, which makes you twist uneasily in chair from feeling of something great, ethereal, magic and really colossal. A similar feeling can give you a melancholy track entitled Never Forget, an epical Halo Reborn and lots of other amazing compositions creating the very atmosphere of the series, and not only by music.
In the end I can say only one thing. Hey, reader, wanna feel the atmosphere of the great game saga in full? Listen to Halo 3 OST. Finish the fight!


Were it so easy.

84 persons took part in OST recording. No samples. Live music only.
What is cool is that they got half the cast of the TV series Firefly to do voices. Nathan Fillion plays the voice of a Marine Sergeant and he is joined by his Firefly co-stars Adam Baldwin and Alan Tudyk who both voice marines. At one point early in the first mission, Fillion identifies himself as "[Sergeant] Reynolds" over the radio, referring to his character's name from Firefly. All three actors are given personalities in the game that match those of their characters from Firefly. And Zoic studios which is working on CGI-effects for these series also produced some visual effects for Halo 3 as a Cinematic Animation Partner.

Halo 3 did USD 170 million in sales in USA alone in its first 24 hours, that would put it ahead of cinematic releases like the execrable Spider-Man 3 and novels like Harry Potter and the Deathly Hallows. And the Meg White sex tape.

The conclusion (for now) of a highly influential trilogy of first-person shooters, Halo 3 was every bit the blockbuster its two predecessors had been. Largely an evolution of the previous games kicked up to high definition on a next generation systems, the game broke sales records on its release, though the hype machine wasn't quite as overblown as it had been with Halo 2. Considering the sales success of Halo 2 Original Soundtrack Vol. 1, the best-selling video game soundtrack of all time on its release, it was a given that composers Martin O'Donnell and Michael Salvatori would return.

As with Halo 2, Halo 3 is an extension of the series' trademark sound: high energy electronic music, orchestral contributions from the Northwest Sinfonia, and a choir, mixed together in varying proportions. This mix is as potent as ever, and the opening "Sierra-117," "Crow's Nest," and "Tsavo Highway" are perhaps the strongest example yet of the Halo sound. The Earth-bound tracks are accentuated with a light African flavor, and they offer several strong restatements of series themes (such as a magnificent "Walk in the Woods" rearrangement in "Another Walk").

The music becomes a bit more diffuse in the middle with lengthy sections of ambient dissonance in the "Floodgate" section and, to a lesser extent, "The Covenant" and "Cortana." This mirrors the weaker parts of Halo and Halo 2, as the Flood material is largely a reprise and rearrangement from the earlier scores. There is enough interesting material included in each suite to allow listeners to slough through, generally speaking — a sign of a better-produced album than its immediate forebear.

Sumthing Else Music Works issued Halo 3 as a single two-disc set, dropping the split albums and most of the superfluous rock songs that had muddied the Halo 2 release. Like Halo 2 Original Soundtrack Vol. 2, the music is arranged into "frozen playthrough" suites, approximating what a player would hear when beating the game. While it's still somewhat frustrating to have to skip forward for material at the end of a suite, they are better-produced than the suites from Halo 2: shorter, more consistent, and fully labeled for anyone who wants to break them up with an audio editor. The selection of music is also extremely comprehensive, with two hours on disc representing every major cue (and even a few unreleased tracks). Only one short rock song (conveniently located at the end of disc two) is included.

While the original Halo represents the best album presentation of the music (as suites mixed with individual tracks), and Halo 2's expanded sound is offset by a difficult album situation, Halo 3 offers the best of both worlds: generally good arrangements of the ultimate evolution of O'Donnell and Salvatori's sound. If fans were to limit themselves to a single Halo album, Halo 3 is the best candidate.


Показать
13.11.2007    1583
Album was composed by Марти О'Доннэл / Майкл Сальватори and was released on November 20, 2007. Soundtrack consists of 32 tracks tracks with duration over more than 2 hours. Album was released by Sumthing Else.

Sounds like A Cappella, Ambient, Choir, Classical, Rock - that's what we can say about this album. 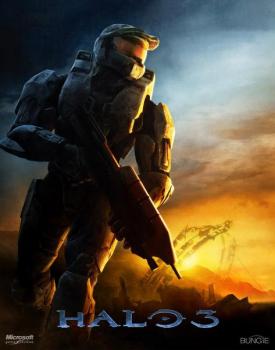