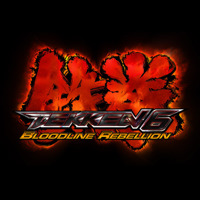 A wide range of new themes were created for Tekken 6: Bloodline Rebellion. Of the new stage themes, Shinji Hosoe's "Fist Festival" stands out as one of the most eccentric. It blends an ethnic guitar line with a hardcore electronic beat to perplexing effect. Not only is this one interesting outside context, but it's also effective for representing one of the nmore bizarre stages added for Bloodline Rebellion — the Fiesta del Tomate. Even stranger, Keiichi Okabe's "Yodelling in Meadow Hill" combines a female yodeller with a cute accompaniment to produce one of the strangest yet entertaining themes in game music.

Of the orchestral stage themes, Ryuichi Takada's "Midtown Roars", in particular, is very string-focused. It features lots of heavily emphasised staccato down bow movements in the lower violin part, combined with a gorgeous sweeping melody taking control of the top part of the track. To make this piece particularly aggressive and dark, Takada has added a taunting yet catchy bass in the background, highlighting the concept that something ominous is lurking. There are also some rock additions to the soundtrack, most notably "Tunnel Disaster". On this track, Rio Hamamoto blends deep bass, eerie background, vocals, and terrorising overlying guitar segments to shock effect.

While the majority of the additions were stage themes, the sound teams also crafted a number of supporting themes. For example, Rio Hamamoto's "Burning" serves as the opening theme for this version, though lacks considerably in length and diversity to the opener of the console soundtrack. Keiichi Okabe meanwhile offered the character select theme "Dust Thins Out" and the name entry track "Dust Comp". Both are electronic tracks and the latter is surprisingly reminiscent of Daft Punk overall. Of course, Ryuichi Takada took the time to create an obligatory staff roll theme for this version and ultimately departs the soundtrack on a very trippy note...

The music of Tekken 6: Bloodline Rebellion is definitely more eccentric and daring than the music from the original Tekken 6. However, it also has the feel of being additional music, rather than a defining aspect of Tekken 6. Those who are seriously considering these tracks might want to seriously consider importing the full three disc physical release instead, since it presents the music in a more rounded context and is bathed in other goodies from the original Arcade release and console adaptation of the game.