Shadows of the DAMNED Original Music From AKIRA YAMAOKA 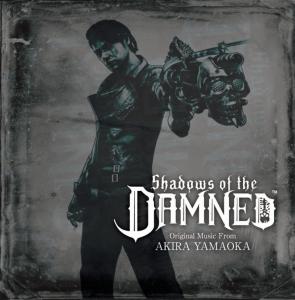 Shadows of the DAMNED Original Music From AKIRA YAMAOKA
Front

After completing the score for Silent Hill: Shattered Memories, Akira Yamaoka left Konami to join Suda51's Grasshopper Manufacture. He contributed a few tracks to the creator's next game, No More Heroes 2, and began working on their upcoming collaboration with Shinji Mikami, the creator of the Resident Evil series. This would become Shadows of the Damned, a game combining elements of action and horror, much like Mikami's very successful Resident Evil 4. The game was published by Electronic Arts, but Grasshopper Manufacture retained creative control, and the game's off-beat humor was certainly the product of its creator. In addition to a song composed by Yamaoka and performed by English punk rock band The Damned, Yamaoka brought with him his normal collaborators, Mary Elizabeth McGlynn on vocals and Joe Romersa on lyrics.

In a short note, Yamaoka describes the Shadows of the Damned soundtrack album as a "sound movie", a journey through the game's demonic setting via its music. Like many of the Silent Hill soundtracks, this disc does not have all of the game's music, and the omissions have drawn a significant amount of ire from some fans. The album, which is slated for digital release after the limited physical version is sold out, is intended to be listened through, "track by track", as its composer says. As with several of the Silent Hill soundtrack albums, Yamaoka facilitates this by connecting the tracks, sometimes emphasizing similarities between them, sometimes deliberately contrasting dissimilar sounds or moods. Abrupt endings abound.

The album begins with "An Ordinary Life", an extended solo for the less than ordinary duduk. The timpani and cymbals add an unexpected dimension to this otherwise simple opener. The following "Take me to Hell (Broken Dream)" is a hard rock song in the vein of "One More Soul to the Call", albeit more developed. Troy Baker takes lead vocals, with McGlynn providing support, and they work together well. It opens with some heavy riffing, which dissipates at the slow broken chords that back the verse. The chorus returns to the heavier, more distorted sound of the opening, and after the second chorus fades, a faster section closes the song.

The final cymbal resonance seems to segue right into the gong heard at the beginning of "Cannibal Carnival". The relaxed sound of the track's echoing vibraphone and synth patterns is in constant conflict with the shuffling, syncopated rhythm that undergirds them. The last bass drum hits of "What a Wonderful World" likewise morph into the electronic bass line of "Riders of the Lost Heart", which eventually dissolves into an atmospheric section with faintly buried bits of sampled soprano. Sampled vocals appear again in "The Big Boner" (oh Suda51), with a tenor voice chanting "alleluia" amidst a thick bass-heavy texture, and in "Justine for All", with its boy soprano (the same one sampled in Xenosaga's "Song of Nephilim").

Just as unsettling, but more reflective, the staggered bits of piano and synth in "It's a Bughunt" seem to compete for attention, stumbling over each other and over the steady rhythm. When string synth pads enter, it seems to stabilize the piece, but they, too, are moving at their own pace, and when the initial synth and piano are brought back at the end, they clash harmonically as well. Following the short song "As Evil as Dead", featuring nothing more than a piano and McGlynn's voice, "The Bird's Nest" is a direct arrangement of Silent Hill: Homecoming's "Witchcraft", but its echoing synth piano and pads follow the preceding song naturally, as if expanding upon it.

Yamaoka's sonic manipulation is as developed as ever, evinced particularly by "Ghost Hunter", with its sampled bits of jazz drumming and piano rumbling backed by a string bass plucked freely against this backdrop. The subtly warped piano chords of "Twelve Feet Under" recall Silent Hill 2's spacious soundscapes, and they lead into the McGlynn-sung "Different Perspectives" without a hitch. It begins almost as another score track, with its rhythm loop and echoing piano chords, and it is almost surprising when McGlynn's voice appears out of the texture. The song is the most successful trip hop song Yamaoka's done since Silent Hill Origins, and its constantly evolving arrangement repeats nothing exactly the same way twice. Its abrupt ending comes a moment sooner than expected, which makes it all the harsher.

Approaching the end of this "sound movie", "The Castle of Hassle" builds slowly off of a repeated loop with distorted bits of sound before an altered guitar tone enters. After a few more shifts, a distant synth call echoes repeatedly, before taking center stage at full volume. This is the beginning of "The Final Chapter", which develops organically out of the track that precedes it. The track closes with a descending line, like a question. The following "Til Death Do Us Part" is an instrumental rock track that builds in intensity throughout, finally culminating in the faster riffs opening "Shadows of the Damned", which show a different side of Yamaoka. David Vanian's vocals are surprisingly melodic, and lend the song a quality unique in Yamaoka's output.

The style Yamaoka employs here is an extension of the later Silent Hill scores. Adopting elements of trip-hop, ambient, and industrial, Yamaoka makes use of his training in design to shape sound, manipulating it to get precise nuances of timbre. As a soundtrack to the game, it may be incomplete, but Yamaoka has worked hard to create an album as cohesive as the better Silent Hill scores. It contains the elements that characterize the best of his work in its ever-shifting sonic landscape and its deft use of rhythm, including polymeter. Shadows of the Damned may not break significant new ground for Yamaoka, aside from the punk song that closes the disc, but it is a very solid album in the style that is very emphatically his own.

Sounds like Electronica, Instrumental, Region, Rock - that's what we can say about this album. 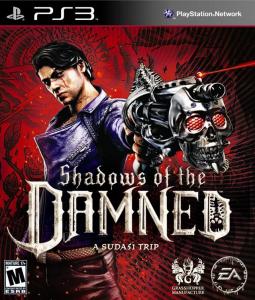 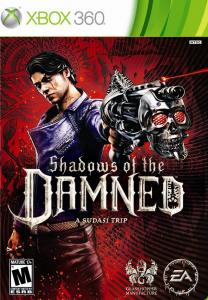