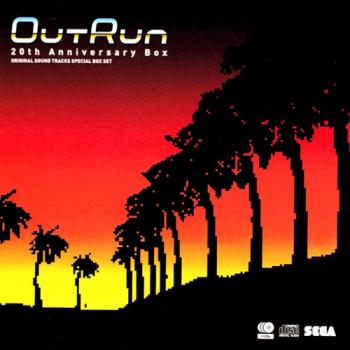 Now here's a box set and a half. In 2007, Wavemaster decided to commemorate their OutRun series of driving games with the OutRun 20th Anniversary Box. It featured the original scores for the main games in the series — OutRun, Turbo OutRun, OutRunners, OutRun 2, OutRun 2 SP, and OutRun 2006 Coast 2 Coast — along with their main ports, some bonus arrangements, and even a jingle collection. In total, the package amounts to eleven discs, 207 pieces, and just under a ten hour playtime. With the first print, there was even a bonus DVD featuring strategy movies and a video of the S.S.T. Band live. But can the OutRun series really sustain such a large box, given its music has tended to revolve around the four track score for the original game over the years? There's no simple answer to this question, although listening to this box set in full might give you a lifelong phobia of a certain 'magical' track...

The box set appropriately opens with the surprisingly impressive original Arcade tunes for OutRun. The original "Magical Sound Shower" is a definitive if potentially nightmarish classic. It blends samba beats, old-school melodies, and jazz improvisation into one six minute track. The result is memorable, rhythmically compelling, and suitable for driving to. The other two driving themes haven't quite attained classic status, but are still good. "Splash Wave" is quite a bit more rock-influenced and fast-paced than "Magical Sound Shower", although at its core is one of Kawaguchi's characteristically warm and naive melodies. "Passing Breeze", on the other hand, is the most relaxing of the set with a light jazz feel and rather smooth soundscaping. The sound version ends with the only other theme in the four track OutRun score, the high score music "Last Wave". It's rather short and superfluous, but nevertheless charming with its music box focus. While the score is short, it makes up for it with well-rounded pieces.

The various ports of the OutRun score tend to be unimpressive. On the fourth disc, there are PSG and FM sound versions of the Japanese Master System soundtrack. The sound quality is massively inferior due to the limitations of the console and most of the tunes have a very chippy sound. At least for the overseas version on the fifth disc, Sega took the wise decision to compose a few chiptune tracks — the spirited "Shining Wind", relaxing "Color Ocean", and more intense "Midnight Highway" — to replace the misfitting Arcade tracks. Still, the iconic "Magical Sound Shower" and easily adapted "Last Wave" remain. The other renditions of the OutRun score on the fifth disc are a mixed bag with the Game Gear version sounding primitive and the TurboGrafx-16 version being a little richer. The Mega Drive version on the sixth disc also lacks expressiveness, but at least benefits from Chamy Ishikawa's eccentric jazzy bonus track "Step On Beat". This track is one of a few secret goodies on the box set.

There are also renditions of the soundtrack from more recent ports. The Saturn version on the eighth disc is actually a massive step up since it streams Hiroshi Kawaguchi's arranged version featured on Yu-Suzuki Produces OutRun. The four classic themes sound better than ever with these stylish and extensively developed remixes. The extended jazz version of "Last Wave" and bustling remix of "Magical Sound Shower" are especially likeable. There is also the sound version for the faithfully replicated version of OutRun used as a mini-game on Shenmue II, though it offers little to the box set since it is similar to the Arcade version. If that wasn't enough, there is a fairly choppy Mobile and Game Boy Advance versions on the eighth disc. Finally, the ninth disc features a few exclusive arrangements of the score for the Sega Ages 2500 Vol. 13 - OutRun soundtrack. They're pretty straightforward rock-influenced interpretations, but pleasant enough. I guess most would have had a "Magical Sound Shower" overdose by the time they get to them, though.

The first unofficial sequel to OutRun, Turbo OutRun, also receives some much-needed attention on the first disc of the album. Rather than rely yet again on "Magical Sound Shower", this score tried to flesh out the series thematically with eight original compositions. Yasuhiro Takagi's two main contributions, "Shake the Street" and "Rush a Difficulty", introduce a harder rock element to the score. While not as elaborate as OutRun's theme, they compensate with decent hooks and sheer energy. Returnee Hiroshi Kawaguchi also creates a couple of rock tracks, "Keep Your Heart" and "Who Are You", but nicely hybridises them with jazz and tropical elements. Unfortunately, the four other compositions are little more than jingles built on repetitive chord progressions. It's hardly an iconic soundtrack, but it's still a solid listen. The FM-Towns port on the fourth disc is surprisingly high fidelity and Hiroshi Matsui introduces some very impressive streamed electric guitar performances to the score. Once again, the Mega Drive port represents a quality drop, though there are couple of very mediocre new compositions, "Shine Country" and "Night Ride".

There are a fair number of highlights in the Arcade's OutRunners soundtrack featured in the third disc. For one, Takenobu Mitsuyoshi offers remixes of the classic OutRun stage themes featuring a bouncy old-school flavour. As for original compositions, Takayuki Nakamura shows his flair for soft nu jazz soundscapes on "Blow Your Cool" and offers some dynamic rock infusions on "Sonic Control". Mitsuyoshi also returns with the groovy jazz improvisation "Adventure". The rest of the soundtrack features 18 short stage themes for the various locations in the game. The locations are well characterised, though the tracks are still little more than jingles, even the underwhelming "Stage Final". Compared with the Virtua Racing & OutRunners sound version, the track order has been revised and there are a few extra short tracks. The Mega Drive version on the seventh disc takes a hit in quality, though the music proves more adaptable than OutRun was. There are also some enjoyable original tracks, especially "Title Screen", "Travel Seaward", and "Staff Roll", not to mention a secret Christmas anthem.

The majority of the OutRun 2 soundtrack is featured on the third disc. A big advantage of this version is that it has a much more sensible track order, beginning with the opening themes, moving to the classic remixes and new stage themes, and concluding with a number of ending themes. The original themes are easily the big highlight. "Risky Ride" is probably the best hard rock theme in the series' discography while "Shiny World" presents utterly evocative electric guitar solo and bouncy piano support. There are also two high quality vocal themes, "Night Flight" and "Life Was A Bore", written in a rock style. The English lyrics about driving are a little contrived, but well done overall, while the female vocalists give passionate and heartfelt performances. The classic remixes are decent too with "Splash Wave" rocking hard, "Passing Breeze" fusing jazz, and "Magical Sound Shower" blending samba and saxophones. The rocking opening theme and diverse ending themes maintain the high production values, though are rather short. Overall the soundtrack a very enjoyable listen despite the relatively few pieces.

Later in the box set, there is a little more OutRun 2. The ninth disc also features the exclusive themes featured in the Xbox promo soundtrack. Most notably, there are Richard Jacques' remixes of the classic OutRun themes that should appeal to Western fans. They include the definitive version of "Magical Sound Shower" with sassy trumpet leads, upbeat piano riffs, percussive samba backing, and saxophone solos. Less impressive are the inferior instrumental and prototype versions of the four OutRun 2 original driving themes, which just bulk up the box set with more redundant material. A final highlight from the OutRun 2 console soundtrack, albeit clustered to the extra disc, is the vocal version of "Last Wave". It is a soft ballad by Takenobu Mitsuyoshi featuring soothing Japanese vocals against semi-jazzy piano backing. The culmination of the arrangement comes with the passionate vocals around the 2:48 mark and a gorgeous trumpet solo from 3:15 onwards. It's certainly one of Mitsuyoshi's most charming performances to date.

There are further arranged versions in the tenth disc for the exclusive soundtrack to OutRun 2 SP. Mitsuharu Fukuyama's take on "Passing Breeze" refreshingly fuses together the tropical, big band, and smooth jazz sounds of earlier OutRun pieces. Jun Senoue makes a guest contribution with his hard rock interpretations of "Splash Wave" and "Rush a Difficulty". This should delight Sonic fans out there and he even makes a comprhensive if typical original contribution, "Lift You Up!". The tenth disc features further exclusive highlights in the form of the soundtrack to OutRun 2006 Coast 2 Coast. These tracks tend to homage earlier soundtracks in the series. "Radiation" features Hiroshi Kawaguchi's OutRun-style blend of funk and tropical work while Fumio Ito's "Night Bird" is another rocking vocal theme similar to OutRun 2. They're both very enjoyable efforts. More surprisingly, the major themes from the Turbo OutRun soundtrack are revived in a series of jazz and rock arrangements. At last these themes receive the highbrow treatment they deserve.

The extra disc is the most off-the-wall. The first ten tracks demonstrate how riffs and melodies from tracks like "Magical Sound Shower" and "Rush a Difficulty" have been adapted into jingles for games such as Rent-A-Hero and Daytona USA. It's surprising that even shortened versions of the tracks have a very catchy effect. For all the "Magical Sound Shower" fans out there, there are amusing hip-hop, football anthem, and male ballad interpretations used for Crackin'DJ, Virtua Striker 4, and Crackin'DJ Part 2. They're all pretty gimmicky, but nevertheless professional done. A bonus arrangement of "Passing Breeze" is also taken from the Sega Piano Nocturne album; while a simple solo piano piece, many will feel endeared by it nevertheless. Richard Jacques also returns with a prototype remix of "Splash Wave". Following the aforementioned vocal version of "Last Wave", the disc ends with a music box version of the theme true to the original. At the end of the box set, it's sentimentality and nostalgia galore, which seems suitable given the memories people have of the games.

This box set is clearly quite a way to commemorate the OutRun series' big birthday. I wouldn't recommend listening to all ten hours of the box in full given you risk acquiring the well-characterised MSS Syndrome (characterised by an extreme phobia of magic, taking showers, and all sound in general). However, it's great to dip in and out of given there are all sorts of surprise arrangements or bonus compositions along the way. For all its strengths, the box set is far from a bargain. It is riddled with redundancy through inferior port after even worse port of the Arcade soundtracks and a number of the eleven discs will be completely pointless to most. To put things in perspective, there are an insane 30 different versions of "Magical Sound Shower" alone. It's still an amazing package and a collector's delight, but only a few will consider paying the 13440 yen for it, especially given the subsequent MSS rehabilitation costs.

The Set includes the arranged tracks of the "Yu-Suzuki produce Out Run" CD (MJCAX-00004) and the "OutRun 2" (SEGA-C005750-EU) Promotion CD.
The first Print comes with a Bonus-DVD: Out Run / Turbo Out Run Strategy Movie & S.S.T. BAND LIVE and an empty case for the bonus cd Out Run Sound Tracks - Complement - included with the first print of the OutRun 2 SP game for PS2 JP.

2001 Dreamcast
For "ShenmueII"
Out Run 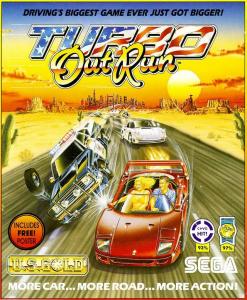 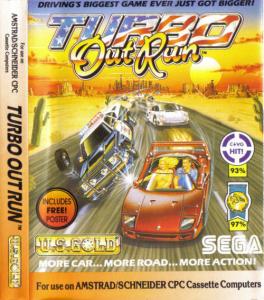 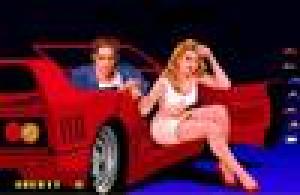 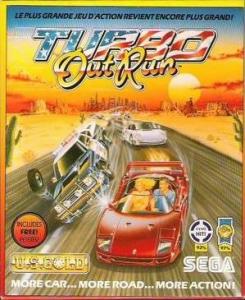 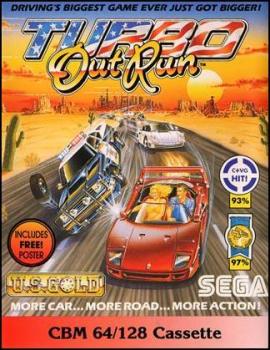 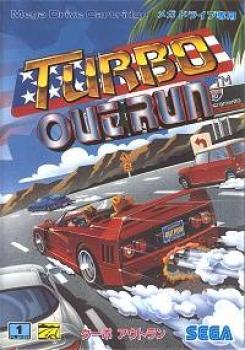 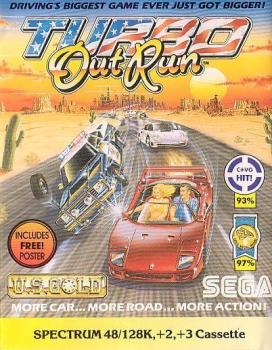 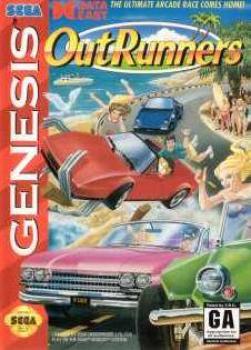 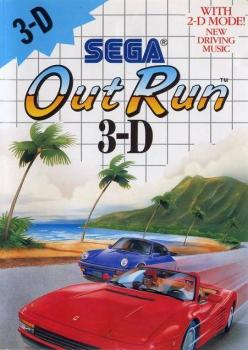 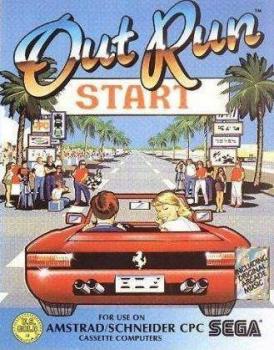 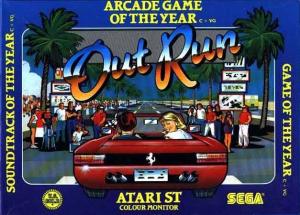 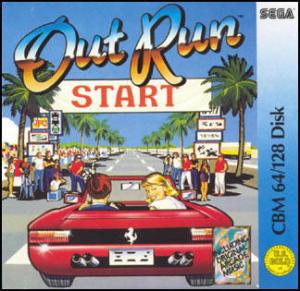 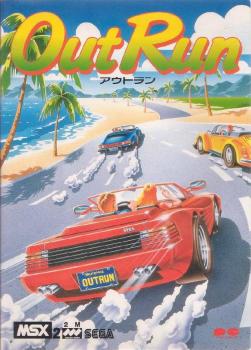 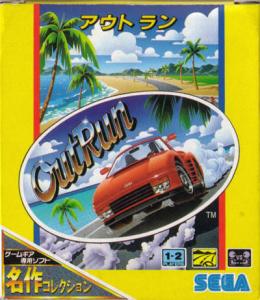 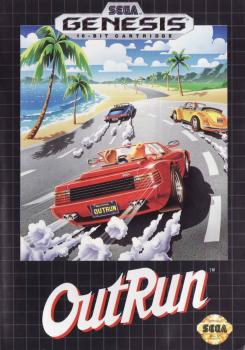 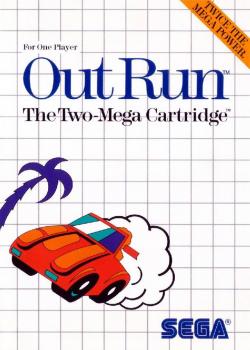 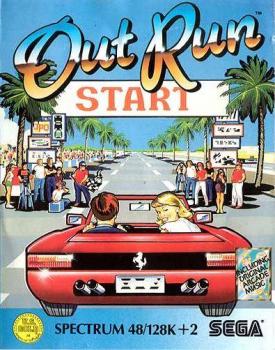