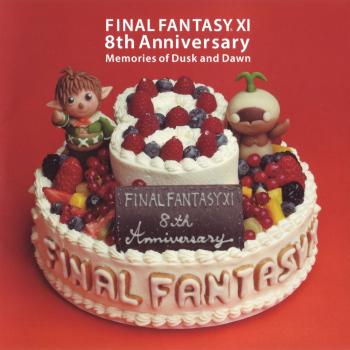 The discography of the MMORPG Final Fantasy XI has grown quite massive over the last eight years. Even after receiving a seven disc box set, new extension soundtracks and arranged albums were made for the title. In 2010, Square Enix decided to produce something for those who didn't have the money or interest to keep up — a 'best of' compilation for the series. This disc features 25 favourites from Final Fantasy XI and its four extensions, as chosen 'by fans, for fans' in a vote at Square Enix Members. Did this user-voting method work out? Is the resultant album representative of what the music of Final Fantasy XI offers? While many highlights are containing within, the selection still leaves much to be desired...

The Final Fantasy XI Original Soundtrack is commemorated with only seven tracks on this album, but they are all good ones. Initially Naoshi Mizuta's menu theme "Vana'diel March" demonstrates one of the key musical elements of the MMORPG — marches. Supported by a resolute string motif, the theme develops over three main sections to offer nationalistic French horn melodies, carefully integrated arpeggios based on the "Prelude", and a surprisingly emotional development section before the loop. Nobuo Uematsu's only setting theme, dedicated to the vast forest of "Ronfaure", is also featured here. A calm enchanting soundscape is established with woodwind melodies supported by acoustic guitar and folk instruments. It sustains extended gameplay extremely well by both extensively elaborating on the primary section and exploring an intervening section that provides a deeper perspective on the forest's landscapes. Later in the album, "Gustaberg" and "Selbina" provide interesting contrasts in musical texture, the former a slow-blooming harmonically sumptuous setting theme, the latter a straightforward jig with a charismatic fiddle lead.

One of the most dominant features of Final Fantasy XI - Memories of Dusk and Dawn are the action themes. Various climactic battle themes were chosen by fans above the regular battle themes, perhaps due to their increased novelty value. In the Final Fantasy XI section, "Battle in the Dungeon #2" combines inspirations of flamenco movements and some of Uematsu's more belligerent creations to mesmerising effect. Kumi Tanioka's "Shadow Lord" is one of the less accomplished additions to the collection; the impact imposed by the choir's introductory ghostly chants is diminished by an unfitting transition to a much more ambient string section. She redeems herself with the 'final' boss theme "Awakening", however. The work establishes a delicious soundscape with agitated string / brass melodies, ferocious drum rhythms, and climactic vocal chants. There are also fluidly integrated interludes, one featuring beautiful flute melodies and another offering the harp arpeggios of the "Prelude", that top off a well-rounded and emotional work. But, of course, Final Fantasy XI featured numerous extensions and this was only the beginning...

On the Final Fantasy XI Rise of the Zilart Original Soundtrack, Naoshi Mizuta returned to single-handedly create 20 new pieces of music, four of which are featured here. He developed the acoustic sound of the franchise and embellished his ostinato-focused style to characterise new areas. For instance, "Kazham" portrays a jungle paradise city introduced to the expansion. A brisk acoustic guitar ostinato gives rise to finely synthesized woodwind melodies that give a hint of the unfamiliar. The theme comes together very well, featuring many beautiful moments and sustaining a motivating drive. Arguably the gem of the soundtrack, "The Sanctuary of Zi'Tah" beautifully portrays a crystal-enlightened forest during its extensive fluid development; it notably deviates from Mizuta's ostinato-based approach in favour of a more dynamic acoustic guitar accompaniment. Two action cues are also featured. "Fighters of the Crystals" is a pressing and motivating action cue carried by its strong melody. The final battle theme for the extension, "Belief", is an epic chimera of the others from the extension with its irregular ostinato patterns, engaging trumpet melodies, and richly flavoured interludes.

The Final Fantasy XI: Chains of Promathia soundtrack was arguably the least accessible extension soundtrack, due to its increased ambient focus and mediocre instrumental samples. Nevertheless, the selections from the score in the anniversary album are good ones. One of the strongest setting themes of the series, "A New Horizon - Tavnazian Archipelago" is an exhaustively developed woodwind-based theme that finely accompanies the forgotten isles off the west coast of Phon. Of the action themes, "Onslaught" is reminiscent of the battle themes from its predecessors with its bold trumpet melodies and epic interludes, but is also individualised with distinctive flute trills. The rhythmically focused "Depths of the Soul" meanwhile combines a heavy string bass and curious brass phrases. Many will consider the highlight of the selection to be the surprisingly exuberant closing vocal theme "Distant Worlds". This theme combines expressive interpretations of the "Recollection" theme and a newly composed with beautifully balanced instrumentals and a "Suteki da ne" style violin solo. The operatic vocals from Izumi Masuda leave much to be desired due to the terrible English pronunciation, but many still love them.

Moving to the more extension selection from Final Fantasy XI: Treasures of Aht Urhgan, the Wajaom Woodlands' "Jeweled Boughs" initially offers a resonant bassoon melody subtly accompanied by acoustic guitar and tuned percussion. However, it later enters a section featuring warped synth melodies, hinting at mystery but nevertheless comforting with its continuous harmonic support. For the tunnels beneath, "Whispers of the Gods" is an extended harp solo that stimulates senses beyond just hearing. The normal battle theme "Mercenaries' Delight" is very similar to its predecessors with a heroic brass melody, rhythmic string accompaniment, and dark interludes. Despite the lack of originality, it is one of Mizuta's most compelling battle themes. Popularised by The Star Onions, "Rapid Onslaught -Assault-" is a more original contribution, featuring furious pacing and gritty accompaniment. Though released on the subsequent extension, the final battle theme "Ragnarok" is an epic orchestral anthem that topped the Square Enix Members poll; introduced by a triumphant motif, it is progressively darknened by dissonant orchestration and obsessive brass use. The selection concludes with probably the most adventurous and fluid Vana'diel March to date.

Four tracks are also taken from the latest extension soundtrack for Final Fantasy XI: Wings of the Goddess. Out of all the selections, this one is perhaps the least fulfilling, but some of the historical setting themes are still thankfully present. Mizuta represents Sarutabaruta during The Crystal War with a nostalgic construct built around broken guitar chords and wailing woodwind melodies. It's curious how the palette of this track compares with the original "Sarutabaruta" — alas not in this collection — though the dark development almost gives it a ghostly presence. Diverting from Mizuta's usual ostinato-based formats, the fluid and melodic "Autumn Footfalls" exhibits great influence from Ronfaure's original composer Nobuo Uematsu. It's quite clear in this extension that Mizuta has almost exhausted his stock of battle themes. "Clash of Standards" is yet another normal battle theme written for brass and strings, but still holds interest within the game and soundtrack very well. "On this Blade" achieves a slightly different sound to other dungeon battle themes due to its 7/8 metre, which leads to some very unpredictable rhythms during the development section. After all the climactic themes before it, however, this is a rather pitiful way to conclude the selection.

But that's not all! Flanking the album are two tracks featured in the PlayOnline service, which serves as the gateway to Final Fantasy XI. To date, these tracks have never been released in album form and were seemingly forgetten about, though Final Fantasy XI - Memories of Dusk and Dawn was sadly not the best place to put them. The "POL Opening" theme is a generic blend of electronic beats and jazz elements that last for just 53 seconds. In addition to being a poor composition, it is totally unrepresentative of the organic content featured elsewhere in the album and would have been better suited for a Final Fantasy X-2 battle theme. "POL Window" is a little more tolerable with its minimalist electronic feel and sounds somewhat similar to what Mitsuto Suzuki might create. However, it still has that vibe of 'muzak' and Noriko Matsueda clearly did not intend it for stand-alone listening, let alone concluding an album in a totally inappropriate manner. If Square Enix wanted to commemorate the music of PlayOnline, they should have created an iTunes release for and include all the tracks from the service, not just a couple of them.

Final Fantasy XI - Memories of Dusk and Dawn features just 70 minutes of the eight or more hours of music featured in Final Fantasy XI. As a result, there are inevitably many enjoyable omissions from this disc that will vary from listener-to-listener. Furthermore, the voting of the album was clearly skewed towards the sometimes samey orchestral action themes, causing the setting, event, and character music to be underrepresented or completely absent. The album also struggles to come together as a cohesive whole and, even excluding the completely misfitting opening and closer, has a somewhat rambling quality. Nevertheless, the collection is still successful in compiling the main highlights of the series' music and, through its user-voted selection, will give most fans what they want. The more casual fans of Final Fantasy XI may find this the music release for them — especially given its cheap pricetag — though those looking for a more definitive and representative selection should consider the individual soundtrack releases or the excellent box set instead.

The content of this compilation CD has been decided through a poll on Square Enix's website.
Album was composed by Куми Таниока / Наоси Мидзута / Нобуо Уэмацу / Норико Мацуэда and was released on May 12, 2010. Soundtrack consists of 27 tracks tracks with duration over more than hour. Album was released by Square Enix. 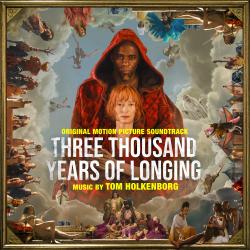 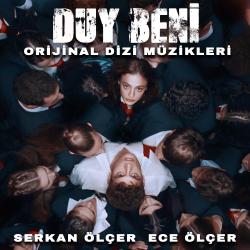 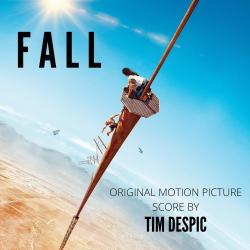 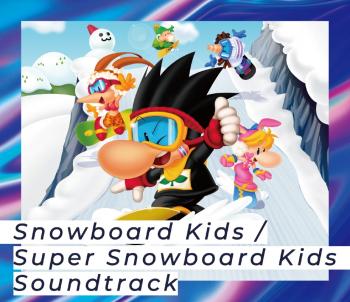 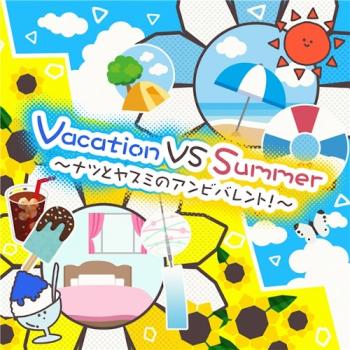 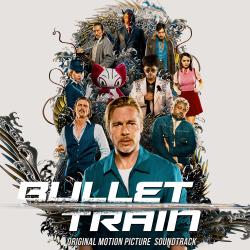 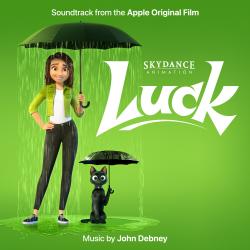 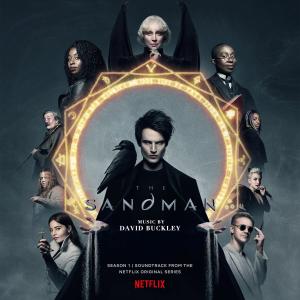 Sandman: Season 1 Soundtrack from the Netflix Original Series, The 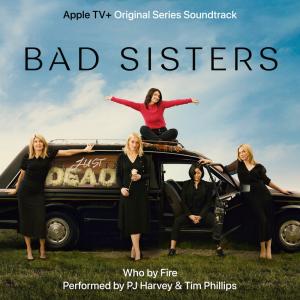 Who by Fire From "Bad Sisters" - Single 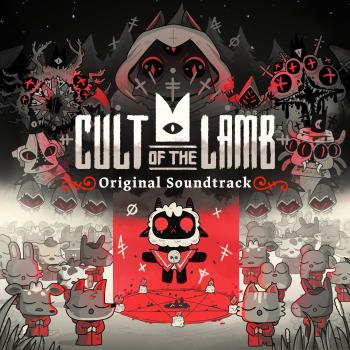 CULT OF THE LAMB Original Soundtrack 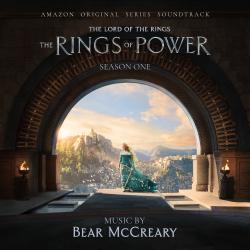 The Lord of the Rings: The Rings of Power Season One: Amazon Original Series Soundtrack 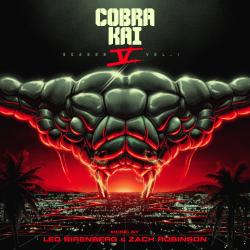