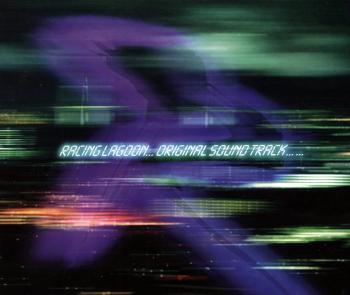 Noriko Matsueda takes the steering wheel in composing for Racing Lagoon, an unexpected racing game from Square. The game has two main modes: a "High Speed Driving RPG" mode and "2 Warriors Battle Mode," and it is the RPG mode that the soundtrack was ultimately written for. Eguchi also lends a hand, with this being his first composing role to date. He was heavily involved in arranging her work throughout the score, therefore showing what a valuable asset he was. Nonetheless, the task of these two composers was to create a selection of inspirational and worthy tracks to enhance the gameplay. The truth is that they did more than that, as they may have succeeded twice over. Naturally, the two composers came to explore a variety of different genres and, to put it simply, this soundtrack is as just as groundbreaking as any of Matsueda's and Eguchi's other scores.

Every good album starts off with a decent introduction track or two, yet this album is something special in that it boasts a whole five (arguably six) of them. The first track, "Loop Demo," is a refreshing saxophone track in which a jazzy style is accompanied by some typically electronica synth. Not only does the track provide us with a great melody, but it also presents an insight to what the style of the rest of the album will be. With a very firm image of a jazz and electronica fusion given to us in the first track, the next theme, "Racing Lagoon Title," doesn't disappoint with its electronica approach. Although not a lot goes on in this theme, some struck piano chords emphasise a presence of importance. "Opening 2" is another of these tracks, and one can really notice how distinct Matsueda and Eguchi's jazzy and electronica based styles really are.

The album introduces the listener to a distinct number of emotions through this jazz and electronica fusion, and a sense of refreshment is certainly one of these. "Bay Lagoon Racing" is one of the first to do this. In comparison to other refreshing tracks on the album, "Bay Lagoon Racing" rates quite high, as its moderato metre really gives a sense of relaxation, as does the airy instrumentation used. Nonetheless, it isn't the best of such tracks, and along with other tracks such as "Shou Akasaki" and "After Yokohama GP," it is quite a long way off, too. The greatest amount of relaxation in the album comes through the reggae styled "Tuneshop." The creatively played accompaniment in "Tuneshop" is perfectly quaint, thus making this the epitome of a light electronica composition.

The album provides for the darker fan, too, with a variety of battle tracks being the key to releasing a more sombre set of emotions. The most noticeable set of battle tracks are prefixed "Zako," and they all take an experimental form typical of Eguchi's style, too. The first of these battle themes is "Zako Battle 1," a track built up from a set of adrenalin pumping rhythms and inspiring synth melodies. Another battle track, "Zako Battle 3" outdoes the tension created in the latter, thus making it seem as if the battles get harder as they go along. The last from the "Zako..." series is "Zako Battle 4," and it is this that it is the best of the pack. It emits an almost conclusive style to the selection through its ambiguous melodic lines and perfectly timed chords.

So, with feelings of agitation and relaxation both featuring on the first disc, one could make the assumption that there can't be much left for the album to explore, yet, upon closer inspection, it is easy to see that this would be a naïve presumption to make. A series of story telling tracks from Matsueda feature on each disc. Matsueda's first such track, "Suspicion," gives off a scent of mystery, so straight away, any expectations given by the track title are fulfilled. Immediately following "Suspicion" is "Uneasy," a track which suggests that the wariness has now grown into a feeling of sickness and worry. Threatening, low pitched, piano stabs feature in this track to heighten the sense of tension and unease, thus making this track from Matsueda a creative one, too. These tracks aren't exactly sophisticated in their harmonic build up, or their melodic diversity either, yet what they do best is a creation of a superb, thrilling atmosphere.

Atmosphere is important on an album, and with so many fear filled tracks dominating each disc, feelings of joy need to be created, too, as after all this is a racing game, not a horror RPG like Parasite Eve. Eguchi and Matsueda don't fail us, with the first feelings of success coming as early as the first disc. "Night Complete" is an underdeveloped track that features a repetitive harmony, nonetheless, with an intriguing electric guitar part, too, the track isn't at all bad. The next theme, "Un Official Race Entry" proves to be a classic electronica orientated success theme, and it is through the instrumentation that Matsueda manages this. The melodies in this track are put forward well through the ambient synth that we are faced with, so not only does the track flow, it sings to your heart as well. A similar experience to this comes in "Forgethill," a track dominated by jazzy rhythms and melodies. Matsueda's success tracks are amongst her best.

Unfortunately, we see little of Eguchi on this album, but with him taking all of the battle themes, his tracks are certainly prominent. Before we reach the bonus tracks on the album, Eguchi treats us to conclusive battle themes. "Yokohama GP Battle" is the first of these, and it is the extraordinary experimentation with the synth that makes this track shine. There is an amazingly played electric guitar in this track, and to be put on top of this are some Ska-styled saxophone solos, too. "Diablo Battle" follows this track, and suddenly things start to get a bit tenser. The track is almost a fusion of electronica with heavy metal, as distorted guitars are used against a persistently hard electronica rhythm. "Final Battle" is no exception in that it is just as bass filled and fast paced as the other three. Still, with this style being unique to the album, one can't help but get used to the technicalities behind their composition.

One can't help but notice how different the orchestrated "Ending" is in comparison. The overpowering vibes that one gets from it overcome any emotions given throughout the album. The theme is a grand ending to the main part of this glorious soundtrack, and it is a wonderful start to the glorious set of arranged tracks that proceed it. There are only three arranged tracks on the album, but nonetheless, they are superbly done. Eguchi starts us off with "Taiman Battle Remix," which begins with a female vocalist. An Eguchian flair seems to be released upon the track when a fast rhythm is integrated with a keyboard jamming in the background. It is easy to overlook this track at first, but when it gets going, it is truly magical. Iwasaki's "Silent Joy Mix" comes next, and it really is what the track name suggests. It is built up from a series of ambient noises that give off a sense of love and purity. "Kawashima no Nayami" soon follows, and this proves to be a more experimental track than anything else.

Matsueda's tracks are extremely inspirational on this album, and it becomes immediately evident that a fusion of electronica and jazz is her best style. Even so, she explores with many other genres, too, and with a wide range of emotions being covered through many changes in atmosphere, it becomes evident how skilled she is. Eguchi, Matsueda's typical composing partner, also contributes to this album with some great battle tracks. When these two composers are allowed to work together, something groundbreaking always comes of it, as Eguchi's consistent trail of thought and Matsueda's passion of creation both add up together to create a potent mixture of exasperating tracks.