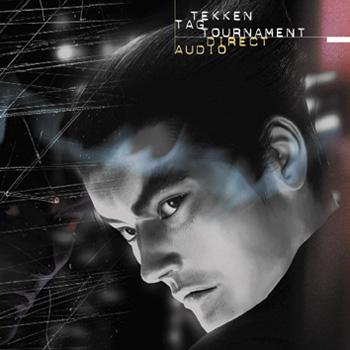 Tekken Tag Tournament was the first album in the series that I had the chance to dig in to, but unbeknownst to me at the time it was the disc that heralded the end of an era. While I was merely beginning on my long-lasting journey with Namco's sound team, the composers from the Tekken series were in the process of changing the guards; this album was the last Tekken disc to feature Keiichi Okabe and Nobuyoshi Sano, the two remaining members of the original console sound team, as main composers. With Tekken Tag, they started to pass the torch to relative newcomers Akitaka Toyama, Satoru Kousaki, and Yu Miyake, who would go on to compose what I consider the best soundtrack in the series with Tekken 4. What could have ended up as a mismatched and disappointingly segmented compilation of tunes is, instead, a cohesive album that celebrates the best of Tekken's musical history while welcoming a few new faces and styles to the series.

Straight up, the character themes from Tekken Tag are solid and, while electronic in style, don't wear out their welcome or become repetitive as their track times dwindle down. Themes like "Nina" and "Jin" deliver enjoyable but fairly straightforward beat-oriented and melodic themes, whereas other tracks like Sano's "Yoshimitsu" and Okabe's "Ogre" take different paths. "Yoshimitsu" uses vocoder and vocal samples naming body parts (nothing dirty, I promise) to push the track along while "Ogre" incorporates live strings to give the piece its own distinct flavor. Okabe's "Xiaoyu" is a fresh chunk of schoolgirl funk, complete with some great disco-influenced backbeats. In the same vein is the stage theme "School", signaling the beginning of the fight with a few school bells before Sano brings down the beat.

Yu Miyake's character themes are the most different of the bunch and add some serious sass to the disc. "King", a personal favorite of mine as well as Miyake's, incorporates a rhythmic shuffle while a vocoded voice repeats the phrase "Humanoid, humanoid..." in the background. It's mesmerizing, and right as the tune starts to hypnotize with its steady beats Miyake lays on some amazing synth melodies pretty thick; once those synth pads hit it's as if I am breakdancing out in the mesosphere with a huge grin on my face. "Eddy" sounds like funky tribal techno that incorporates a similar compositional style and progression as "King", but instead it keeps the Capoeira vibe running high by keeping the focus on the percussion. "Law" just sounds bizarre thanks to its off-time drum patterns and haunting synth, but it's still a blast to listen to. As if I needed to clarify, these tracks are some of my favorites on the disc, and there's no doubt that Miyake brought some serious energy to this album.

After the fantastic "Ending Replay" and several late-album jingles and short themes, there are four fully arranged tunes, one from each major composer. Okabe's revamped "Xiaoyu VS BKO" expands the original theme with some added development and piano workwhile Sano stretches out "Yoshimitsu" VS Sanodg" with driving bass and a typically great (and expected) Sano beat. Miyake arranges "KING VS U" and incorporates King's melody through chip and drum data from a cell phone ring. Toyama closes the disc with his "Lei VS Tohyama" remix, incorporating some chord progressions from his preceding "Result" theme in the process. It sounds like an ending theme and as such is a totally fitting end to a very satisfying album.

Even though Tekken Tag Tournament signaled the end of an era, it serves as both adequate tribute to the past and an exciting invitation to the future of the series' music. I personally feel that this disc is more consistent and enjoyable than any other disc from the series that had preceded it. For me, this album marked the beginning of the series' musical greatness and is an album I still fully enjoy even after eight years of listening to it from beginning to end. That has to mean something, and for me that means two big thumbs way up for the Tekken Tag Tournament Direct Audio.