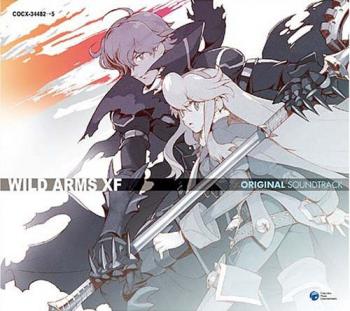 As a Wild Arms fan, to say I have found the series' time on the PlayStation 2 to be a success would be a lie. Regardless of the fact that each outing on the platform is far from horrible, the reality is that Media Vision has failed to create a game since the original Wild Arms or its first sequel Wild Arms 2nd Ignition that has captured my heart and imagination. Even as time goes by, images of Metal Demons plaguing the land and the looming threat of encroaching parallel universes remain frightfully clear in the back of my mind.

It was also around this time that my auditory honeymoon with composer Michiko Naruke's Western flavored scores began to dwindle. The advanced, overgrown sound of Wild Arms 3 scraped the underlying simplicity that brought previous scores alive, replacing it a textured and almost abstract style that felt like a conscious effort to play complexity catch-up with other composers. While Wild Arms 3 seemed fit to close the lid on the sound that defined the PlayStation games, a small reprieve was offered with 2004's Wild Arms Alter Code: F before Wild Arms 4 sealed the deal. Of course, with Naruke falling ill the door was barely shut before it was thrust back open, ushering in yet another chapter in the series' musical history. Naruke's exit was a shame, but for a listener whose taste refused to evolve alongside her style it's a rather moot point. With the reigns in the hands of Masato Kouda and Noriyasu Agematsu the series continued onward, offering a mostly favorable experience but one that did not exactly re-ignite the coals that fueled the flame that is Wild Arms music.

Taking such a pessimistic view into account, it's not hard to imagine one having taken such a passive attitude towards the release of the Wild Arms XF Original Soundtrack. As for expectations, there were none outside the presumption it would maintain the direction of its most recent predecessors and little else. Boy was I wrong. Wild Arms XF is not the Second Coming as far as the series' music is concerned, but I'll be damned if it isn't the best soundtrack the series has seen in a good long time. Perhaps what is the most surprising aspect is the shift in the game's genre, something this listener was completely unaware of until the soundtrack had already made its impression.

From the outset, newcomers Junpei Fujita and Hitoshi Fujima waste no time in presenting their re-invigorating take on what makes a Wild Arms battle theme a Wild Arms battle theme. The mellow, laid back melody of Fujita's "Siren's Beautiful Sword" is simply enchanting, as is the synergy created by its contrast with the brisk pace of Fujima's "Birds Soaring Over the Battlefield." It's hard to describe how a rather straight edged experience can gel with a more abstract Sakuraba-like number (e.g. the organ usage) that can turn a corner at a moments notice. Yet as unlikely as it sounds, this interaction is of great importance. Beyond this point, Fujima's work with scenario and event pieces blends into the background as Fujita continues his stride with battle themes. Dripping with a flavor that is undeniably befitting of a strategy RPG, the subtext of "This Sword Style Rages Still" reminds one of the perplexing choices to be made as they move their units around the battlefield.

Another fresh face, Daisuke Kikuta takes over Agematsu's job of creating annoying yet strangely satisfying crisis tracks. "Dramatic Turn" is akin to Wild Arms 5's "Emergency Sign" and comes off as an overzealous dance track. You know you should dislike it and that it doesn't deserve any kind of praise yet it accomplishes its purpose in spite of itself. When it comes to battle themes, Kikuta's contributions connect in two major ways though they're really one in the same. The guitar in "Slap the Cheek in a Mood to Kill," "A Beast, Brute and Monster's Claws," and "Mechanical Dancing Fight" forms the obvious part of the connection, but it's the idea that these would play when fighting a more formidable opponent as opposed to a run-of-the-mill enemy that vindicates them as successful. The only real hitch is, even though Kikuta makes the most use of the guitar, it is used to greater effect by the other composers in a more reserved manner.

Being the mainstay composer for the series since Wild Arms 4, it's sad to see that Masato Kouda has learned nothing new when it comes to town themes. It's not as if tunes such as "Outrageous Folks" and "In the Sunlight" are bad by any stretch of the imagination. They're just extremely stereotypical with their cardboard cutout Western feel and no-brainer instrument choice. The fact of the matter is it's not hard to write such music; what is hard is to write a something that seems stereotypical yet is anything but. Ironically, Kouda succeeds in doing this elsewhere. The drive of "A Quick Night in Elecius" being very reminiscent of what one would expect to hear in a film portraying a tragic and unavoidable battle as the cries of the defeated fill a ominous sky. Taken at face value, the use of such a common motif that is also employed in "Intense Battle Below the Sky" and "The Trail of Those Who Fight" may seem uninspired yet Kouda seduces the listener with its vague sense of familiarity and makes it his own. "Snarling Men Clad in Heavy Armor" makes use of the militaristic clank-like percussion present in "The Trail of Those Who Fight" while cleverly avoiding the main hook while the somber "Slice the Way to the Truth" chooses to embrace it without seeming like a sorry excuse of reprise that's there to solely inflate the tracklisting.

Despite the enjoyment that can be found in the tracks above, whether they present a composer going out on a limb to create something unique is questionable. Experimental endeavors like Kouda's "Death Trap Siege" and Fujita's "The Beauty of Spreading Terror" step in to answer the call and account for some of XF's hidden allure. The muffled, almost hypnotic beat of "Death Trap Siege" has a semi-gothic flair to it, though describing it in such a manner seems rather inaccurate. In "The Beauty in the Spreading Terror" the distorted synth and bubble-like effect creates a villainous chill that doesn't break down any barriers but is nevertheless interesting in its implementation.

Out of all XF's contributing composers, it is ultimately Agematsu that becomes the victim of circumstance. It's hard to give a solid battle theme like "Duel Sign" props and airtime after absorbing the aforementioned pieces by Fujita, Fujima, and Kouda. A lot of Agematsu's shortcomings may stem from the fact that while all the composers manage to take some influence from Naruke, Agematsu has the hardest time taking that resource and truly making it his own. The prime example of this is "Blank Easel" where Agematsu takes the excellent melody from his vocal theme "Honki no Uso" and can't resist the urge of slapping the Wild Arms whistle in it — an unflattering cliché, as is his revival of "To the End of the Wildness" in "Crossfire." At times it feels as if Agematsu is a little too concerned with preserving where the series' music/sound has been rather than taking it where it needs to go. The biggest question concerning Agemetsu's contribution to the soundtrack is whether or not he was behind the theme that ties the FINAL DISASTER series and "Perpetual Motion" together with Kouda's "Weapons Born from Man's Womb." Unfortunately, given the spread in the composing credits it's doubtful we'll ever know; my money is on Kouda since he is created with the most straightforward and engrossing version.

There are numerous other tracks thoughout the Wild Arms XF Original Soundtrack that stand to exemplify how far (and how little) XF has progressed beyond its predecessors. With this in mind, it may seem appropriate to scrutinize some of the negatives more harshly and meet the experience halfway. Still, despite my love/hate relationship with some things Wild Arms, I am simply smitten with some of the material and the lows are no match for the highs. For the first time in ages this fan looks forward to the future of Wild Arms music with a renewed sense of (cautious) optimism. I hope others will as well. 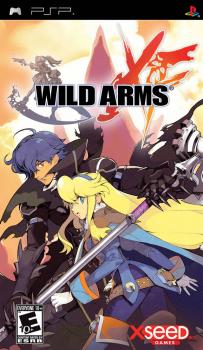