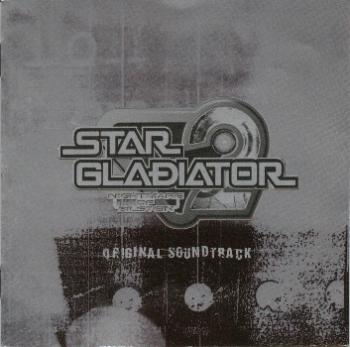 Plasma Sword: Nightmare of Bilstein (aka Star Gladiator 2) was a 3D fighting game sequel created by Capcom for the Arcade and Dreamcast. The soundtrack for its predecessor featured a creative blend of funk, rock, and orchestral music by Isao Abe and Yuko Takehara. This time, however, Takayuki Iwai (War-Zard, X-Men) and newcomer Tetsuya Shibata (Power Stone, Auto Modellista) handled the composition duties. They chose to focus almost exclusively on rock and took a mainly riff-based approach. Was this a wise direction for the series or is the soundtrack ultimately a disappointment?

Starting with the stage themes, "Illusion of Peace" features a compelling electric guitar melody in conjunction with rhythm guitar riffs and hard drums. "Armament to Battle" takes more of a grisly approach with its use of distortion while "Fade to Silence" gains more momentum with addition of some electronic beats. Both are nevertheless very superficial variations on Takayuki Iwai's riff-based formula. "Lead to Doom" creates some atmosphere by slowing the tempo and projecting a synth vocal line above the riffs, but the theme is too badly synthesized and harmonically sterile to grab one's attention. "Jungle Distress" creates a bit of novelty for the opening four seconds with some samba beats, but it quickly switches its focus to more generic guitar riffs. "Holy Graveyard" doesn't live up to its potential either despite creating a suitably bleak atmosphere for the stage.

If there are any highlights in this score, they come in the form of the final stage themes. About on par with some of Star Gladiator's "Stage 6", "Against the Absolute" is a retro rock theme with a rather good electric guitar melody. Although a tad dry on its own, "Fate of the Galaxy" works quite well in context as a fast intense theme for the final stage. Most of the remaining themes were composed with brutal efficiency. Tracks like "Ranking Display", "Character Select", "Score Display", and "Story Demo" feature little more than a grungy rhythm guitar riff on loop. There are occasionally tracks with good melodies like "Opening - Title" and "Name Entry", but even they are underdeveloped. Sadly "Staff Roll" seems starved of inspiration too, featuring a very vanilla electric guitar melody against yet more tiresome riffs. Where is the variety? Where is the exuberance?

The soundtrack features 36 different ending themes, most of which are shorter than 40 seconds. While they appear varied at first glance, they are in fact very superficial in their construction. With few exceptions, they're either rocking guitar chord progressions, simple jingles, or sentimental synth work on loop. It was absolutely unnecessary to have at least two ending themes for most characters given the non-cinematic approach and Tetsuya Shibata obviously realized this so demonstrated minimal creativity while fulfilling requests. As result, everything is listenable but nothing is remotely inspiring. Capcom has always been known for cluttering their soundtracks with superfluous tracks like these, but this is one of the most spectacular examples. If there is one blessing, these themes are all bunched together at the end of the soundtrack so they don't interrupt the stage themes.

This soundtrack is a major disappointment. The creativity and variety of its predecessor has gone in favour of a very bland riff-based approach that aspires to be called rock. Principally responsible for the stage and menu themes, Takayuki Iwai seems to have treated this soundtrack with uttermost efficiency, showing no regard for the offerings of its predecessor or how the soundtrack might be perceived on a stand-alone basis. Tetsuya Shibata does not shine in his debut either, exhausted by the amount of unnecessary ending themes he had to compose when he would have been better creating well-developed stage themes. To conclude, this soundtrack suffices as a mundane accompaniment to the game, but is entirely underwhelming on a stand-alone basis.

Sound credits from the staff roll: