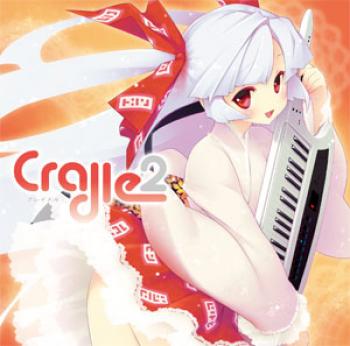 Released at Comic Market 77, Cradle 2 was the first Sound Sepher album since Comic Market 67, after approximately a five year wait. It continues the concept of Cradle by offering remixing famous themes from the Touhou series by a variety of doujin artists and SuperSweep members. While the album features one disc this time round, it manages to be a very diverse listening experience and a higher quality production.

The album opens up with "Reach for the Moon, Immortal Smoke - Taketori Extend," arranged by label leader Shoichiro Sakamoto. The opening is one of the more intriguing parts, as it opens up with some beautiful piano work before moving into some dramatic gothic choir tones, which appear throughout the remix to really set a stark contrast to the more upbeat and bubbly atmosphere set forth in most of the soundtrack. However, that atmosphere doesn't stay too long as it becomes an upbeat and extremely well-crafted trance theme full of beautiful synth harmonies and piano sections. "Cemetery of Onbashira ~ Grave of Being" continues in a style that, in my opinion, defines Shoichiro Sakamoto. Beautiful piano notes, stunning orchestral harmonies and synth leads, and a nice rock edge feature throughout the majority of the track. His synth may not be as advanced as some of the prominent electronic artists in the industry, but it does have its unique charm that does set him apart from other doujin artists.

Unfortunately, one of Shoichiro Sakamoto's arrangements is, in my opinion, rather weak in comparison to some of the other themes on the album. "Fires of Hokkai" manages to sound like an updated version of the original, but it doesn't really offer much in terms of development and lasts about the same length as the original tune. The intense percussion is nice and goes quite well with the crystal clear piano notes, so it is enjoyable, but at the same time, I've heard much more creative versions of this theme on other doujin albums, including another Sound Sepher release. Sakamoto's last contribution, "Emotional Skyscraper ~ Cosmic Mind" is a decent mix and follows a somewhat similar style to his "Cemetery of Onbashira ~ Grave of Being" remix, but I find the carnivalesque lead melody line and xylophone to sound a bit strange given the synth rock accompaniment. Fortunately, for the most part, it's quite entertaining and most will probably find the dramatic orchestral bridge to be a very powerful section.

In addition to Shoichiro Sakamoto, the three biggest composers at SuperSweep, Ayako Saso, Shinji Hosoe, and Yousuke Yasui, help contribute to the album. "The Venerable Ancient Battlefield ~ Suwa Foughten Field," by Ayako Saso, is one of the sexiest remixes on the album. Featuring Saso's rave style electronic music, it also integrates baroque and orchestral elements through the use of some beautifully haunting harpsichord work and some very powerful brass harmonies. It's truly a beautiful fusion of classical and modern styles, and it's one of the best Touhou remixes I've heard. Her other remix, "Native Faith," takes a very piano heavy original and truly makes it her own. Opening up with some quirky, playful synth, it quickly evolves into an intense rave theme with some vocal samples that really define Ayako Saso's style. I really like how the original is incorporated into some cascading synth in the accompaniment and how intense the majority of the mix is when the melody is actually featured in the lead.

In a sea of electronic music, Yousuke Yasui really manages to make his remix stand out from the rest stylistically. "Green-Eyed Jealousy 'Passion of the Hashihime'" immediately brings to mind Etrian Odyssey. It features a beautiful FM-like synth as the basis for the entire remix and it really brings a retro vibe to a much more modern album. The theme itself has some intense moments, particularly the bass line accompaniment, in contrast to the beautiful and haunting lead melody. Lastly, Shinji Hosoe offers an interesting take on "Necrofantasia." Opening up with a slightly ethnic vibe combined with some heavy electronic beats, it sets an intriguing atmosphere that reappears from time to time. The majority of the track is so varied though. At times, there will be some fast paced trance sections, while at others, there are more dramatic atmospheric sections with intense electronic beats that lead into some more trance sections. One of my favorite sections is a very peaceful section complete with some acoustic guitar accompaniment. I think Hosoe managed to create a very fun remix that stays true to the fast-paced nature of much of this soundtrack and to his style.

The album also features a variety of doujin artists that Shoichiro Sakamoto as worked with before. "Septette for the Dead Princess," by REDALiCE, features some pretty nifty synth manipulations in this intense trance remix. It's a fun remix, full of pep and spunk, with some beautiful harmonies as well. However, I find it to be a bit straightforward despite its enjoyable nature. "Flowering Night," by Tsukasa Yatoki, is another intense electronic mix, but it has a very sinister atmosphere to it. Pulsating rhythms and industrial accompaniment, mixed with the ominous tone for the lead melody, ensures this one makes quite an impact. It's one of my favorite remixes by the doujin side of this album and really manages to portray a deep and brooding atmosphere. "Bloom Nobly, Cherry Blossoms of Sumizome ~ Border of Life," by Morrigan, manages to incorporate trance with orchestra in a very fun way. I like how the majority of the theme's melody line revolves around an orchestral and synthesizer nature with an electronic accompaniment; however, I do enjoy when the melody is featured subtly during the calmer electronic sections. There are also some chiptune sections of the melody thrown in for good measure. In the end, it's a great remix.

One of the remixes, by ARM, entitled "Hinarin's Relation of Misfortune, does what IOSYS does best and that's to remix a theme with intriguing vocals. I'm not a particular fan of the vocal work on this remix, but I do enjoy the music that accompanies it. It's an interesting electronic mix with some trance elements, but at the same time, there are some more intense hardcore elements incorporated at times. It's sure to please fans of IOSYS, but it may be a bit inaccessible for people who don't enjoy kawaii Japanese vocal work. "Captain Murasa," by zts, is a house dance theme with some fantastic club-like beats; however, rather than just incorporate a synth lead for the melody, zts uses a beautiful piano and violin melody line to create an intoxicating and romantic take on the original. The piano and violin are beautifully incorporated and really distinguish themselves from the electronic components of the remix. The second half of the remix is an even more intense version of the original that focuses solely on the electronic side with deeper beats and some beautiful synth harmonies. This is easily one of the best remixes by the doujin side of the album.

"Cruel Moon," by Tatsh, is an intense trance remix that really manages to get the blood pumping. It's pretty standard, similar to REDALiCE's remix but it's definitely enjoyable. I particularly enjoy the various synthesizer sounds incorporated throughout and the more intense beats from time to time. Lastly, YS closes the album with a remix of "Heian Alien." This theme is an odd one. At times, it has a very grungy sound, or at least attempts to; however, at others it definitely tries to sound very carnival-esque. It's not the strongest remix on the album, but it does feature some elements that can be enjoyable, in particular the piano and some of the harmonies.

In the end, Cradle 2 is a very successful album. Although it is mainly electronic themed, many of the remixes have a very great quality about them, especially those belonging to SuperSweep and zts. It's a marked improvement from the first Cradle album and manages to create a variety of atmospheres through the various arrangers employing electronic music in intriguing ways. In the end, I would say this album is worth getting. 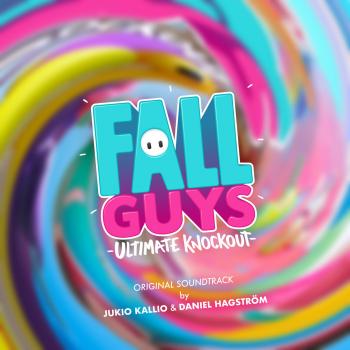