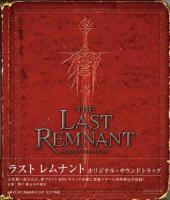 Gamers have been divided about the quality of Square Enix's Xbox 360 RPG The Last Remnant, but even the most harsh reviewers have noted the spectacular quality of the soundtrack. Tsuyoshi Sekito seemed a surprising choice to lead such a score — having continually shined as a rock arranger but produced mostly simplistic and derivative compositions on Brave Fencer Musashi and Dawn of Mana. A lot was expected from him in The Last Remnant though. In terms of quantity, he was asked to produce 97 compositions to be used during gameplay and cinematic events with the assistance of synthesizer operator Yasuhiro Yamanaka. In a series of firsts for him, he also needed to represent vast cities and landscapes, enhance the interactivity of battle, and produce epic orchestral and vocal pieces. Sekito clearly explored and refined his musicality during The Last Remnant's long development time in order to bring the goods. He demonstrates an enormous stylistic range on the project — using orchestral, rock, electronic, new age, and vocal music — while maintaining some familiar aspects of his musicality and providing numerous memorable melodies and compelling rhythms. Let's take a closer look at his magnum opus.

The first item on the soundtrack, "The First Awakening", introduces the main theme of The Last Remnant. This anthem features commanding brass fanfares, brisk percussion, and a choral climax. While inspired by action movies, it nonetheless proves moderately original if hardly mature with its over-the-top percussion and unconventional use of brass mordents. Enjoyable and compelling, though a little more quirky than intended. It is arranged at several critical points during the soundtrack, but probably makes its biggest impact with its surprising lyrical interpretation in "The Young Marquis". Another important composition is the background music for Athlum, "The City of Heroes", which juxtaposes racing percussion with jagged strings and firm brass to epic effect. The theme takes an emotional turn in the middle with the addition of celestial organ and choir passages to the continuous riffs. Most of the other city themes tend to exert a feeling of grandeur and divinity but in varied ways. The light elevating timbres of "Glittering Gold", for instance, contrast with the nationalistic pomp of Elysion's "The Heavens' Majesty". However, no theme can really be described in simplistic terms since all gain a lot of colour through their multifaceted development and underlying elements. Sekito's bombastic and edgy approach to using orchestra can create unbalanced timbres in some of the bolder themes. However, they create the appropriate mood and are compelling in a unique way, so many will be able to overlook the heavy-handed musicality.

The settings of The Last Remnant are portrayed by diverse compositions. A superb theme to accompany globe-trotting, "Rolling Hills, Sprawling Plains" mainly focuses on an upbeat piano riff with an uncanny resemblance to Chrono Trigger's "Primitive Mountain". However, it also demonstrates the various colours of the world with its western-influenced introduction, new age overtones, bombastic buildups, and serene interludes. The outstanding "Limberlost" creates so much excitement and dynamism while portraying vast landscapes with passionate guitar lines and infusing flute melodies. "Swirling Sands" is also instantly inviting with its Morricone influences and soon offers a giant scope. Moving on to more abstract entries, "Arcane Mysteries" creates a sublime but mystifying soundscape within sacred lands by blending new age elements, ominous electronic pulsations, and celestial elements. "The Crumbling Fortress" and "Breakers on the Shore" also inspire powerful imagery through the contrasts of their ever-changing treble instrumentation with their eerily repeating underlying motifs. Sekito also surprisingly shines creating various lighter themes. Tracks such as "A Friendly Ear" and "Gateway to the West" seem to channel Sakimoto's whimsy lyricism with Sekito's booming bass. "Free and Easy" and "Old Traditions, New Methods" are especially enjoyable for their gorgeously implemented guitar work and buoyant rhythms. They all make a contribution to The Last Remnant's enormous range of soundscapes.

As expected, the action themes are among the highlights of The Last Remnant. "Clash of Opposites" demonstrates that Sekito has developed his approach to composing battle themes from Dawn of Mana. He creates a compelling wall of sound involving rapid drum kit beats, dissonant string crisis motifs, and aggressive rhythm guitar riffs to represent the giant battle scenes and blistering deadlock combat. Though the battle themes are less interactive in context than originally promoted, their hard and dynamic nature nevertheless makes action much more exciting. Few demonstrate this better than the regular battle theme "Sword Sparks" where driving rock riffs spectacularly combine with blistering guitar solos and haunting chorus doubling. In "Flamedrop", Sekito reflects the dynamics of a close combat by intersynching pulsating beats with his usual tense motifs. The boss themes "Struggle Eternal" and "Reversal!" prove to be some of the most enjoyable additions to the soundtrack since they are dominated by melodic electric guitar work performed by Tsuyoshi Sekito. In contrast, "Sliver of Hope" emphasises the gruelling nature of continual battling with slow-building orchestral and choral elements, but is unexciting on its own. "The Gates of Hell" accompanies a battle during a spectacular turning point in the game. Its head-banging instrumental rock at some of its best and has a particularly dark edge. Though the battle themes can be formulaic en masse, each is effective in the game and enjoyable in the context of the soundtrack.

Moving on to the event themes, the opening suite is composed of four short but distinct themes written in orchestral and rock styles. Jagged in and out of context, the suite would have been far more effective if it were continuous cinematic underscore. Nevertheless, it embellishes an emotional theme of the game introduced in the fully orchestrated "Cherished Memories"; used to explore the protagonist Rush's feelings about his lost sister, it appears in several short incarnations until the end of the soundtrack to reflect their continued separation. The other major events are effectively underscored throughout the game. The majority are derivative cues written in the style of Dawn of Mana, but they are still sufficiently few to not be particularly interruptive out of context. However, occasionally there are outstanding themes even outside the game. "Home", for instance, develops from a refreshing jazzy piano tune into a rich contemplative passage to reflect Rush's childhood memories. Also notable are string-led cues such as "The Bonds of Friendship" and "Family" that demonstrate Sekito's capacity to enhance intimate and personal scenes. "Slipping Through Your Fingers" is an effective accompaniment to the encounter with an antagonist — transitioning from a chilling combination of electronic beats and vocal work to an emotional cello and piano passage. There are also utterly imposing themes like "Unrelenting Advance", "The Conquerer's Message", or "Assembling the Puzzle" used to reflect the might of the antagonists.

Meticulous synthesizer operator Yasuhiro Yamanaka also composed a handful of tracks, mostly used in the dungeons in the game. "Into the Depths" excellently captures the atmosphere of being in a gloomy cave at the start of the game. It is also fulfilling to listen to on a stand-alone basis with its blend of exotic Raithwell-like percussion and sinister jazz-influenced string lines. "Creeping Shadows" produces a similar atmosphere in a ruined environment through blending horror-influenced sporadic sounds with increasingly complex percussion and underlying rhythmical grooves. Other pieces such as "Echoing Hallways" more subtly immerse players into the game and stimulate their senses. It is clear from all of Yamanaka's contributions that his layering is influenced by techno music techniques even though he mostly uses acoustic instrumentation. Even in his one relaxed offering, "Ante Back", he repeats and elaborates upon a series of grooves to meditative effect. There tends to be enough variation in his compositional approach to maintain variety, whether the novel sound effects of "Dark Secrets", the electronic pulsations of "Everflow", or the deeper intricacies in other pieces. He also adds to the pace and atmosphere at the end of the game with his dark orchestral contribution "Whispers of the Ancients" and an intimidating electronic and rock fusion "One Step". Evidently Yamanaka's major compositional debut demonstrates he can create strong atmospheres while elegantly blending influences from numerous musical styles.

Sekito sets the ball rolling towards the climax with a chain of four battle themes. While they many elaborate on the style set by previous action themes, "Turn the Tide" and "Out of Control" are some of the best rock compositions Sekito has created. Things accelerate with the well-developed event themes "Wheat From Chaff" and "Final Decision" that contrast villains and heroes respectively. In the subtly intimidating final dungeon theme "Labyrinth", Sekito elaborates on Yamanaka's approach by juxtaposing stern string crisis motifs with rapid electronic polyrhythms. Moving to the final battle themes, "Nisus" is a momentous track blending modernist orchestral passages, some thematic reprises, and late emerging rock riffs. Its successor "Schismogenesis" blends formidable choral chants and heavy metal riffs at an astonishing tempo, but isn't quite as all-encompassing or epic. After a cinematic full orchestral track wraps up the loose ends, Sekito offers another first in his career — the alternative rock vocal theme "Journey's End". Though lyrically dubious and rather short, the theme nicely builds up from its reflective opening towards a dramatic climax featuring Donna Burke's commanding vocals and of course Sekito's electric guitar. The staff roll is accompanied by a fulfilling medley of several of the most memorable themes from the soundtrack — "The First Awakening", "Assembling the Puzzle", "Home", "Unrelenting Advance", and of course, "Cherished Memories" — featuring epic, dark, and emotional moments.

Overall, The Last Remnant Original Soundtrack is an impressive achievement. Sekito's music complements the enormous yet personal feel of the game; few soundtracks add as much character to the settings, energy to the battles, and drama to the events as this one from start to finish. Thanks to Yasuhiro Yamanaka's meticulous and versatile synthesizer operation, the samples are high-quality and the multifaceted tracks are elegantly mixed. It's therefore unsurprising so many gamers praised the soundtrack, some even calling it a rocked and pumped up Final Fantasy XII. On a stand-alone basis, the music is also very enjoyable. There is an enormous variety of themes — imposing brassy overtures, boundless setting themes, hard-edged rock tracks, percussive dungeon themes, lyrical ditties, and some sensitive moments. Even most individual themes blend multiple influences together and this is especially effective when depicting the vast cities and landscapes of the game. As well as compelling rhythms and soundscapes, the soundtrack features Sekito's best melodies to date.

While Sekito has clearly matured while composing The Last Remnant, his heavy-handed approach to creating orchestral music will be unpleasant to some people and he would definitely benefit from a year of classically-oriented training. Another problem with the score are the fairly numerous derivative event themes, but they are hardly as interruptive as those of Dawn of Mana and still work fine in context. For those compatible with Sekito's bold fusion approaches, this soundtrack is a must-have and will provide many hours of entertaining listening. This soundtrack is available as a three disc album from retailers like CDJapan and as individual tracks via iTunes; the iTunes version actually has additional loops for some of the setting, dungeon, and battle themes, but omits the final battle theme in favour of an orchestral arranged version of "The First Awakening". It's probably more economical and worthwhile to buy the physical album and consider buying the bonus track separately. A highly recommended soundtrack to listen to in and out of context, especially at high volume.

Album was composed by Цуёси Сэкито / Ясухиро Яманака and was released on December 10, 2008. Soundtrack consists of 97 tracks tracks with duration over . Album was released by Square Enix.

Sounds like Rock - that's what we can say about this album.