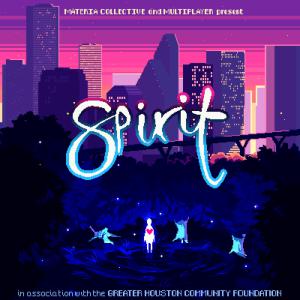 ""SPIRIT is a four-track EP raising funds and awareness for Hurricane Harvey relief. Each track was selected from a different iconic video game score and reflects a message of hope, perseverance, and community.
As an EP, SPIRIT grew from the collaborative effort of a core team of arrangers and nearly 100 musicians, some of whom are from areas directly affected by Hurricane Harvey. All proceeds for SPIRIT go towards the Hurricane Harvey Relief Fund, a branch of the Greater Houston Community Foundation (ghcf.org/hurricane-relief/)."

"At the climax of the indie hit Undertale (2015), “Hopes and Dreams” represents overcoming adversity through caring for others and finding strength in community.
A collaboration of four arrangers and fifty musicians, this arrangement is divided into segments, each featuring a different orchestral section, eventually blending together as a symbol of unity."

"When Emily approached me to contribute something to this EP, I was only too happy to do so, having experienced Harvey firsthand living in the city and seeing the devastation the storm wrought upon so many lives.
As Final Fantasy is my favorite series in the universe, I was very keen on contributing an FF track. I had originally arranged the Main Theme from Final Fantasy VII, one of my favorite themes in gaming ever for its sweeping, haunting melody, in 2015 for my community orchestra here in Houston for piano, strings, clarinet, flute, and trombone, and performed it at Oni-Con in Galveston that year. In the interest of balancing out the sound and creating as many opportunities for people to participate as possible, Emily helped me expand the arrangement to include more brass and winds, and I am greatly indebted to her for doing so, as I am usually not accustomed to writing for such large groups, especially winds and brass.
As to be expected from such a talented, passionate group as Materia, everyone killed it on their parts and hearing the whole thing together was such a thrill, I had never thought it could sound so beautiful. It is an honor to be one of the featured arrangers on this EP along with so many consummate musicians for such a worthy cause."

"In 2012, I had just recently decided that a career change was in order after 10 years in a totally unrelated field. As a longtime musician, and longtime videogame aficionado, I knew that Game Audio was the logical choice.
While attending my very first game conference, the final panel presented a video of the ending to Journey, with music on full display during the sequence. The piece was, of course, Apotheosis by Austin Wintory. That piece will always be a marker on my journey (pun intended) for that juncture in my life.
After the terrible destruction in Houston, Materia Collective began discussing ways to help. When talking about an album to bring hope to people who need it, that was instantly the first piece that came to mind for me.
This track represents intense personal and professional growth for me as a musician, and as a human being. And as things go, this interpretation could only have happened with a team of absolutely wonderful people that enthusiastically jumped in and helped me get to the finish line. There were 47 amazing musicians, who submitted 77 wonderful performances to make this vision a reality.
I hope that in some way, Austin's work will continue to inspire and help those who are in the process of rebuilding their lives."

"'Ending Theme' from the Pokémon series is a very heartfelt piece brimming with nostalgia and warmth. For this charity album, I sought to amplify those feelings through a powerful, but soothing choral arrangement that I hope inspires resilience in the wake of disaster."