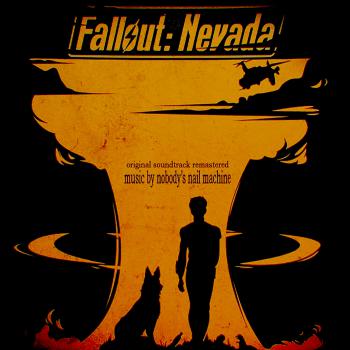 Fallout of Nevada is a Russian Fallout 2 total conversion project. The development project started in 2009.
The developers sought to preserve the basic principles of the original, such as moral and ethical issues, post-nuclear wasteland gloomy atmosphere, black humor, and so on.
Soundtrack for Fallout of Nevada (in ambient and dark ambient styles) was written by composer Alexei Trofimov (aka Nobody's Nail Machine). It is close to the design of the original series soundtrack by Mark Morgan (Fallout 1 & 2). These compositions have found great resonance among the fans of Fallout of Nevada and connoisseurs of the genre of ambient music.
Remastered version of original soundtrack.

Album was composed by Алексей Трофимов and was released on September 30, 2017. Soundtrack consists of 15 tracks tracks with duration over about 45 minutes. Album was released by Nobody's Nail Machine.

Sounds like Ambient, Industrial, Soundtrack - that's what we can say about this album. Notice, Bandcamp gives you opportunity to freely listen to this album. Absolutely legal. Without violations.