The Lord of the Rings: War In the North - Original Video Game Score 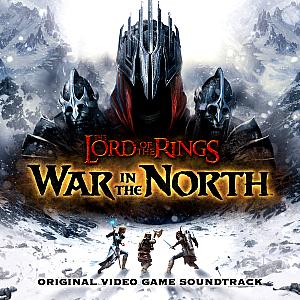 Lord of the Rings: War In the North - Original Video Game Score, The
Лицевая сторона

The latest video game based on JRR Tolkien's novels, The Lord of the Rings: War in the North takes gamers to previously unexplored lands in Middle-Earth. Now the composer of choice for the West's fantasy orchestral scores, Lord of the Rings enthusiast Inon Zur was asked to score the title. He succeeded in producing the game franchise's most lavishly recorded score, but is it a memorable and enjoyable one?

Zur wastes no time to showcase the production values of the score with the opener "Echoes of Angmar". From its suspenseful introduction, it develops into a war anthem that takes gamers straight to the action. The composition adheres closely to what listeners have come to expect from the franchise: with racing string ostinati, resolute brass leads, and an epic mixed chorus. But the rich textures and exuberant harmonies of the track ensure it is anything but monotone. What's more, the London Philharmonia Orchestra — recorded in crystal clear sound quality by the engineer behind the film trilogy, John Kurlander — bring so much energy and emotion to the performance. They are equally impressive at the close of the disc, "Against the Darkness", an even more climactic and brooding experience.

While Zur confidently asserts his trademark sound in such centrepieces, there are a few pieces more reminiscent of Howard Shore's esteemed scores to the film trilogy. For example, "The Savage Peaks" sounds just as primitive and malevolent as "The Bridge of Khazad Dum" with its booming percussion and Gregorian chants. Meanwhile the unpredictable "A Gathering Storm" treads considerable ground despite its humble two minute playtime — as disappointing as it is — and reaffirms that Zur is a competent and adaptive composer when it comes to key cinematic sequences. Inspired more by Shore's lyrical side, "Sons of Forgotten Kings" develops from its brooding ambient origins into an intimate piece featuring standout horn and violin solos.

But unlike Shore's masterpieces, War in the North is generally not a thematic work. There are several beautiful melodies, notably "Norbinbad", and plenty of less beautiful ones, such as the recurring crisis motifs to represent the Ettenmoors. The main menu theme is also striking, but unfortunately was not included in this release. The remaining material — spanning the mood-setting "Ghosts Of The Grey Mountains" to the chaotic "Into the Heart of the Storm" — tends to focus more on timbre than melody. They're almost always effective in the game, due to the convincing orchestrations and performances, but will potentially alienate listeners on a stand-alone level. When combined with the conventional stylings and short playtimes, it's clear that the score won't have a widespread stand-alone appeal like its film counterparts.

Ultimately, War in the North is more of an action-packed rollercoaster than a colourful fantasy journey. Right from the get-go, this soundtrack is fast-paced and heavily textured, and only a few pieces serve as interludes between. "The Savage Ettenmoors" and "Beast Among the Ruins" are especially brutal cues, driven by tribal war rhythms and overblown brass parts throughout, while "Between Hammer and Anvil" is another glorious display of what the chorus brings to the orchestral tutti. Although such tracks are impressive, it's a pity that the developer didn't request music to accompany the main gameplay; this would have showcased Zur's versatility more and ensured the soundtrack was a diverse, rounded stand-alone experience.

War in the North's soundtrack is often impressive. Combining the talents of experienced composers, orchestrators, performers, and engineers, it has production values that most fantasy soundtracks should aspire to. The brutal combat tracks particularly showcase the might a full orchestra can bring to a game score and work a treat in context. Sadly, Warner Bros. missed the opportunity to receive a fully-fledged score from Zur, by requesting only music that would be used in specific contexts. As a result, the soundtrack isn't as thematically compelling or stylistically rich as Shore's film scores or Zur's Dragon Age scores.

Album was composed by Инон Зур and was released on November 01, 2011. Soundtrack consists of 19 tracks tracks with duration over about 40 minutes. Album was released by WaterTower Music. 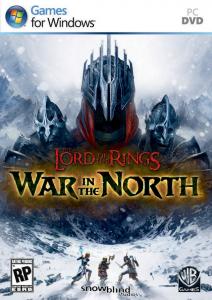 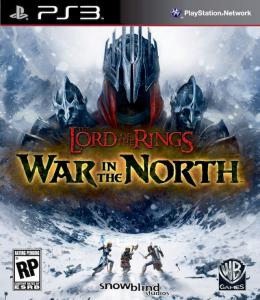 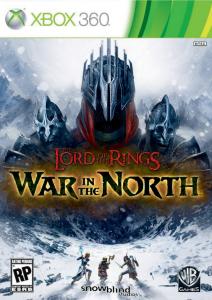