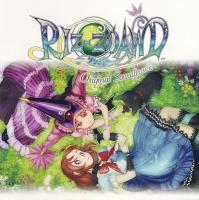 Riz-Zoawd is a DS RPG dedicated to the children's book Wizard of Oz released at the end of 2008. While the game was plagued by terrible sales figures, its soundtrack is still a big deal for many game music fans. The background music was largely created by Hitoshi Sakimoto in a light-hearted fantasy style. The composer was incredibly endeared by the story and gameplay of Riz-Zoawd — even stating in a recent interview that the game is his favourite project to date — and it is quite obvious from his sentimental compositions that the project was important to him. Though intended to be a solo score, Basiscape employees Masaharu Iwata and Kimihiro Abe nonetheless ended up creating a handful of compositions to emulate their boss. Wild Arms composer Michiko Naruke also returned to game scoring to create the opening and ending vocal themes. The Riz-Zoawd Original Soundtrack features all the music created for the game across a sleakly presented two disc set.

The soundtrack opens with the full length rendition of the opening theme "Riz-Zoawd!" composed by Michiko Naruke and sung by Kaori Asou. While the melody isn't instantly catchy, it grows with time and includes several memorable moments. The instrumentals are a pleasant blend of punchy strings influenced by the Wild Arms series and light rock electric guitar backing. Overall, it's a nice way to raise one's spirits at the start of the game and represents some of the youthfulness of Dorothy too. It also receives an instrumental arrangement by Kimihiro Abe later in the soundtrack, namely "If You Follow The Yellow Brick". It retains the same youthful character of the original song and blends it with the rhythmical and harmonic idiosyncracies of the Opoona soundtrack. The ending theme "Our House on a Ridge" is a slow ballad that gives Asou a chance to demonstrate the range and quality of her voice. The instruments, especially the evocative recorder solos and the subtle piano work, add to the rich quality. This is probably the greatest emotional highlight on the soundtrack and also likely the most accessible theme for mainstream fans too.

Sakimoto's instrumental main theme for the game is one of his better recent efforts. It captures the spirit of the game with its whimsical phrasing and magical instrumentation. The style is very reminiscent of those themes of gaiety featured on Final Fantasy XII with lively pizzicato strings and high-pitched woodwinds, though fortunately is not an inferior imitation like some of his themes for other recent titles. The interludes add to the multifarious nature of the composition, though the section from the one minute mark disturbs the overall flow. Nonetheless, this composition excellently exposes a melody that is fleshed out in a number of other pieces elsewhere. There are numerous understated and contemplative arrangements with a cinematic flavour. While full of Sakimoto's clichés, the piano-based "Let's Go to a Magical World", mystical "Cast the Magic", and understated "Far Above" are refreshingly thoughtful after his sloppy use of the Odin Sphere main theme. "Sandy Beach of Star Fragments" is a surprising arrangement of the main theme that combines typical woodwind leads with tropical accompaniment. It's quite beautiful and surreal so is definitely a highlight of the soundtrack.

Despite the strength of the main theme, some of the other samples indicate that Sakimoto was on autopilot for the soundtrack. "World Map" is an extremely simple theme comprising of little more than suspended strings and harp arpeggios; despite this, there is something highly affecting about it and it does seem to capture Dorothy's bittersweet feelings throughout her adventure. "Flower Palace" could have been another delightful whimsical composition, but the juxtaposition of high-pitched woodwinds and heavy-handed piano chords simply sounds clumsy. Worse still, the tension theme "Blown Away by the Storm" features little more than the repetition of augmented brass intervals and pounding timpani rolls while "Retrieve the Egg!" seems to channel the Americana influence of Sakimoto's employees, but doesn't quite reach the heights of greatness. There are still a handful of worthwhile themes to portray the settings, however. The iconic "Yellow Brick Road" captures Dorothy's marvel at a fantasy world filled with rich colour and novel features. "Castle of Oz" achieves a sense of regality with its harpsichord lead and pompous orchestration while "A Mansion with Welcoming Fire" features somewhat experimental use of high woodwinds and pizzicato strings. Good enough.

It is likely that Iwata was assigned to the less important themes on the soundtrack and did the bare minimum to fulfil his contract. Tracks like "Oz's Advice", "Deene's Banquet", "Time of Determination" and "Egg Obtained!" nicely blend the fantasy aura of Sakimoto's contributions with Iwata's more straightforward musicality. However, they each loop after about 30 seconds and sound very functional. The similar "Where the Scarecrow Points" and "Looking Up at the Night Sky" weren't actually used in the game at all. Iwata makes more substantial entries, though it's very clear that he was told to emulate Sakimoto's musicality rather than assert his own sound; "A Snowstorm of Cherry Blossoms" revolves around calming clarinet and flute melodies, for instance, while "Frozen Ancient Castle" blends similar orchestral colour with choral passages. Nonetheless, "Old Dragon" is refreshing as it sees Iwata experiment with a big band sound for one of the first times in his career. In addition, Kimihiro Abe received the opportunity to create two noteworthy compositions, the tropical guitar-led "Villa of Everlasting Summer" and the playful Sakimoto-influenced "Rapids of Clear Autumn Water".

Moving to the finale, "Duel! Great Witch" maintains the bombastic style of Sakimoto's battle themes for Ivalice Alliance. The playful woodwind melody seems to capture the spirit of Dorothy while the dissonant brassy accompaniment portrays the antagonist. However, the two elements do not come together convincingly and much of the composition seems to be a bunch of melodramatic chord changes rather than anything more intricate. In "Seasons", Sakimoto redeems himself by creating a work reminiscent of Final Fantasy XII's "The Salikawood". The meditative piano solo at the start of the track inspires imagery of nature's colours changing with the seasons while the solo piccolo from the 30 second mark embellishes the fantasy aura. Having earlier contributed the mediocre normal battle theme, Iwata succeeds in creating a decent couple of final battle themes. They both stay close to his strength of writing themes with formidable brass leads and rhythmically driving accompaniment, though "A Red-Colored Final Decisive Battle" is far more dramatic and memorable. "A Happy Ending for Dorothy" wraps up the game with a short sparkling orchestral reprise of the main theme.

Overall, Riz-Zoawd features a modest yet colourful soundtrack to enhance the fantasy feel and personal nature of the game. Those who enjoyed collective Basiscape scores like Odin Sphere or Deltora Quest will be disappointed to see the soundtrack was treated like Hitoshi Sakimoto's latest solo effort. Masaharu Iwata served as a 'ghost' composer, Kimihiro Abe made just three compositions, and Mitsuhiro Kaneda didn't create any actual music at all. Despite this, Sakimoto creates one of his more sentimental soundtracks of recent years and offers an especially memorable main theme. It mostly features him revisiting his musical style from Final Fantasy XII rather than attempting something new or creative like he would have done before he formed Basiscape. In addition, most pieces written with brute efficiency and a few come across simply as uninspired or sloppy. All this isn't necessarily bad, but the soundtrack won't interest those who have been disappointed by his recent emulations. While his efforts on Riz-Zoawd are often lacking in creativity and exuberance, most are still colourful and dramatic, so this soundtrack may still be worthwhile picking up.

Disc 1 tracks 13 and 23 are unreleased tracks.
Album was composed by Хитоси Сакимото / Кимихиро Абэ / Масахару Ивата / Michiko Naruke / Мицухиро Канэда and was released on February 25, 2009. Soundtrack consists of 40 tracks tracks with duration over more than hour. Album was released by Team Entertainment. 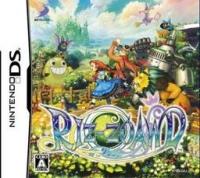