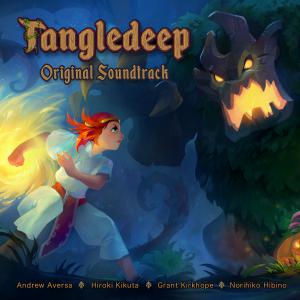 "The original soundtrack for TANGLEDEEP, a dungeon crawling adventure inspired by the finest RPGs of the 16-bit era! This music holds an immense amount of meaning to me, as I was not only the primary composer for the game, but also the developer and designer of the entire project. It is a lifelong dream come true!

Just as the game's visual aesthetic is modeled after SNES RPGs such as Chrono Trigger, Secret of Mana, and Lufia 2, my influences for this soundtrack include those fantastic games as well. I was honored to invite composers Grant Kirkhope, Hiroki Kikuta, and Norihiko Hibino to each contribute and put their signature mark on the world of Tangledeep."