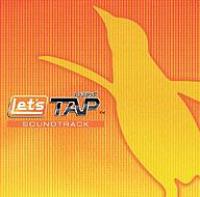 Rhythm games seem to be getting more popular these days, with a variety of different games. Whether games focused on licensed popular music such as Rock Band and Guitar Hero or titles focused on less known dance music like Dance Dance Revolution and beatmania IIDX, people seem to enjoy the interactivity of these titles. While other rhythm games in Japan, like Technictix or Technicbeat, required you to use a controller to match the rhythm of the music, the Wii's Let's Tap is probably the most unorthodox rhythm game to date. Instead of utilizing the Wii remote's various functionalities, such as motion control, it instead casts all that aside and has become the first game you can play without a controller. Now, "How do you do this?," you might be asking yourself. Well, you put the controller on the supplied cardboard box that comes with the game and, in order to do anything with the game at all, you just tap the box. I'm not entirely sure how this works, but it's an interesting concept to say the least. Published by Sega, it has a few unknown composers in the game music world, such as Shoes from Missile Chewbacca or yam from Prope. In addition, it also has some more prominent composers, such as various members of the Basiscape and SuperSweep studios. How does the soundtrack to this rather unorthodox game turn out?

The soundtrack opens with a piece entitled "365 Children", which is the sole contribution by Sega's Naofumi Hataya. As the title suggests, this piece is very playful and really sets the whole rhythm concept into perspective. From the children chanting "1, 2, 3, 4" to the gibberish to the random "taps" to the phone sound effects, it creates a very playful atmosphere. The music in this piece reminds me a bit of Dewy's Adventure, but it's much more tolerable. I don't know who yam is, but I must say, I'd like to find more by this person. Offering five contributions to the soundtrack, the pieces he offers range from mellow electronica pieces to more intense electronica pieces, and some in between. "Tap a Gogo," for instance, is a piece with some clear 70's influence. In a way, this piece reminds me of a Koji Hayama piece. It features some tasty synth work, but the voice samples really make this piece shine in my opinion. The bonus track "Star Seeker" is quite different than a lot of the pieces on the soundtrack. It's a very mellow electronica piece that has a very spacey mood. While it isn't the most melodically focused, the simplicity of this piece makes up for it. It manages to sound heartfelt and I really enjoy how it builds as it develops. While it may not be yam's best contribution in my opinion, it is still rather impressive.

yam also remixes several famous classical pieces for the soundtrack. "Jupiter (Tap Edition)", based on Gustav Holst's The Planets suite, is probably his best contribution on the soundtrack. It has a spacey sound to it mixed with some clear dance influence. The beat is extremely catchy, despite being fairly static throughout, but the melody portion on synth and piano makes up for it. "Jupiter (Extreme Tap Edition)" features a much more intense beat and is ultimately more trance-inspired. The melody is the same, but it loses the effect of the piano and adds some crazy voice work. It's just as good, but I prefer the slower version as a matter of taste. The George Gershwin remix "I Got Rhythm (Tap Edition)" has a very 70's sound. It combines a nice dance beat with some woodwind work and some interesting synth effects. There is a nice slower section that focuses on some exotic percussion samples and it helps bridge the upbeat sections of the piece. It's definitely another winner in my book. The mix of the heavy electronica beat and the woodwind-like synth makes for an entertaining piece, even if it is one of the weakest things on the album.

SuperSweep's Shinji Hosoe, the one who published the soundtrack, offers three original compositions. "City Night Life" has a rather futuristic soundscape. The synth work manages to take on an almost crystalline sound at times, but still manages to throw in some nice layering electronica lines that help contrast, giving it a spacey sound at the same time. Overall, I think it's one of Hosoe's best pieces on the soundtrack. "Kecha-P" is definitely a showcase of Hosoe's more crazy style. Featuring a driving industrial beat and some xylophone and dance synth accents, it manages to create a pleasant, somewhat exotic, soundscape underneath the constant vocal work heard throughout. "Divers" is an extremely interesting piece. It features a variety of layers that manage to create a semi-aquatic sound. In fact, it also is a bit on the crazy side. At times, it'll sound futuristic, at others, a bit industrial. It also features some vocal work as well. Hosoe, while contributing just three tracks, manages to craft some catchy music.

Another composer unknown to me is Shoes. I think Shoes created some of the catchiest pieces on the soundtrack. "TAP de Papapaya" definitely has a Daft Punk sound to it. Some awesome rhythms and the vocal work is what really make this piece shine. While the melody is mainly executed by the various styles of vocal work, from children singing to vocoder work, it's still mighty impressive. "D.P.U" is also a great contribution. Featuring a driving and intense rhythm, it also combines some crystalline synth and vocoder work to create a playful piece of music. It's a piece I can definitely see myself dancing to — in front of the mirror of course — and it manages to develop quite nicely, especially when the industrial synth kicks in. My two favorite pieces by Shoes are "Blue Hero" and "Kung Fu Disco". The former features some slight jazz influences that are combined with some really nice beats. However, I think the vocoder use really seals the deal for this one; it just manages to hypnotize with its "I don't want you to save me. You are not a hero" line. It has a nice retro soundscape and the melody is superb. "Kung Fu Disco" is another one of those pieces that reminds me of Hayama's style. It fuses some slight Asian soundscapes with a nice dance beat. While it doesn't really remind me much of a disco sound, it's still quite impressive. The various synth lines add a nice variety in the mix and the kung fu sound effects add so much to the piece.

Basiscape also contributed four pieces to this soundtrack. Now, if you are expecting the Basiscape that emulates Hitoshi Sakimoto, I suggest you turn around now as you find no orchestral works here. Mitsuhiro Kaneda contributes "MOOGELUS HIGH," a piece that features a driving industrial beat with some spacey synth effects. Throughout most of the piece though, you'll hear almost grunge-like vocal work. I think he was trying to one-up Hosoe on the craziness scale. Masaharu Iwata's contribution "Dandelion Rider" is an upbeat piece that features some trance-like synth and some woodwind-like synth. It's a very catchy piece, but I think it is the weakest that Basiscape has to offer. Noriyuki Kamikura's contribution, "Violet Interspace," reminds me a lot of Dangun Feveron. It has a nice disco sound that he manages to fuse with some jazz stylings. The brass work is funky and really helps create a nice contrast to the spacey synth used in the piece. However, Azusa Chiba's contribution of "Milky Way Rendezvous" was most impressive for me. Already showing her fantastic electronica skills in the recent DoDonPachi Dai-Fukkatsu Original Soundtrack, I had extremely high hopes for her and she managed to fulfill them. "Milky Way Rendezvous" is utterly fantastic. Featuring an awesome beat and an even more amazing melody line, this piece manages to impress with its multitude of spacey synth lines. The melody is extremely intoxicating and the layering is intense. I swear, if Azusa Chiba is forced to emulate Sakimoto in the future, she better quit and work for SuperSweep because she is a force to be reckoned with in the electronica world.

Lastly, Ayako Saso contributes four pieces to the soundtrack. "From Universe" is a nice trance piece that features some vocal work. The rhythm has a nice drive to it and the spacey synth instrumental sections help bridge together the vocal sections. They also become a nice accompaniment to the vocals at times as well. "CHAMELEON" features some mellower synth lines and is one of the less intense pieces on the soundtrack, but the melody line features some interesting vocal work and synth lines. It also features some creative rhythms, managing to keep the piece varied as it goes on. I guess it is somewhat reminiscent of a chameleon in the fact that it changes depending on the environment. "Coconut Airport" is the jazzy Saso that I know and love. It features some catchy vocal work, but the jazz soundscape and rhythms are what really make this piece really enjoyable to me. The melody is superb and really has a nice 70's sound as well. Overall, I think the combination of synth and jazz is something that Saso excels at and I'm glad to see her reprising this style for another rhythm game. Did I mention the piano line is utterly hypnotic? Lastly, "Rainbow Gradation" is probably my favorite Saso piece on the album. It combines a fantastic bass line with some brass work to give another nice jazz soundscape. While I really enjoy that portion, the string section that follows is absolutely to die for. It's got an extremely memorable melody and I really enjoy how it bridges into a nice brass/string fusion. Overall, I think Saso did a wonderful job overall.

The Let's Tap Soundtrack is probably one of my favorite rhythm game soundtracks. While SuperSweep's Technictix and Technicbeat were good, I really think that the other studios that were brought in helped to bring some more creative contributions to the piece. Though I have never heard of Shoes or yam before, they proved to be extremely competent composers and I hope to see more of them in the future. Basiscape proved once again that, when they aren't emulating Sakimoto, they are quite creative. SuperSweep, as always, manages to craft some quirky, yet accessible, pieces while also providing some more normal sounding compositions. In the end, my only gripe with this album is the fact that the tracks do not loop at all. I would have easily paid more money for a looping version! This is another solid release for 2009 and I really hope that an arranged album is made for this soundtrack. I'd buy it quicker than I bought this one! Pick this soundtrack up if you can. While it is only 45 minutes in length, it's easily worth a purchase if you are a fan of any of these composers. 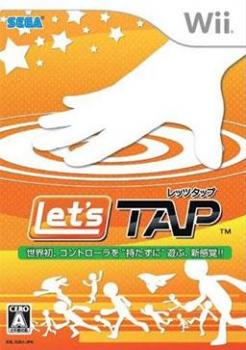