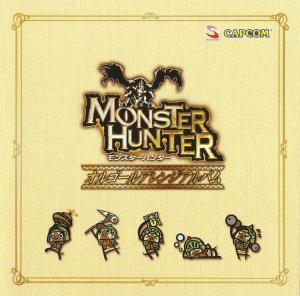 Also known as the music box, there is something of an obsession about the orgel within Japanese game music. The instrument has taken a central role in a number of scenarios, been used in endless RPG ending themes, and has also served as the instrument of choice for a handful of popular franchises. The popularity of the instrument is perplexing to many and, unfortunately, in most instances it is used a quick and easy way to generate sentimentality. The Monster Hunter Orgel Arrange Album is one such quick cash-in...

The opening track, "Song of Beginning", is quite representative of what to expect from the album. The melody still sounds enchanting and bittersweet, even when presented on high-pitched tuned percussion, due to the strength of the original. The accompaniment, featuring simple arpeggios and chords throughout, is purely functional but adds to the sentimental vibe. Yet an orgel cannot recapture the richness and majesty of the original orchestral version. Furthermore, the lack of contrast in timbre means that the track can grow quite tedious during its playtime.

The track selection for the album generally emphasises the monotone feel of the album. The majority of the selections were slow, peaceful, and spiritual tunes original, such as "Theme of Pokke Village", "Bustle of Dondurma", and "Soul Carried by a Song". Yasufumi Fukuda arranges each one in a practically identical manner and the original melodies are not differentiated enough for this to suffice. The main exceptions are "Awakening" and "Village of Deeply Blessed People", which have a slightly more mysterious tone due to their slightly darker melodies.

The main problem with this album is that it is limited in length, as well as timbre. Though there are technically ten arrangements featured here, only a few attain a respectable track time, resulting in the entire album being just under 24 minutes long. What's more, three interpretations — "Cute Ailu", "Poogie-Woogie", and "Burned It Good", are little more than novelty fanfares. They don't bring anything substantial to the album during their playtimes other than some wanted interruptions. This is entirely unacceptable given the pricetag the album carries...

There is nothing definitively bad about the arrangements featured in this album, but it simply isn't worth paying money for it. This simple fact is often not stated, since price is not an issue for most who comment on albums — after all, most professional journalists receive free evaluation copies of the albums they review and sadly so many fans illegally download rather than buy the albums they comment about. However, it doesn't take a genius to work out that 1890 yen (over 22 USD) is money wasted when it goes on just 24 minutes of music played by a monotone instrument. 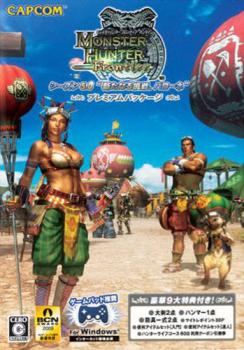