Hoshi no Arika Zanmai is a collection of arrangements of the theme song for the original The Legend of Heroes: Sora no Kiseki, "Whereabouts of the Stars." It features the original vocal piece, composed by Falcom Sound Team J.D.K. and arranged by Kohei Wada, previously released on the game's soundtrack and vocal single. There are also four vocal arrangements in various styles from Yukihiro Jindo, Noriyuki Kamikura, and Toshiharu Okajima, and instrumental versions of all the arrangements.

The original "Whereabouts of the Stars" is a pop-flavored delight with a slight Japanese influence. Falcom's sound team offered one of their most memorable and emotional melodies with this song, which was extensively integrated into the game. Arranged by Kohei Wada, it sports intricate rhythms, beautiful accompaniment, some beautiful piano work, and a wonderful acoustic guitar solo. The vocal performance by Kanako Kotera is also quite strong and accessible. Combined, the performers really add to the strength of the composition.

Toshiharu Okajima arranges the serenade version of the tune. Featuring Mizuki Mizutani, it takes the pop flavored original and transforms it into a very poignant and heartfelt tune featuring a string and piano ensemble. I really like the graceful performance of the vocalist and I feel that it complements the delicate soundscape provided by the instrumentation.

On a similar note, Yukihiro Jindo arranges the ballad version of the track. In contrast to the rest of the album, Jindo replaces the female vocalist with a male vocalist, Icarus Watanabe. In addition, Kanako Kotera serves as chorus backup, turning the tune into a duet at times. As expected, the ballad version is also quite touching, focusing primarily on a piano accompaniment that works extremely well with Watanabe's inspired performance. In addition, the acoustic guitar adds a nice rustic touch to the piece.

The other two arrangements on the album are by ex-Basiscape member Noriyuki Kamikura. The first theme, which opens the album, is the beat version of the track and it provides the most energetic rendition of the theme. Kamikura combines a great dance beat with his more jazz influenced style. The end result is something truly pleasing. The vocalist's performance matches extremely well with the soundscape and the combination of piano and strings harmonies create a wonderful texture with the more synthesized elements of the piece. In addition, Kamikura also throws in a fantastic saxophone solo that is reminiscent of his jazz arrangements on the Etrian Odyssey III arranged album.

Kamikura's other arrangement is in a bossa nova style and although it's not as flashy as his first arrangement, it's probably my favorite arrangement on the entire album. Featuring a small jazz ensemble, it creates a great lounge vibe that hypnotizes you. The bass guitar is particularly enjoyable, as is the jazz piano performance by Kamikura. However, what truly makes this track, in my opinion, is the vocal performance by Anemone. Her sultry voice fits so perfectly with the jazz style that it adds to the enticement of the track.

In the end, I think that Hoshi no Arika Zanmai is an excellent way to explore the various styles of a particular Falcom JDK vocal theme by a variety of individuals. Each vocalist fits perfectly with the style implemented in the arrangement and each arrangement offers something different for the listener. If you have a chance, I highly recommend this album to any fan of the Sora no Kiseki theme song. 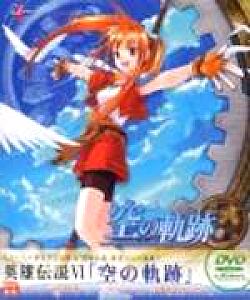