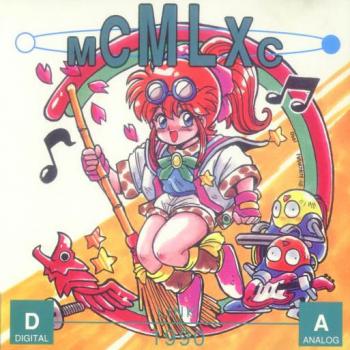 Ahh, the humble album origins of some of the mightiest composers in the game industry. MCMLXC is often described as the first indie album released by the game music scene, preceding even the Troubadour line. It features expansive original compositions by composers such as Yuzo Koshiro, Shinji Hosoe, Kenichi Arakawa, and Tetsukazu Nakanishi, written mostly in the flavour of old-school game music using the PCM sound driver. Frustratingly, there are a lot of artists going under unidentifiable pseudonyms on this album. However, many of these appeared to work closely with Yuzo Koshiro on the doujin game sampled on the last track. The album title might be out of line with Roman numeral convention, but was the music more promising?

The album opens with the earliest known composition of Ace Combat veteran Tetsukazu Nakanishi, "Hightway Night". It's a brisk and beat-heavy composition, though lacks the stylistic and technological refinement needed for it to really stand out. Fortunately, the album starts to endear relatively soon into the album. Daisuke Takahashi's "Challenger" is opened with some atmospheric synth pads and then moves into a jolly jingle. Kenichi Arakawa's "Midorix" demonstrated his ability to produce endearing and youthful old-school anthems decades before his work on The Dark Spire. Shinji Hosoe's contribution "Arian 1" isn't quite as remarkable as some of his Troubadour efforts, but was still an imaginative electronic track that demonstrated he had the capacity to become the leading man.

There is a fair amount of stylistic variety on this album despite the use of PCM modules. Kaki-In favourite Masahiro Kajihara also demonstrates his capacity to create stimulating rhythms with a blend of Arabian and funk sounds on "Midnight Illusion". HIR's "Scrap's Beat" is a very different take on funk and seems directly inspired by The Revenge of Shinobi's "Make Me Dance". Another interesting composition with Shinobi vibes is the arrangement "Revolution" likely by Yosuke Yasui. URU's "The Volcanic Bomb" tries to recreate the rocking spirit of Falcom's battle themes, but falls down somewhat due to a bland melody and generic features. The sole vocal track "Wind Across the Plains" is also a select taste due to the choice of singer. There are several other throwaway tracks, though many will still enjoy them.

One of the highlights of this album are the contributions by Yuzo Koshiro, fresh from his work on The Revenge of Shinobi. It seems that his piece are previously unused or unpublished game compositions, though he was able to present them here since he has owned the copyright for all his post-Falcom works. Also featured in Misty Blue, "Space Fight" is a thrill-a-minute techno tune with some of Koshiro's most stimulating dance rhythms to date. "Super Scheme", on the other hand, seems to be a compilation of four short contrasting themes from the Wanderers from Super Scheme soundtrack. Once again, it portrays how Koshiro can create a lot of drama and action even with a humble synth module. The album concludes with the decent collaborative eleven minute game score to a 100 yen doujin game.

MCMLXC is a pretty good compilation of old-school tunes by game composers getting started in the industry. It's nowhere near as ambitious or expansive as Troubadour albums like Great Wall that followed the previous year. However, it never intended to be and the modesty of the production is one thing that makes it so endearing. Still, the compositional quality varies from instant classics like Koshiro's and Kajihara's to run-of-the-mill tracks like Nakanishi's and URU's. Overall, this album seems to be more of an precedent for what came from the indie scene in subsequent years, but isn't an instant must-have as it stands. It's very likeable, but probably not worth the pricetag now it has become super-rare.

Composer for tracks 15 and 18 are unknown. The "correct" title for this album would be MCMXC, which is the year 1990 in Roman numerals. Regarded by some as the first ever pressed doujin music CD. 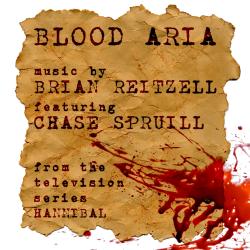