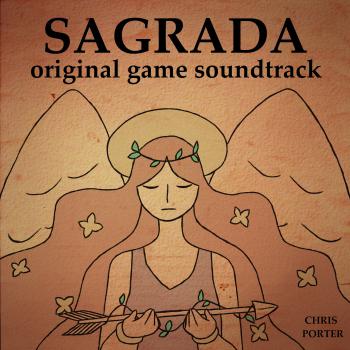 Original soundtrack to the video game SAGRADA, by Iliad Works.

SAGRADA was created for the 2018 Indie Game Making Contest (IGMC). The rules of the contest state that the development team had just 30 days to create their game; this soundtrack was produced during that period of time.

While only seven tracks long, a lot of time and energy went into making this music. A range of interesting instrumentation, varying time signatures, and discrete moods and atmospheres comprise SAGRADA's soundtrack. I'm especially excited to share with you the three orchestral battle themes, Judicium, Numine, and Infinite Spirit.

Thank you so much for your support and I hope you enjoy the album!

Album was composed by Крис Портер and was released on January 01, 2019. Soundtrack consists of 7 tracks tracks with duration over about 15 minutes. Album was released by Chris Porter.