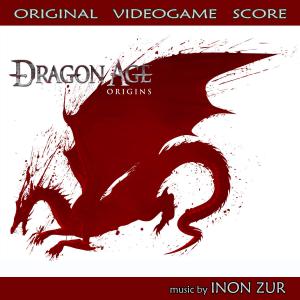 Dragons and ancient artifacts are an eternal curse of a cheap fantasy. Well, anyway fantasy is a curse of fantastic literature. The quantity of crap, which is poured on a reader/viewer/player in this particular genre, is beyond all reasonable and not quite reasonable limits. Moreover, after the works by Le Guin, Games Workshop, Sapkowski and HIM nobody talks about originality. At least be kind to compile clichés so as not to hurt the eyes, ears and other parts of the body, which are sensitive to delicate things. Only a few can succeed in it especially in the game industry. How much high-quality and solid fantastic worlds not under HIS license can you remember, dear reader? Not a one and even WarCraft uniqueness is a topic for very epic debates somewhere out the bounds of this review. However, still there’re some brave ones and simply idiots in this world, luckily for us. So, for instance, after a well-made ccollection of sci-fi clichés aka “Mass Effect” BioWare decided to show the world how to make a right fantasy. The fathers of Baldur’s Gate, Neverwinter Nights and KOTOR are tired of licensing pressure and they have the full right for it after the above-mentioned titles. So what is the outcome?

It so happened that in Dragon Age’s universe, mechanics and design there’s absolutely nothing new. Besides that, all the elements of the universe, the game itself and all accompanying things are designed on such a high level that the Witcher’s developers will have to work hard when making a sequel. But they are not the only one who will have to do their best; the bar has been raised for all the genre of CRPGs. Music is not an exception either in an overall happy picture. Inon Zur who earlier fabricated rather than wriote music seems to have found his way under the vigilant canadian governance.

The soundtrack doesn’t even try to conceal its purely game nature so as to be more honest with itself and a listener. The record is clearly divided into tracks written from the heart and tracks written of convenience to fill the gameplay with something melodious.


The best what Zur made on the album is a vocal part of Dragon Age. Each and every song of the soundtrack is unbelievably beautiful, tuneful and… atmospheric. It’s so strongly atmospheric that an image of the game universe appears even in a head of a person unfamiliar with the game. Tender play of strings, deep and sensual voice of a minstrel, words in an unknown language, melancholy motive - it’s like a motive and a ballade at the same time. It’s just what a listener, a player and the universe itself need so as to be more convinced. The soundtrack of a polish uberhit “The Witcher” was lacking in it in its times though its universe and the original source were far more predisposed to songs. On the whole judging by the tracklist and simply from the feelings one can notice that Zur was mostly interested in vocal into which a player bumps into already in the menu - in the main theme, which then floats into a touchy but pathos orchestration.

Speaking of pathos… Action themes are great during the game battles but are very dull apart from the game. You can hardly say that they’re talentless. Inon Zur uses a full range of instruments including a sudden play of a harpsichord. And the tracks maintain the atmosphere of the Middle Ages quite professionally. As for the arrangement it’s extremely delicate. But anyway it’s dull and even in the game it bores at times to death. Well there’s room for improvement and a chance to get rid of academic pedantism by the way. Cause it’s hardly appreciated in the game industry.

As for urban and peaceful themes, they delight the ears. They are completely nonintrusive, perfectly suit the game context and can be listened to with a great pleasure apart from the game. Dwarfs’ themes are full of aggressive and harsh wind instruments. People themes are a bit dirty but Ferelden is not the cleanest state on the continent at all. And in elves’ theme (Elves at the Mercy of Men) one can find either a trick or an additional allusion right from Zur. It is nothing but a real klezmer melody. These are the national Jewish motives, moreover it’s a music tradition exactly of European Jews exiled from the Holy Land. That’s quite an allusion to a game race, though a very unobvious one.


About evident things
This record is a typical BioWare soundtrack - atmospheric, tasty, interesting, deserving to be in a playlist. It’s not without flaws but we are rarely gratified with such nice medieval music. The main thing is that it’s Inon Zur’s new step from a world of clichés to a world of original style, creative research and simply good music. Well, buddy, you hit the right road.

Dragon Age: Origins demanded considerably more subtlety and depth from Inon Zur than most of his preceding action scores. The game itself was crafted as a dark fantasy epic and required a musical score that reflected its setting, drama, and mythology. Intent to deliver, Zur explored a range of styles for the soundtrack, ranging from mystical ambience to brutal action cues to elvish hymns. The audio team at BioWare also ensured high quality production values for the title, blending recordings with the Northwest Sinfonia and Chorus with the distinctive voice of soloist Aubrey Ashburn. In December 2009, Electronic Arts released a more complete digital soundtrack for the game on iTunes, featuring 35 pieces and an one hour of music. Does the full score satisfy?

The opening theme suitably sets the tone for BioWare's dark fantasy epic and is a stunning complement to the cinematic. The first section features Aubrey Ashburn's exotic vocals beautifully interweaving with an elegiac trumpet countermelody. The power of the Northwest Sinfonia is testified at the 0:53 mark as the composition heads into a bombastic action sequence so characteristic of Zur's work. Nevertheless, the composer has the compassion to break up these sequences with a beautiful flute and vocal passage before ending the composition on an uplifting yet uncertain note. The memorable and meaningful melody makes welcome reappearances elsewhere in the score, such as in the contemplative "Elves at the Mecry of Men" and majestic "King Edrin", all the while enhancing the storyline and ensuring it remains a drama focused on humanity.

Of course, Zur's characteristically styled action music is also dominant in the score. One of the finest additions to the album, "The Battle of Lothering Village", is a slow-building imperial march featuring all the elements one might expect from an epic game music theme — string crisis motifs, chorus chanting, and furious percussion. It's far from a creative conception, but stands out at least for its high quality production values and stimulating development. It's incredible how Zur fluidly evolves this composition to enter, culminating in a beautiful trumpet solo at the 1:45 mark. Tracks like "The Deep Roads" and "Battle The Darkspawn Hordes" sound even more stereotypical and seem to be more about high quality production values than compositional intricacy. While some of these pieces could have come from a stock 'epic cinematic music' production library, others like "To Kill an Ogre" and "Challenge an Arch Demon" are genuinely artistic and fascinating. Though Zur is certainly bombastic, he rarely uses loudness as a mask to hide elephantine composing in this case.

Although Zur's musicality can be heard throughout the score, there are refreshing departures in the more atmospheric works. Some compositions like "Mages in Their Chantry" and "The Dungeons of Landsmeet" are reminiscent of Danny Elfman with their fantastical chord progressions and haunting choral support. Although quite short cues, so much emotion and variation is packed into their playtime that they still appeal on the soundtrack release. There are also some exceptional examples of cinematic underscore on the full soundtrack, such as "The Betrayal" and "The Chantries Hubris", that could easily fit in a highbrow Hollywood score. Others take a more classically-oriented approach, particularly "Human Nobility" with its elegant if schmaltzy violin and trumpet solos, whereas "Join the Grey Wardens" demonstrates Zur's capacity to use exotic forces. Note, however, that many of the biggest novelties in the soundtrack such as "Tavern Brawl" and "Rise of the Darkspawn" are exclusive to the Collector's Edition.

Aside the main theme, the vocal themes provide the main highlights of the soundtrack. "Lelianna's Song" is an exceptional beautiful elvish hymn inspired, as with much of the rest of the soundtrack, by Howard Shore. It is quite minimalistic as a composition, featuring a vocal performance against harp arpeggios and soft strings, but Aubrey Ashburn brings out so much feeling to the melody that this is actually an advantage. She returns as the co-composer and vocalist of the ending theme, "I Am the One", previously featured at A Night of Fantasia 2009. This is one of the most artistic ballads in game music. Ashburn creates so much warmth and mysticism while interpreting the elvish lyrics, while the supporting instrumentals retain a wistful organic flavour. Exclusive to the full soundtrack, the Dark Fantasy Version is of exceptional quality and embellishes all the emotions and imagery featured in the original song.

Inon Zur's score for Dragon Age: Origins is quite deserving of the acclaim it has received so far. As with most of the composer's works, it is technologically accomplished and functions effectively within the game. What's more, it's also often an emotional and entertaining listen thanks to Zur's memorable leading themes and experiments in other styles. Although a bonus soundtrack is available with the Collector's Edition of the game, the more complete digital soundtrack released on iTunes is far more recommended. It features many wonderful exclusive cues and is more faithful to the original context. However, many should be aware that many of the compositions were created as brief and intricate cinematic underscore, so not all are recommended out-of-context. Furthermore, some excellent cues were still omitted in the full release. Nevertheless, Dragon Age: Origins goes quite far beyond the boundary of being 'merely competent' and serves as an artistically inspiring work too. Inon Zur's soundtrack is one of the premiere examples of an accomplished cinematic video game score.

The Music of Dragon Age

...
Показать
13.05.2009    1331
Here you can freely listen to preview tracks from Dragon Age: Origins - Original Videogame Score. Album was composed by Инон Зур and was released on December 08, 2009. Soundtrack consists of 35 tracks tracks with duration over more than hour. Album was released by E.A.R.S..

Sounds like Ambient, Classical, Score - that's what we can say about this album. Tracks preview provided by iTunes. If you like Dragon Age: Origins - Original Videogame Score, we strongly recommend to buy it. Support composers, artists and performers so they can release more music in the future. Furthermore, it's inexpensive. This album costs only 9.99 USD. Prices and shops where you can buy it are at the right column. Notice, Yandex.Music gives you opportunity to freely listen to this album. Absolutely legal. Without violations.