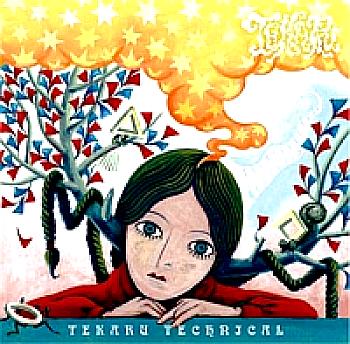 Tekaru Technical is a mini-album from TEKARU, the in-house band of Hideki Sakamoto's noisycroak. Featuring progressive rock renditions of his music from echochrome, Patchwork Heroes, and No Heroes Allowed!, it makes for an interesting listen. But does it have enough to warrant a purchase?

The first two arrangements on the album come from echochrome, the fan favourites "prime #7" and "prime #919." When I first listened to this tracks, I was quite surprised at how well they adapted for rock band performance. They still maintain their classical influence quite well, while introducing classic rock vibes in the former and funk rock approaches in the latter. Both are extremely enjoyable to listen to, as a result, and I"d love to see more echochrome arrangements done in a rock style.

"The First Battleship," from Patchwork Heroes, is also quite enjoyable. It's keyboard work from Hiroyoshi Kato that truly stands out this time. Although there aren't any flashy solos, I think it's a nice rendition of a very exuberant orchestral original. No Heroes Allowed!'s "Final Gathering!" is much more progressive rock focused. The synthesizer tones have a very heroic touch to them, while Keisuke Itou's bass guitar adds a nice rhythm. Although it takes some time to get going, once the electric guitars are incorporated into the mix, it makes for a very satisfying listen.

"World to Come" is the ballad of the album. It is a poignant remix focusing on beautiful piano passages, heroic and warming synthesizer tones, and electric guitar performances. Much like the ballad arrangements from The Black Mages, it still maintains a light rock focus. This is probably my favorite track on the album. It should also be noted that the album opens and closes with "A" and "N," the first and last letters of the Japanese alphabet. These two tracks are very short and experimental, focusing on quirky electronic tones. In some ways, they're reminiscent of Sakamoto's style on Wonder World. Nothing spectacular here.

In the end, I think that the first album by noisycroak's TEKARU band is fairly successful. It gives a nice interpretation of tracks, some of which I thought would not work very well in the rock style, and gives a glimpse into a future project by the members of noisycroak. While I think there is still room for improvement, such as arranging the tunes a bit more liberally and including some instrumental solos. While the pricetag is reasonable, it would have also been great to have heard more tracks here. Nevertheless, it's definitely a solid debut and fans of noisycroak's music and rock should find something to enjoy on the album.

Album was composed by Хидэки Сакамото and was released on March 28, 2012. Soundtrack consists of 7 tracks tracks with duration over . Album was released by noisycroak Records. 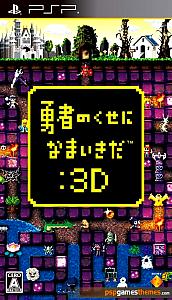 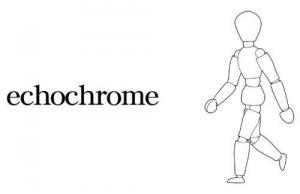