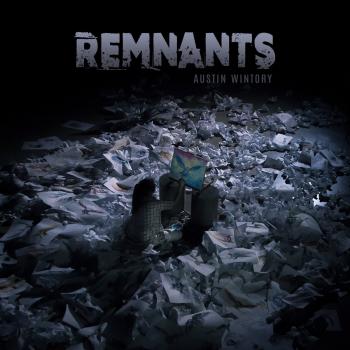 "Every composer, and indeed every artist in general, faces constant rejection. In my case, the most common form of that is in writing demos or pitches in an effort to work on a given project, only to be told no. The reasons almost always have nothing to do with me specifically, yet it's tempting to take it personally. To equate rejection with failure.

As my career has gone on though, it dawned on me that rejections were actually a much better measure of opportunity. And looking back, I realized just how many opportunities I've had! It didn't matter that so many didn't work out.

100% of the music on this album was bound for the trash. Most of it is rejected pitches, but a few are also cues for cancelled projects and there's even some from projects I was fired from mid-way through.

In the end, I hope you enjoy it and that it's a reminder that rejection isn't defeat, but actually strangely fun and empowering."

Album was composed by Остин Уинтори and was released on August 02, 2019. Soundtrack consists of 38 tracks tracks with duration over more than hour. Album was released by Austin Wintory.

Sounds like Electronica, Ethnic, Folk, Rock - that's what we can say about this album. Notice, Bandcamp gives you opportunity to freely listen to this album. Absolutely legal. Without violations.