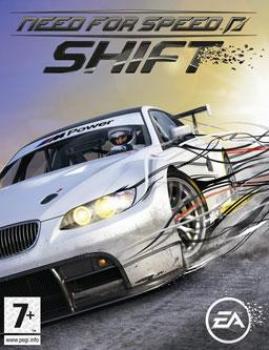 Need for Speed: Shift was released in 2009, just before the release of Need for Speed: Nitro. As has become customary with the series, the soundtrack to the popular racing title is made up from licensed music, and hence lacks original content. Unlike with its successor, the in-game music is actually fairly listenable, with contributions from popular artists such as The Prodigy and Kanye West. A former iTunes album release, the Need for Speed Shift Official Soundtrack for this title features just 12 of the 20 or so tracks featured within the game, but mostly provides a good representation of what can be heard.

The album features a fair few rock and alternative rock tracks. Regular John's "Transmitter" represents the faster paced, screaming vocal, and drum heavy rock styles on the album. "Underdog" from Kasabian and "This Time we Stand" from In Case of Fire take upon a more melodically centred approach, with the latter track being the better out of the two. It's also good to see the presence of punk and ska on the album. "The Streets Are Ours" from ska band The King Blues is a fun track with an upbeat rhythm and anthem-like stance. I'm sure many will agree though that "I Dread the Night" from hardcore punk band Gallows is by far the worst track on the album, with its grating vocals. At least punk has received some representation on the album, amidst some strong rock tracks.

The electronica additions to the album are all fairly decent too. "Lost Weekend" by The Qemists starts off in a similar rock style to those featured elsewhere on the album, before manically changing into a drum and bass section. Two other additions, "Baditude" and "Click Click" from Harris Spoon and MSTRKRFT, respectively, take upon a more dance and house centred approach, with each featuring an buoyant rhythm and great synth sounds. My favourite out of all the electro additions though is "Ghosts N' Stuff" by Deadmau5; starting off with a yearning melody and touching vocals, the track explodes into a heavy hitting drum and bass segment at 1:17. The song stands out through this unexpected development, and also feels much more like a driving track than previous contributions, simply due to its pumping nature.

Fans of neither rock or electronica may be pleased to see the addition of a couple of hip-hop tracks on the album too. Furthermore, haters of mainstream hip-hop may be pleased to know that Kanye West's in-game track "Paranoid" hasn't made it to this album! Two of the three hip-hop inclusions are actually pretty bearable, with each taking unique styles. "Funk 4 Peace" from Fort Knox Five is a flavoursome funk and rap blend featuring some pretty entertaining DJ disc scratching. "Under Control" from Rootbeer is a similarly entertaining track with its '70s vibe in the bass rhythms and cheery sound. The third track, "High Life" from Two Fingers is probably the worst addition in the genre though, with its generic beat and annoying rap.

This small release is a fairly good listen, mostly for the reasons that it gives a decent representation of the musical genres featured. It's great to see the combination of a couple of ska, punk, and otherwise uncelebrated electronic contributions alongside rock contributions, in a not so obtrusive fashion. Though this album was widely available through iTunes, it seems to been removed, possibly indefinitely. Instead those who enjoyed the in-game soundtrack might be best off searching down the albums of their favourite artists.

Официальный сайт игры: shift.needforspeed.com...
Показать
31.08.2009    1759
Album was composed by and was released on September 12, 2009. Soundtrack consists of 24 tracks tracks with duration over more than hour. Album was released by Electronic Arts.

Sounds like Dance, Electronica, Hip-Hop, Licensed Music, Pop, Rock, Soundtrack, Various Artists - that's what we can say about this album. 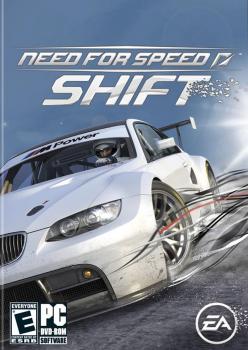