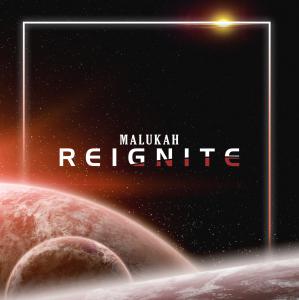 "Reignite is a tribute to Commander Shepard and all of the Mass Effect characters that kept me company while playing the games.

This song marked an important part of my life. I'd been struggling as a musician for years and felt I'd run out of options. I had decided to stop chasing that dream. And then, a cover video I made went viral.

At first, I was reluctant to get my hopes up again that I could do this. Make a living from music. But months later, while writing the lyrics to Reignite, I realized I was singing those words to myself. To not give up. Those lyrics weren't only about Shepard. So I cried like a baby. And made up my mind to keep trying even though I was scared of how difficult it would be.

That's one of my favorite things about writing. It can be life changing even when you least expect it.

The original themes that inspired the music for this tribute song:

I Was Lost Without You (Sam Hulick - Mass Effect 3)

A Future for the Krogan (Christopher Lennertz - Mass Effect 3)

Here you can freely listen to preview tracks from Reignite. Album was composed by Кристофер Леннерц / Клинт Мэнселл / Джек Уолл / Ричард Жак / Сэм Халик and was released on February 21, 2020. Soundtrack consists of 1 tracks tracks with duration over about 5 minutes. Album was released by Materia Collective.

Tracks preview provided by iTunes. If you like Reignite, we strongly recommend to buy it. Support composers, artists and performers so they can release more music in the future. Prices and shops where you can buy it are at the right column. Notice, Bandcamp gives you opportunity to freely listen to this album. Absolutely legal. Without violations.