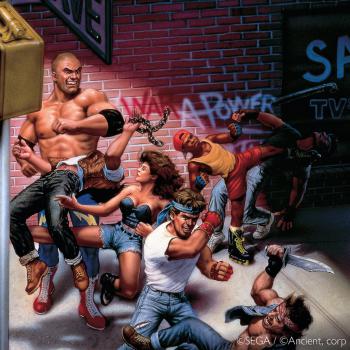 "Widely regarded as one of the greatest and most influential game soundtracks of all time, STREETS OF RAGE 2 remains a towering achievement of the 16bit era. Data Discs is extremely proud to be releasing this masterpiece of FM synthesis, composed by Yuzo Koshiro and Motohiro Kawashima in 1992 and sounding more relevant today than ever.

The audio has been carefully remastered using multiple sources, including the original NEC PC-88 files supplied by Koshiro himself and two Japanese Model 1 Mega Drive consoles.

This album was originally released by Data Discs in 2016 as a vinyl-only edition. This download version has been newly remastered for digital distribution in 2020.

The composers wish to thank WING☆GHOST for his assistance.

Album was composed by Мотохиро Кавасима / Юдзо Косиро and was released on March 09, 2020. Soundtrack consists of 25 tracks tracks with duration over more than hour. Album was released by Data Discs.