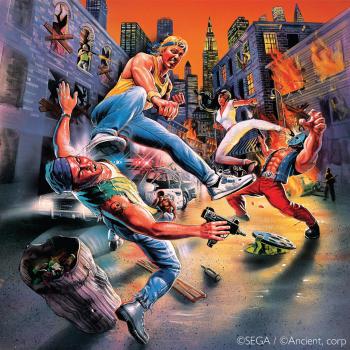 "The original soundtrack to the classic SEGA game from 1991, fully remastered in close collaboration with legendary composer, Yuzo Koshiro.

Audio sourced from the original NEC PC-88 files, recorded and supplied by Yuzo Koshiro, in combination with a 24bit/96kHz capture from a Japanese Model 1 Mega Drive console with VA1 motherboard.

This album was originally released by Data Discs in 2015 as a vinyl-only edition. This download version has been newly remastered for digital distribution in 2020.

All music composed by Yuzo Koshiro.

The composer wishes to thank WING☆GHOST for his assistance.

Album was composed by Юдзо Косиро and was released on March 09, 2020. Soundtrack consists of 17 tracks tracks with duration over about 45 minutes. Album was released by Data Discs.