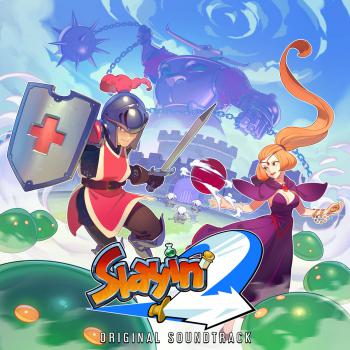 "Slayin 2 is the long awaited sequel to the 2013 cult classic mobile game, "Slayin".
Now out on the Switch, the developer and myself, after much deliberation decided that we wanted the game to have a lead guitar theme not unlike the Japanese games from the mid to late 90s.
Rocking guitars, slamming drums, killer synths and cinematic orchestral elements. We've come a long way from that 2013 NES based soundtrack, to a fully fledged rock and metal orchestral beast."

All songs written by Matt Creamer

Album was composed by Мэтт Кример and was released on May 07, 2020. Soundtrack consists of 36 tracks tracks with duration over about 60 minutes. Album was released by Matt Creamer.