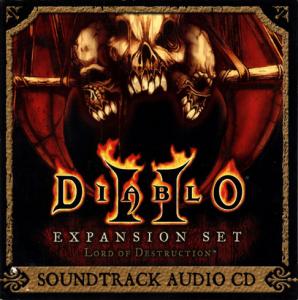 Just like its predecessor, Diablo II had been an huge success among gamers and critics. And just like the original Diablo, the saga's second part would of course enhance its (sales) glory through an expansion pack, this time dubbed Lord of Destruction. Unlike the first Diablo's expansion pack though, Lord of Destruction wasn't a third-party product, but was instead developed by Blizzard. Revamping Diablo II's gameplay and adding new character classes, weapons and a fifth act to Diablo II's storyline, Lord of Destruction was another sterling entry into Blizzard's distinguished body of work and received strong reviews.

For Lord of Destruction's score, series mainstay Matt Uelmen would return to write a bit over 20 minutes of new music for this expansion pack. However, his soundtrack ended up being much more than a simple continuation of his work for Diablo II. For the first time in his career, Uelmen was given the chance to record with a symphony orchestra (still very much a rarity for a game score in 2001), in this case the Slovak National Symphony Orchestra – Uelmen would work again with them on World of Warcraft: The Burning Crusade and Torchlight II. After writing the music for Lord of Destruction in September 2000, Uelmen recorded the score in January 2001, which was then released as a bonus CD that came as part of the game's Limited Edition. Needless to say that in following years, this CD became one of Western Game music's most sought after collectables.

Now that these technicalities have been discussed, let's move on to more fun things. Fans of Uelmen's work will probably already know that Lord of Destruction – at least on first sight – changed the musical direction of the Diablo franchise drastically, as Uelmen wrote what was easily the most Wagnerian Diablo score to date. There's an important distinction to make here though. On most occasions when the term 'Wagnerian' is used to describe a game or film score, it's meant to describe the music's lavish orchestral nature, with its melodies and harmonies having their origin in the late Romantic classical music of the 19th century's last decades. For Lord of Destruction, 'Wagnerian' applies in a different sense. This is a score that doesn't just recall a particular style of classical music, but instead actually sounds like something that Wagner could have written. While this may sound like hyberbole – and obviously Lord of Destruction doesn't try to replicate the gargantuan structure of Wagner's operas – this score's building blocks, the way its melodies are shaped, its highly chromatic harmonies, its characteristic orchestrations all manage to emulate the work of one of Classical music's towering geniuses. In some regards, Lord of Destruction is no work of great originality, as its so clearly fashioned after Richard Wagner body of work, particularly Tristan and Isolde. However, while Lord of Destruction is pastiche, it's pastiche of the very highest order – it takes immense skill to write such convincing emulations of a particular composer's style, particularly if that style is as characteristic as Wagner's. The result is a dazzling game score which – more than maybe any other Western game soundtrack – sounds like a piece of classical music, such is sophistication of Uelmen's compositions.

Truth be told, he does get some help from the masters themselves – the Brucknerian horn call that opens “Fortress” is in fact from Claude Debussy's Pelléas et Mélisande, “Siege” quotes the Gustav Holst perennial favourite “Mars, the Bring of War”, and inquisitive ears will likely find at least one direct Wagner reference on Lord of Destruction. However, what ultimately counts is that Uelmen channels all these influences and short snippets of other composers' works into marvellous compositions that are his wholly his own. The harmonic ambivalence that dominates every piece on Lord of Destruction, Uelmen's masterful use of each instrument section, each cue's intricate and extensive development; all these factors turn Lord of Destruction's pieces into miniature tone poems that mix an intoxicating array of moods and emotions like few other game scores. An alluring sense of hushed wonder runs through “Fortress”, which sounds more a walk through an enchanted, mysterious forest, and through “The Ancients”, whose rolling crescendoes and impressionistic orchestrations create a spellbinding effect that sucks the listener into Lord of Destruction's wondrous world. The glistening string glissandi from 1:34 into “The Ancients” are only one of the examples of Lord of Destruction's wonderfully evocative orchestrational details.

Still, closing track “Ice” is even a better showcase for Lord of Destruction's mesmerising appeal. “Ice”'s initially treble-heavy orchestration that includes glockenspiel over glacial string chords will be familiar in its basic approach from any number of Winter-related game score tracks. But while “Ice”'s formula may be well-known, the piece executes it to perfection through an impressively mature orchestration that is as colourful as it is delicate. “Ice” continues “The Ancients”' sense of wonderment through new and enchanting means and turns that previous track's sentiment into something that feels more claustrophobic, yet still beguiling. Later on “Ice”, Uelmen introduces short percussion outbursts and rasping brass chords that add an underlying feel of danger, which at the same time mixes amazingly well with the music's sense of quiet awe, turning “Ice” into Lord of Destruction's most fascinating, multi-layered description of a fantastical world.

Since its release, Lord of Destruction has repeatedly copped some flack for its perceived deviation from the Diablo franchise's established musical style, which is best summed up in the moody, sinister atmospherics of signature piece “Tristram”. But while Lord of Destruction is a lot more lushly orchestrated than Uelmen's earlier Diablo works and feels much closer to the “epic fantasy” sound of many other RPGs, Lord of Destruction isn't a simple break with tradition. Upon closer inspection, it turns out that Lord of Destruction continues the musical tradition of the Diablo franchise with different means. Just like Diablo and Diablo II, Lord of Destruction is a score that for most of its running time retains a brooding ambiance that might be less threatening then previously, but is still more concerned with setting a mood rather then relying on memorable memories. Make no mistaken, when Lord of Destruction turns melodic, it does so with spectacular results. The sweeping horn melody at 3:17 into “The Ancients”, backed by swirling string figures, has all the imposing heft of a heroic Wagnerian melody line, while the foreboding, yet opulent violin melody that sets in at 4:24 on “Siege” is yet another example of Lord of Destruction's delicious mix of emotions.

Still, most of the time, Lord of Destruction lets its effective parade of orchestral colours and timbres – rather than its melodies – do the work, just like its predecessors. In the end, Lord of Destruction's world is still a shadowy realm that keeps many of its secrets hidden away from visitors, only this time behind a veil of orchestral chromaticism, rather then behind the gloominess of Diablo and Diablo II's mix of ambient, rock and Gothic styles. And it's important to remember that Diablo II wasn't a straightforward continuation of Diablo's much starker and creepier music either, but instead opened up Diablo's harrowing soundscape to create more varied compositions. In the light of these considerations, Lord of Destruction doesn't appear as a flagrant break with tradition, but as an adventurous expansion of the Diablo franchise's musical world.

Also, if you miss the morbidity of previous Diablo scores, Lord of Destruction has that aspect covered too. “Halls” mainly consists of foreboding underscore that wouldn't be out of place in a horror movie. Similar to “Ice”, the piece deploys a good number of genre tropes (high-pitched, sustained violin dissonances, rumbling brass chords, a lonely piano line), but again wraps them up in refined orchestrations that effortlessly evoke a particular atmosphere – this time of a spooky dungeon and its morose inhabitants. “Halls” is Lord of Destruction's most easily classifiable and ambient composition, but that means in no way that it's insubstantial – on the contrary. The other piece that darkens the proceedings is “Siege”, which is Lord of Destruction's take on military bombast and martial rhythms. Once more, the results are outstanding, with the composition retaining the album's general sense of mystery despite the track's belligerent nature, and working its way to a cathartic string climax for the “Siege”'s finale.

Lord of Destruction is that very rare occurrence, a game soundtrack that can legitimately claim to sound like a piece of classical music. It's Wagner-pastiche, but let's not forget that there are few game composers who could write a score that sounds like a lost excerpt from Tristan and Isolde. Uelmen pulls it off with utmost finesse and panache, writing one of the most artfully shaped and orchestrated Western game scores to have been released thus far. Lord of Destruction is a dazzling piece of work that despite its kaleidoscopic colours remains coherent through the sense of mystery, awe and majesty that runs through the whole album and ties it together. While Lord of Destruction's new symphonic direction won't please all fans of Uelmen's previous Diablo scores, this album still clings on to aspects of the franchise's musical tradition and is an organic element of its history. It's obviously not the most original soundtrack out there, as it purposefully stays close to Wagner's chromaticism-laden style, and the orchestral recording could do with a shade more brilliance. Be that as it may, Lord of Destruction remains one of the most impressive and intoxicating orchestral game scores out there.


Показать
07.09.2008    2891
Album was composed by Мэтт Ульмен and was released on June 29, 2001. Soundtrack consists of 5 tracks tracks with duration over about 25 minutes. Album was released by Blizzard Entertainment.

Sounds like Acoustic - that's what we can say about this album. 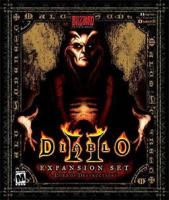 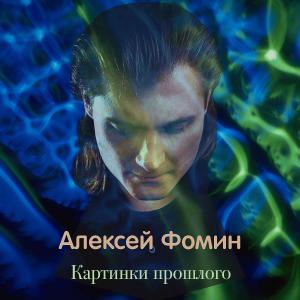