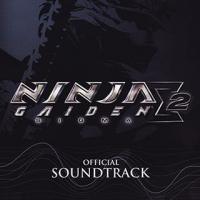 The question “Why is the next review devoted to NGS 2?” has a detailed answer. First, the music of Japanese composers – not only of acknowledged classics – leaves few people untouched. It has lots of new and strange features, especially for a person who got used to European musical traditions. And secondly, the game itself is noteworthy. Watching gameplay videos again and again I gave the soundtrack the highest marks in advance. And so I had to prove my estimates. (I should say at once that I had to do a double work: there was a 3-hour rip with the music from the game in the first place and only after that I succeeded in getting the soundtrack itself – it’s not so long I should say).

All the tracks on the album can be divided into 2 categories: those that as a rule are cut out from the electronic loops and beats, therefore completely lack in its own content and relate to what’s happening on the screen belong to the first category. Names of such tracks correspond to specific game events (like Fighting Soul or Murderous Intent), and these very compositions are purely illustrative. The second category consists of tracks that are contrary to the action. They tend to be connected to the emotional part and inner story of the game and should convey what can’t be expressed in words or via visual component.

Let’s talk about the tracks that fall under the first definition. It’s nearly always urban, entirely deprived of a plot, tightly stitched together of what was near at hand music. The tracks are ‘stuffed’ with electronic, however, quite ordinary samples. All the limits were exceeded so that it would sound powerful and explosive as possible. As a result on the background of beats and other someway musical sounds the idea of the music is being lost. The rudiments of a melody are buried under an avalanche of thunder and rattle. Despite the crazy rhythm and strictly dance nature music is like frozen in one place – no proper development can be traced (of course, there’re some exceptions, for example, Confrontation is an excellent track, though for some reason it hasn’t been included in the OST). It’s impossible to specify the genre of the tracks: the composers are on the path to music hyperinflation mixing incompatible components at their own risk. Thus, we get this typical music which covers 90% of the game time and which could be hardly replaced by anything else. It's a kind of ambient (like in notorious S.T.A.L.K.E.R.) only in an urban-mix form.

Can we talk about the composers’ negligence in this case? Of course, no. Despite the fact that they have not invented anything new, the work is done very and very professionally (quality of the sound provided by Japanese teams is not a matter of worry). Far less tracks can be seen in the second category but their contribution to the album is difficult to be overestimated. Among these tracks there’re the most remarkable and memorable compositions (for example, the main theme or The Hero, the style of which differs significantly). The title composition reminds of a long-lasting rondo, where one and the same theme is being repeated an infinite number of times, gradually acquiring more and more virtuoso passages and new aftersounds.

There’re some more musical episodes designed to replace this theme in the course of development and to decrease the emotional intensity so as to prepare the ground for the next culmination. It’s noteworthy that this very theme resounds in Vengeance and the motive on which it’s built at times appear in other tracks. Made a theme of revenge a main one the composers force us to experience the music as even more malicious, fierce, like the inevitable fate. It’s hard to pick a word that would exactly describe the essence and the nature of all the music – music that has absorbed the whole range of human emotions: from blind rage (Approaching Doom) to contemplation (East Meets West), from a feeling of an imminent death (Apocalypse) to a victorious glee (The Hero). This word should rather convey the skill of the authors working on the album. Their skill can be described as topnotch and in no other way.

The length of the game rip is 3 hours and a half. An intention to listen to all the tracks form the beginning to the end is much of a heroic deed. Besides unlimited free time and iron motivation you should think once again – as during the same time you can listen to the most part of Beethoven symphonies (app. 6 hours), half of ‘The Beatles’ studio albums (8 hours), Handel’s Messiah (2hr 30¬min) or almost all “The Prodigy” (no point in counting the mins, listen as long as necessary). In short, you get to choose. My own advice for those who have not yet come to get acquainted with the album, but who is desperately short of time – if you’re not sure that you’ll be able to listen it to the end, than don’t even try. OST to NGS 2 is so much like one piece, and every track in this game is unique. So, you can form a correct judgment about it only if fully immersed in the atmosphere of the album from the first to the last bars.

Ninja Gaiden Sigma 2 brings back one of the composers from the original soundtrack — Ryo Koike, whose work on the first was arguably the most creative and refined, and unites him with Hiroyuki Akiyama and Takumi Saito. Despite the return of the original composer, the score for Ninja Gaiden Sigma 2 is almost entirely westernized apart from the "Main Theme". There are few references to traditional Japanese instruments that the first Ninja Gaiden soundtrack incorporated to add flair. In a way, it is good that they gave up those pretenses.

Again, we return to a high-energy environment where nearly every track must have that brooding sense of urgency and intensity that fuels the same atmosphere in-game. Tracks like "Foul Power", in particular, will not disappoint Ninja Gaiden fans. The level of detail in the way the high-hat flutters alongside these grungy synth patches and a female vocal sample amounts to a work of art. As with previous efforts, there are a host of synthesized sounds that provide an "art of noise" aspect to this track and similar ones, and give it that eerie depth that shows time and effort were clearly put into these tracks.

This time, the brass and string samples are significantly improved and used in a more integral manner. The majority of the tracks are not purely industrial or hardcore techno, but feature a blend of orchestral elements and electronic percussion. Having an orchestral palette does give a more epic feel to the score, but it also demonstrates the composers' weaknesses in scoring and melodic composition. Tracks like "Fluttering Danger", for instance, are almost painfully amateurish as we clearly see the composers venturing into new territory here. At least the series' recurring theme, "Vengeance", comes across in a familiar yet bold way that reminds you of the game’s epic legacy.

As with the original Ninja Gaiden soundtrack, the composers tend to pick a drone and stay on that note for the majority of the track. The brass and strings that now are a part of most tracks simply play within that narrow framework. This is a useful, albeit common, way of keeping the music in the background, but it also prevents tracks from being easily distinguishable. A majority of the songs can be described in similar, simple terms, as they really only present one or two compositional phrases and roll with them. Only a few tracks, such as "Fuga", dare to venture outside a simple I-V-I chord pattern. Some would argue that this is fine for short-track composition, especially in anticipation of the tracks looping numerous times per level.

While the tracks may be simplistic in their use of the orchestral elements, at least we have a higher production value than in previous attempts. The slick, polished feel of each track helps drive the point home: this game is relentless in its intensity. "Twisted Shadows", in particular, is incredibly tight, and features a bit of that shakuhachi-esque over blowing and expressivity set to a wonderfully driven backbeat; the orchestral elements and pads that give a sense of underlying harmony remain subtle and effectively placed within the mix.

Ultimately, I wish more of the tracks could stand out as well as "Twisted Shadows" or "Foul Power" do. I am concerned that the composers abandoned the game's roots and compromised with orchestral elements, instead of sticking to their guns. One can see examples of their great drum programming in tracks like "Seeds of Life", marred by mediocre brass parts. While the music still has much to offer fans, there is something lost in merging styles where a composer just doesn't have a comfortable grasp of its potential. There are still plenty of gems to be found on this soundtrack, but this is a typical example of game composers being cornered into a particular style and not coming up with their greatest results. 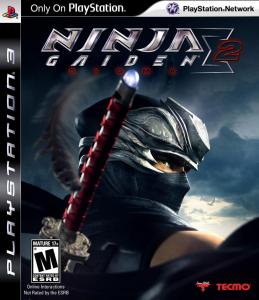