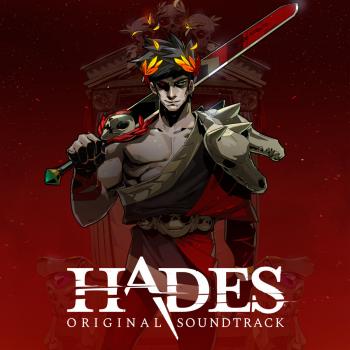 The Hades Original Soundtrack by award-winning composer Darren Korb features two and a half hours of blood-pumping music created exclusively for our god-like rogue-like dungeon crawler.

The album features additional vocals by longtime collaborator Ashley Barrett, and has been specially remastered for stand-alone listening. Even if you know Darren and Ashley's music from Bastion, Transistor, and Pyre by heart, you've never heard them like this before! The Hades Original Soundtrack features key pieces recorded with orchestral accompaniment at the world-famous Studio Two at Abbey Road Studios in London, and a host of extraordinary musical talent in contributing roles.