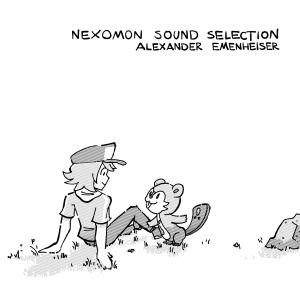 In 2017, the artist was contacted by Lime Turtle, Inc. to compose for the upcoming monster catching RPG Nexomon. Lime Turtle would later become VEWO.

Tracks 9 and 15 went unused in the final game.

The original versions of "Nexobox" and "Hilda" contained extended intros that were cut by the developers. The original project files were lost in a hard drive failure and no backups existed in the cloud. The audio files used in this album are based off of a game rip done on the Steam version. So, it is unlikely the complete versions of these tracks will ever be released.

Alexander and Jade Leamcharaskul from Polygon Tones planned to organize a live orchestral performance of "Route 1" along with music from other game composers to celebrate indie game music. But due to the COVID-19 pandemic, the plans were canceled.

Album was composed by and was released on January 11, 2021. Soundtrack consists of 17 tracks tracks with duration over .