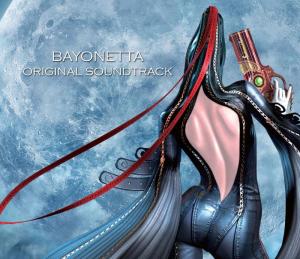 After a year of anticipation, PlatinumGames and Sega's Bayonetta Original Soundtrack has finally arrived through my door. I've been excited about the score ever since it was confirmed that Devil May Cry mastermind Masami Ueda and his Okami assistant Hiroshi Yamaguchi were scoring it. Things became even more interesting with co-composer confirmations, beautiful samples, and the confirmation of a five disc soundtrack release. The final score does not disappoint. The composers did a great job achieving an appropriate style for the game while offering many entertaining and emotional pieces for stand-alone listening. However, there are a lot of short and uninteresting cues on the soundtrack release that were clearly only intended for contextual purposes. Can the soundtrack still be an enjoyable experience as a collective whole?

Right from the "Opening Demo", Hiroshi Kawaguchi demonstrates what to expect from the soundtrack. He aims to portray the main character as a frivolous and sexy witch in a modern day world. "Riders of the Light" is a particularly iconic depiction of how he achieves this. A stylish and progressive blend of light jazz and R'n'B influences, Yamaguchi really captures the feminity of the character with features such as the jazzy piano chords, slick synth parts, and flute decorations. There's even a sassy female backing chorus. Masami Ueda also uses the voice of Helena Noguerra to portray Bayonetta on the game's main theme. Noguerra's vocals have a distinctive quality to them — silky yet abstract — and not all will like them. Either way, the core melody is good enough to still be enjoyable and particularly shines is the retro version at the end of the soundtrack. It's also interesting how they selected the old cabaret song "Fly Me to the Moon" to represent the era clash in the game. The main remix of the track is surprisingly a modern acid jazz remix and it's only at the ending of the soundtrack that listeners are treated with a more authentic version.

Despite the jazzy focus, there is a darker core to the soundtrack. In particular, "One of a Kind" impresses with its production values and epic writing for orchestra and chorus. There are strong gothic influences created by the canonic presentation of the main melody and the glorious choir chants. Although the focal elements of the composition repeat many times, Yamaguchi knows how to create a continually compelling five minute listen. Tear jerking piano parts, breathtaking choral counterpoint, and extravagant ascending chord progressions emerge as the backing strings continue to race. Some of the most intense stage themes also recount the furious quality of the opening. Rei Kondo's "Town Areas Swallowed by Lava", in particular, is stunning in conjunction with the visuals with its intense blend of chorus, orchestra, and piano. The gothic influence is even more explicitly referenced in "God's Voice", "Graveyard of the Memories of Time", and "Paradiso - Star Ocean". These have an even more celestial quality than Devil May Cry's greatest and prove simultaneously beautiful yet haunting.

Aside the gothic feel, the stage themes for Bayonetta are certainly a diverse and impressive bunch. "The Falling Military Transport" unites the orchestral, vocal, jazz, and electronic influences of the soundtrack together into an iconic first stage theme; after a bombastic introduction, the prominent integration of the main theme fmakes the track all the more encompassing. Masami Ueda's "Vagrid - Town Areas" is written in a similar tone to Devil May Cry's ambient stage theme with male chorus chants and tribal percussion. However, it blooms from its minimalistic origins into a highly emotional composition with lavish piano, oboe, and guitar work. Other atmospheric contributions include "Vagrid - Station Home", a colourful yet moody blend of Masami Ueda and Norihiko Hibino's trademarks, and "The Witches' Forge", another demonstration of Naoto Tanaka's capacity in the rhythm department. Towards the end of the soundtrack, Kondo offers pumped-up emotional anthems such as "Giant Military Transport, Valkyria" and the surprisingly entrancing "Isabel Building - Lower Floors", leading into an utterly deathly organ and chorus theme for the final floors.

While there aren't that many stages in Bayonetta, the journey to the climax is ultimately a long one. This is partly because the game is jam-packed with events and the composers of Bayonetta composed music to accompany all 35 sets of them. This cinematic underscoring certainly adds to the drama and atmosphere of the game and is on par with that featured on Western productions. In particular, GEM Impact bring a moody cinematic sound to numerous pieces ranging from the prologue to the epilogue. However, they receive very little opportunity to really shine given most of the events they underscore are less than one minute long; even Norihiko Hibino's beautiful saxophone solos or Yoshitaka Suzuki's elegaic moments are saddeningly brief. Nevertheless, most of their tracks seamlessly blend into the soundtrack while subtly enhancing the game, so are hardly jarringly interruptive on the soundtrack. Listeners should nevertheless expect to be confronted with numerous event themes throughout the soundtrack — many more than the actual highlights of the soundtrack — so may want to seriously consider ripping the album and trimming it down for a consistently stimulating experience.

The battle themes are the other main highlights of Bayonetta. In particular, "Battle for the Umbra Throne" blends the punchy piano-based jazz focus of the score with surprising bagpipe infusions and flamenco guitar parts. It sounds so improbable in writing, but it is composed and implemented so well that it satisfies on every level and even represents the European setting of the game too. Later tracks such as "Red & Black", "Climactic Battle", and "Demonic Beast Summon" are also bound to make listeners smiles with their upbeat rhythms and warm fusions. On the more dramatic side of the experience, the team once again brings a lot to the table with awe-inspiring gothic works like "Fortitudo in Labors and Dangers" and "Temperantia - In Foregoing Pleasures". Rei Kondo is actually responsible for the climax of the soundtrack and brings one more element to the already intense orchestra and chorus work — romantic piano work akin to Rachmaninoff. "Iustitia", "Sapientia", and "You Can Call Me Further" all exhibit this style and are some of the most mighty compositions ever featured in a video game. The pomp is rounded off with "The Greatest Jubilee", an eight minute composition that reprises the lyrical canon figure of the opening theme within an even more dramatic environment.

There is a bunch of miscellaneous material featured on the fifth disc of the release. Firstly, there are the classic versions of five of Hiroshi Kawaguchi's stage themes for Sega's OutRun, After Burner II, Fantasy Zone, and Space Harrier. If you don't have the likes of the OutRun 20th Anniversary Box, this is a great alternative and doesn't carry the risk of acquiring "MSS Syndrome" either. In addition to the enjoyable originals, there are great climax mixes versions of the themes elsewhere on the soundtrack, including some guest appearances by Kawaguchi and Masami Ueda's treatment of "After Burner" in a very different kind of fusion. Another feature of the fifth disc are the "Angel's Voice" themes. These are interpretations of famous classical compositions such as "Jupiter" and "Fantasy Impromptu", featuring solo piano work and warped sound effects in the style of a vinyl record. They're very atmospheric in context, though too brief and samey on a stand-alone level to be a big highlight. Much of the rest of the fifth disc features jingles, prototype versions, and trailer music that provide a revealing, but slightly unnecessary insight into how the Bayonetta sound came to be developed.

Now that was quite a ride! Whether Hiroshi Kawaguchi's sexy acid jazz themes, Masami Ueda's dark worldly fusions, or Rei Kondo's gothic epics, the team certainly create a distinctive, fitting, and entertaining complement for the game. As with Okami before it, the Bayonetta soundtrack features such a large amount of material that it can be difficult to listen to in one session, though. While the event themes bring a lot to the story, they can generally be regarded as short filler pieces on the stand-alone release, and the majority of the fifth disc is unnecessary. Most listeners would be wise decluttering their rip of the soundtrack to leave all the best themes and leave the remainder of themes strictly to a contextual setting. Fortunately, there are more than enough highlights among the stage, battle, and main themes of the game for Bayonetta to be a highly appealing listen. This is a must-have album overall, although it is worthwhile playing the excellent game first.

"Fly Me To The Moon"
Words and Music by Bart Howard 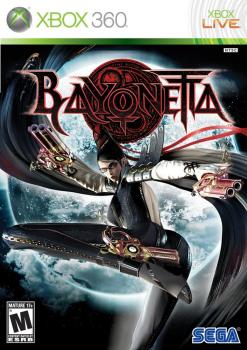 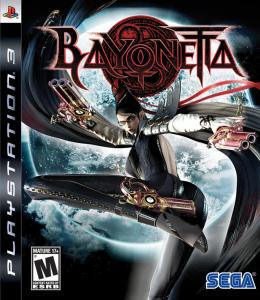