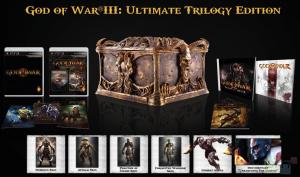 The first disc features music from the God of War Soundtrack, the first score for the series. First up, Gerard Marino's tracks use some very hard-hitting instrumentation to create an aggressive soundscape. Two of Marino's tracks which really stick out are the creatively developed "Kratos and the Sea" and "The Story of Chronos," so certainly give those tracks a listen! It's true to say that Mike Reagan and Ron Fish create similarly powerful sounds too, but rather, they focus on ethnic instrumentation rather than melodic exploration. Two tracks worth listening to are Mike Reagan's "Mind the Cyclops" and Ron Fish's "Pandoran Cyclopes Attack."" Mind the Cyclops" features some chilling instrumentation, with a low threatening choir being its best part, whereas "Pandoran Cyclopes Attack" is one of the disc's more surprising themes with its fast paced drum line and constant orchestral hits.

Though Reagan and Marino contribute the most themes to the disc, their fellow composers each have a couple of impacting tracks, and earn their place. Though each theme on the disc is orchestral, each composer utilises their main strength to create a good selection of diverse themes. Cris Velasco's contributions for example, are of the more melodic variety, and of course this is where his strengths lie too. His three themes, "Zeus' Wrath Divine," "Hades God of the Underworld" and "Minotaur Boss Battle" are each well melodically developed, with the latter perhaps being the most striking and memorable in and out of context. Winifred Philips too creates a few melodic gems, but mostly relies on ambience in her compositions. "Exploring the Ruins" and "The Underwater World of Poseidon" are her two strongest themes, mostly due to the mysterious vibe that they emanate.

Despite the use of orchestral motifs being apparent throughout the soundtrack, the composers seem to have fortunately avoided producing a never ending dullness of tracks, as may have otherwise been expected. Rather, their collective musical knowhow makes way for a large number of well-developed orchestral themes, with a noticeable creative use of ancient and ethnic instrumentation. This disc provides a good opening to this compilation album, and provides a strong starting point for the following scores in the series

Following the accomplished God of War Soundtrack the God of War II Official Soundtrack is represented on the second disc. Gerard Marino's hard-hitting aggressive orchestrations get us underway with "God of War II - Main Titles," an awe-inspiring balance of strength and melody. He also contributes a few fast paced bass-centred tracks in the form of "The End Begins," "Crossing the Lowlands," and "Colossus of Rhodes," akin to what can be heard in the first soundtrack. He does surprise us though with his fantastically developed "The Way of the Gods" which contains one of this disc's most gripping melodies and string-choir interactions. That said, it doesn't compare to Cris Velasco's melodic and impacting contributions. The composer has evolved with this selection of powerful themes, the most notable of which is "The Isle of Creation" — with one of the album's strongest melodies played on strings and followed by a dangerous brass section, the track is an amazing adventure.

A composer who does surprise us is Ron Fish, who seems to have adopted Winifred Phillips' ambient style with his ominous contributions. "The Summit of Sacrifice" is a good example of this, with its quaint flute and guitar introduction, before leading us into an ominous section led by brass. "Atlas" is by far my favourite composition from Fish, with its creative use of strings, silence, oboe, and reverberation. Unlike Fish, Mike Reagan's style doesn't seem to have taken upon any different characteristics to his God of War contributions, just except he no longer relies on ethnic instrumentation. Although this removes distinctive character from his tracks, and makes them sound much like Marino's themes, it does allow Reagan to further develop upon his orchestral motifs. "Battle for the Skies" and "The Glory of Sparta" are his best, and are actually better than his earlier work, simply because he introduces some musical clarity.

Overall, God of War II a strong soundtrack, and comes in at a par with the first. Once more we are graced with a wide variety of ominous orchestral pieces, but the difference this time is that each composer seems a little more distinctive: Velasco has created more impacting tones, Fish has become more ambient, Reagan has moved on from his ethnic roots, and Marino's now even more aggressive. By the looks of it, this group of composers certainly seem to be heading somewhere, and this can be further assessed, just by looking at the next disc.

The last disc presents us with the music from the God of War III Original Soundtrack, which once more features music from Marino, Fish, Reagan, and Velasco, but also with three themes from newcomer Jeff Rona. Gerard Marino once more contributes the most tracks, in his typical aggressive and powerful orchestral style. The good thing though, is that Marino also seems to integrate a couple of stunning melodies within his themes, most notably in the fast-paced "Poseidon's Wrath" and the ambient "Revenge Falling." The latter can be best described as a musical rollercoaster, and one without any safety rails either.

Mike Reagan's contributions to the soundtrack almost seem pitifully few in comparison to Marino's, with just four new themes featuring on the album. Nonetheless, the themes we do hear from him are still worthy, and are by no means any worse in quality than what can be heard from the other composers — if anything, they are amongst the strongest! It is "In the Face of Fear" though which I find to be his most compelling track. The bold, aggressive manner stemming from this theme coupled with Reagan's strongest melody results in a powerful musical blend, with the emphasis placed on creating that ever so important ominous aura. Ron Fish, too, is just as successful, and seems to dabble with both ambient and power-driven themes. "The Lost Souls" is probably the best of his ambient tracks, but really, he succeeds more with his powerful ones. "The March of Tartarus," for example, appeals with its lavish string development and rising sequences.

Newcomer, Jeff Rona also has a similarly small contribution to the soundtrack as Reagan, but these are certainly impacting and imaginative. "Lure of a Goddess" is his most inspiring and unique composition, using ethnic instrumentation to create some fascinating imagery. The melody is this track's strong point, and it almost seems to guide itself, weaving in and out of Rona's sturdy accompaniment. It is Cris Velasco once more though who comes out as the king of melodies. Velasco's "Pandora's Song" is arguably the best track on this disc, with its success stemming from the carefully crafted coming together of all instruments involved in the main melody. It's stunningly beautiful in context too.

As expected, the final disc on this compilation (the God of War III Original Soundtrack) is the best of all three. With each composer providing consistently powerful tracks, decent melodies, and hard-hitting backdrops, it's hard to find a flaw at all. Considering the origins of the music for this series, it is interesting to note that it has actually come a long way, despite not really changing so much in style. It's clear that each composer has realised their strengths by this stage, and so they have successfully created themes in which these strengths are focused upon.

The God of War Trilogy Soundtrack is certainly the best way to experience the series' musical development, and allows the listener to see how the composers have developed over time. With the more recent God of War III Original Soundtrack featuring the best music in the series — and the God of War Soundtrack featuring the weakest — it's pretty obvious that there's a case of natural progression going on in the series. You'll find it hard to get your hands on this set of discs, though, and hence it's probably better suggest to purchase the albums separately. Of course, this isn't ideal especially since the first is digital-only, but you will have three more albums in your game music collection for your efforts.

Comes with the God of War III Ultimate Trilogy Edition.

Sounds like Ambient - that's what we can say about this album. 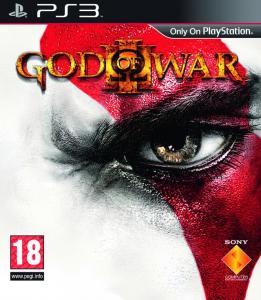 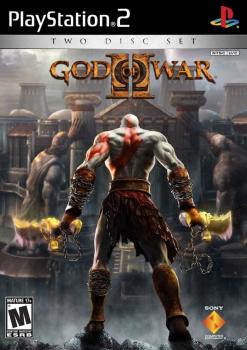 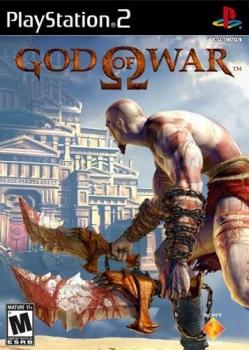