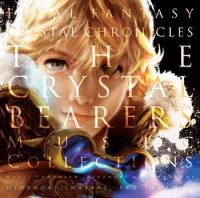 Despite its four year development time, large budget, and inspired design, the Wii's Final Fantasy Crystal Chronicles: The Crystal Bearers was a major commercial bomb and sold fewer copies than any new Final Fantasy game. Fortunately, its official soundtrack was still released and remains worthy of much attention. In contrast to earlier titles in the Crystal Chronicles subseries, Kumi Tanioka took a backseat and allowed former synthesizer operators Hidenori Iwasaki and Ryo Yamazaki to demonstrate their compositional talents beyond the Front Mission series. Rather than limit themselves to modest organic compositions, the duo focused on creating everything from full orchestral anthems to lively jazz and country improvisations. The final soundtrack manages to be Square Enix's most stylistically diverse to date and also one of their highest quality albums ever.

The instrumental main theme for the Crystal Bearers is introduced in the first orchestral cue, "Sky Dive!". While perhaps not as expansive or memorable as some of Final Fantasy's past melodies, it makes up for it with its bombastic Americana flavour and urgent yet heroic character. It certainly depicts the attitude of the protagonists to a tee, yet is also instantly compelling out of context. Whenever the main theme is stated, it's delightful. "Narrow Escape", for instance, is one of the most captivating orchestral cues in the game and creates a feeling of utter uncertainty during its four minute playtime. It benefits from Ryo Yamazaki's altogether more dense orchestration style and some FFXII-inspired percussive parts. Iwasaki's "Runaway", on the other hand, hybridises the Americana influence with slapstick march rhythms, country instruments, and even a little Zimmer-esque lyricism. The fusion sounds unlikely in theory, but it succeeds since it perfectly captures the personal story, rustic environments, and action-packed gameplay of the Crystal Bearers. In fact, the game features an even more diverse and hybridised soundtrack than some of these initial descriptions indicate...

A large portion of the soundtrack is dedicated to jazz and country compositions. After a short piano-based jazzy serenade, Hidenori Iwasaki establishes a unique voice for the title with the opener "Crystal Bearers Rumble". The clarinet and trumpet writing on this piece is the most I've heard in game music since Grim Fandango. Meanwhile the trombone bass, piano solos, and banjo support embellish the Dixieland and add to the character. It's a tight composition all-round and the performances are also top-notch. Delving a little deeper into the soundtrack, listeners are greeted with a surprisingly successful mishmesh of styles on "Alfitaria". It captures all sorts of facets of the Royal Capital with its goofy funk bass, Celtic bagpipe infusions, and epic brass interludes, while still creating a cohesive image too. But perhaps the most unprecedented themes for a Final Fantasy game are the more country-influenced one. Tracks like "Catch and Throw", "Snarky Tough Guy", and "Girls, We Have to Win!" combine banjos and suchlike with Tsuyoshi Sekito's electric guitars to convincing effect. Love them or hate them, these compositions are probably the most redneck-flavoured game music themes out there and just enhance Crystal Bearers' unique image.

There are a wide range of setting themes throughout the soundtrack. Some, like "Leto Prairie", are reminiscent of Final Fantasy XI's most organic creations with their serene flute melodies and mellow guitar support. Others inspire different emotions, such as "Snowfields" with its chilling chord progressions, or "Moogle Forest" with its spiritual electronic undertones. "Ruins" takes the ambient focus even further with its minimalistic phrasing and subtle soundscaping, yet Ryo Yamazaki manages to still pack everything from piano phrases to bagpipes to electronic undertones here, so doesn't take the lazy way out. Other compositions have a more contemporary feel, such as the tropical "Costa Fagita" or the funky "Bridge Town"; particularly noteworthy among these are the two prison themes, the futuristic electronic mood-setter "Aerial Prison" and the hostile electric guitar experiment "Prison Sands". Rounding off the selection, there are also classically-oriented chamber tracks such as "Garden of the Royal Capital" and heavenly organ chorales such as "Lebelgosh Monastery" for the more historic locations in Crystal Bearers' rich and intimidating world.

Despite the generally new direction for the soundtrack, Kumi Tanioka's influence is sometimes still felt. Most notably, Ryo Yamazaki offers arrangements of two Crystal Chronicles favourites, namely a flamenco performance of "Promised Grace" and a bluegrass improvisation of "Moonlit Starry Night"; while the arrangements themselves are impressive, perhaps what is most delightful about them is Tanioka's underlying lyricism. Five tracks on the soundtrack also employ the use of the ancient instrument ensemble from the original Crystal Chronicles, Roba House. Hidenori Iwasaki's "Little Domaine" could easily fit in the original game with its nasally woodwinds and rustic lute backing; however, it isn't just a fan service since it still works well in the vineyard setting too. Even better, Kumi Tanioka herself takes the opportunity to offer one original composition, "Hidden Tales of Adventure", which captures everything so distinctive and likeable about her musicality. She also arranges the Chocobo theme for the selection and, while it initially comes across as a straightforward bluegrass interpretation, a few refreshing deviations are taken during the development.

There are also numerous full orchestral tracks on the soundtrack. As might be expected from composers with epic scores such as Front Mission 5 and Dirge of Cerberus behind them, the orchestral cues exhibit very high production values. They benefit from large brass- and string-heavy orchestras, crystal clear recording quality, and composition and orchestration techniques on par with most major film scores. While some are derivative, this isn't usually a problem. Action cues such as "Emergency!" and "Bahamut's Rage" prove stunning even out of context and have such an epic quality that they exceed even most of Final Fantasy XII's material. "Resurrection" and "Beyond the Horizon" meanwhile excellently evolve with their visuals and are effective at turning points in the story. Unfortunately, tension themes such as "Trouble Up Ahead" and the first half of "Sky Dive! let down the album. They back every cinematic cliché in the book with their tremolo strings, resolute string bass, and snare rolls. As a result, they are underwhelming in context and frankly boring out of it. Nevertheless, these themes are very few and the majority of the orchestral tracks are tight and captivating.

Ryo Yamazaki doesn't hesitate to rock out on several battle themes on the soundtrack. Structurally, the likes of "Unknown Enemy", "Bullet Rain", and "Final Showdown" are very reminiscent of Dirge of Cerberus' battle themes, with aggressive rock riffs being juxtaposed with agitated orchestrations. Though not all will like them, initial videos indicate they're ideal for representing the gruelling encounters during the game. However, it's the last two battle themes that are bound to become favourites with a lot of rockers out there. After an intimidating SFX-laden intro, "Indomitable" develops into an aggressive and uncompassionate rhythm guitar fest, while "This is the End for You" brings together the country and hard rock elements of the soundtrack into one catchy head-thrashing anthem. As an aside, those who purchase the soundtrack through iTunes will receive the opportunity to hear two bonus rock tracks, the grungy bass-driven "Beach Battle" and the ferociously percussive "Forest Encounter"; though both are solid compositions, they're also quite short so not necessary worth skipping a physical copy for.

Despite the bombastic feel of much of the soundtrack, there are a range of more contemplative compositions too. "The Sacred Heaven" provides the first hint of this influence, mixing new age and cinematic influences with a dash of the prelude. It is reprised at the end of the soundtrack with the vocal theme "Sacred Haven ~Kuule tää unelmain~". Sung in Finnish by Donna Burke, the mystical effect is similar to the credits themes of the Lord of the Rings films. This is actually one of four ballads sung by Donna Burke on the soundtrack and, while each is rather short, they're all very emotional. The soundtrack is rounded off with "Theme of Glory", a multi-tiered orchestration as glorious as the name suggests. After capturing the relief of the protagonists with a victory march, the composition evolves into a classically-oriented dance before reaching a elating conclusion. There is also a short but impressive orchestral recapitulation of the main theme in "Leave it to Me!". On the digital release of the soundtrack, there is a second recapitulation that also exudes quality, but it ultimately feels somewhat redundant.

Final Fantasy Crystal Chronicles: The Crystal Bearers features by far the best soundtrack to come from Square Enix for a long time. For those looking for creativity, the score features numerous outrageous experiments, a huge stylistic range, and a country-influenced character of its own. For those desiring quality, each composition is intricately developed and performed by a team of talented instrumentalists. And in terms of functionality, every cinematic cue complements the visuals, every battle theme fuels the action, and every character is portrayed in a multi-dimensional manner. This soundtrack certainly doesn't deserve to fall under the radar like the game and, after this success, hopefully Ryo Yamazaki and Hidenori Iwasaki will now go on to become leading members of Square Enix's composer team. This is highly recommended for anyone looking for a big, emotional, and very different Final Fantasy soundtrack.

Sounds like Classical, Ethnic, Jazz, Pop, Rock - that's what we can say about this album. 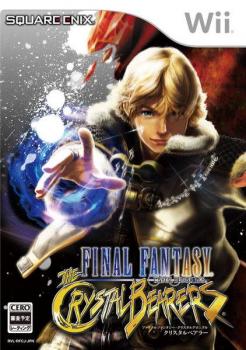