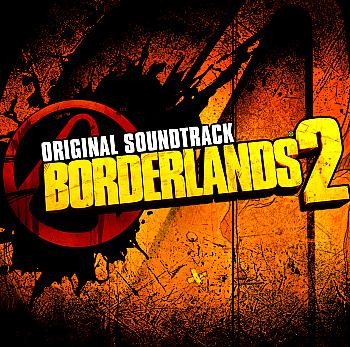 One of 2010's biggest surprise hits was Borderlands, a first-person shooter with a distinctive cel-shaded design that set it apart from the majority of its often interchangeable genre brethren. What also helped to distinguish Borderlands was its inclusion of RPG elements, and to a lesser degree its Western-inspired, but still colourful desert world. This relatively fresh take on the FPS genre earned strong reviews from critics, but not many observers would have predicted Borderlands to ultimately shift more than four million copies. Fast forward three years, and the inevitable sequel arrived amidst much anticipation from gamers — and judging by its initial critical reception, Borderlands 2's aspiration to build upon those features that made the first game so successful has been successfully realised.

For Borderlands 2's soundtrack, developer Gearbox Software not surprisingly brought back the high-profile quartet of composers that had already worked on the original: Jesper Kyd, Cris Velasco, Sascha Dikiciyan, and Raison Varner, although only one of Varner's compositions made it onto the 70-minute soundtrack album. Trimming down the 4.5 hours of music written for the game to album length, Sumthing Else Music Work's release naturally benefited from the immense attention that met Borderlands 2, and briefly even became the best-selling soundtrack on Amazon.

Borderlands 2's soundtrack follows the same approach as the game itself: it doesn't reinvent the wheel, but instead elaborates on the ingredients that made Borderlands a favourite with gamers and gives them some extra polish. By and large, the four composers succeed in this task. While the original game's soundtrack was an intriguing mix of electronic, rock and orchestral elements, adorned with dashes of world music, quality-wise the score was a mixed bag that pitted atmospheric location tracks against largely generic combat cues. At least in its first two thirds, Borderlands 2 feels like a more successful take on the same formula that had already dictated Borderlands' shape. Once more, the composers concoct a genre-bending amalgamation of styles that fittingly depicts the game's multi-faceted world through its generally stark, gritty tone which at the same time remains colourful and varied — a skilfully achieved balance that makes the first 45 minutes of the album a continuously exciting experience.

One thing that makes Borderland 2 a winning proposition is the adrenaline that runs through most of its first two thirds — gone are the relatively stale, electric guitar-driven action tracks of Borderlands, replaced here with hybrid creations that give the composers plenty of opportunity to show off both their compositional and technical mastery. Particularly the album's first seven tracks are admirably densely layered compositions, each one deploying an impressive number of samples, instruments and timbres, all brought together to form cohesive and expertly shaped tracks that manage to not only be blood-pumping, but also strongly evocative of Borderlands 2's arid, dangerous world. The opening track "Ascent" is a fitting harbinger of things to come, building over a multitude of various percussion rhythms of eclectic instrumental providence, their dry but powerful sounds perfectly chosen for the game's desert landscape. Over these clanging rhythms, futuristic, spacious synth pads rise in pitch and lead to the track's energetic finale that throws in manipulated electric guitar riffs for good measure. It's a fluent, dynamic start to the album that aptly displays Velasco and Dikiciyan's mastery of technology, while the piece also highlights the improved quality of the two composers' cues on this album, compared with their more erratic work on Borderlands.

This mix of vibrant, yet always gritty sounds pervades throughout the soundtrack — just like the multi-layered percussion rhythms of "Ascent" — presented in a satisfying array of different moods. For example, Kyd's "Ash" is based on a more relaxed bed of organic percussion sounds than "Ascent" and introduces what will later become Borderlands 2's lead instrument, a wiry, closely-miked acoustic guitar that reinforces the score's ties to the general sound of Westerns — a logical influence, given the game's aesthetic style. "Glacial" exchanges live percussion for processed, electronic beats that are just as creatively twisted and developed as the non-synthetic rhythms on other tracks, while "Dam Top" switches gears again and marches forth in an outburst of grungy, straightforward aggression that comes courtesy of industrial percussion sounds and the album's most distorted guitar riffs. On other tracks during the album's opening, the composers show that their music can also hold listeners' interest when venturing to the opposite end of the spectrum. "Caverns", "Crater Lake" and "Dam Interior" all open with quiet, ambient material that is as carefully crafted as the composers' action-packed compositions, be it via the Middle-Eastern sounding string figures on "Caverns", the eerie 'music-meets-sound-effects' mix of "Crater Lake", or the subdued, but high-strung opening of "Dam Interior" — the last track a perfect demonstration of how to write tension music that actually keeps listeners on the edge of their seat.

After this opening salvo, Borderlands 2 moves into slightly mellower territory. It begins with "Fyrestone", which quotes material from Borderlands' "Welcome to Fyrestone" and continues that earlier track's acoustic guitar-led mood, which balances feelings of warmth and desolation with ease. Of course, Kyd adds many more elements to "Fyrestone", giving the piece a contemporary edge that might be best described as 'Neo-Western'. It's also "Fyrestone" that brings the twangy acoustic guitar into the spotlight as the music's lead instrument, a function it will maintain throughout the rest of the soundtrack — somewhat at the expense of the intriguing eclecticism of the album's first third. Indeed, the acoustic guitar material on Borderlands 2 is less emotionally complex than say Torchlight II, mostly carrying the same sense of bleakness mixed with strokes of edginess and cautious sensations of warmth.

That being said, this mixture of emotions in itself is rich and evocative enough to carry those compositions that rely on the acoustic guitar's vivid tones, including "Ice", "Interlude Ambient" and "Main Menu" (curiously sequenced right in the middle of the album). The last of these cues is initially the album's most laid-back and pleasantly melodic cue, but as with the rest of the game, things aren't quite as simple as that, as ominous synth backing and an unsettling, ghostly choir glissando creep into the piece. Once more highlighting their versatility, Velasco and Dikiciyan manage to take these Western-inspired strains and shape them into the album's two most rambunctious action tracks, "Lynchwood" and "Lynchwood Sheriff Combat". The first track explodes from its opening nervous moodiness into a high-powered percussion fest, its thundering force all the more effective due to the starkness of the soundscape across which the percussion sounds ring. An effortlessly cool Western melody on acoustic guitar caps off the track in style, and the composition is rousing enough that it's a shame it simply fades out. It's not the only occasion on which dubious production decisions make compositions end on a bum note, be it through uninspiring fade outs, or sudden cut offs ("Ice", "The Fridge"). "Lynchwood Sheriff Combat" follows in the footsteps of "Lynchwood", even though it's less punishing and more dynamically varied, but definitely just as galvanising.

However, it's after "Lynchwood Sheriff Combat" that Borderlands 2 starts to falter here and there, which makes the album's last twenty minutes more reminiscent of the original's variable quality. Keeping in mind that the soundtrack release runs at a considerable 70 minutes, this late dip is all the more regrettable, as it makes the album feel longer and more thinly-stretched than one would expect after its strong to excellent first two thirds. For some reason, all of the album's less convincing action tracks are gathered at the end. "Jack Final Boss" never achieves the heights of excitement that its title implies, as it's considerably less imaginatively scored and layered than almost all other combat cues, and comes across as rather aimless. Inconclusive development and simple repetition of elements also marks final track "Vog Fight", which takes on a brighter, synth-driven tone that fails to make the same impact as the "Lynchwood" duo, even though its a reasonably competent composition in itself. "Tundra Express" evokes the same Neo-Western atmosphere as "Lynchwood Sheriff Combat", but quietens down too much in its second half to justify its running time. "Warrior Boss" is a return to form, even though the piece feels more like a combination of effective ideas that are simply presented instead of being developed meaningfully. Still, there's enough urgency and power in "Warrior Boss" to make it one of the soundtrack's many plusses.

And then there's "Bandit Slaughter", Varner's only contribution to the album and definitely the odd one out on Borderlands 2, with its almost cheery club rhythms, 80s drum kits and even some hints at disco sounds. Not that these elements can't make for fantastic music, but they feel out of place in the context of Borderlands 2's dark, bass-heavy overall tone. At least, Varner displays similar creativity as his collaborators when it comes to tweaking and twisting his material. The remaining, tracks fare comparatively better, with "Sanctuary" another acoustic guitar-driven mood setter that features the album's most uplifting tones through its opening synth lines, a welcome respite from the album's heavy mood.

For the majority of its running time, Borderlands 2 plays like a superior execution of the formula that its predecessor was based on. The composers effortlessly merge a number of different styles and genres and manage to shape them all into impressively varied and developed compositions that could have easily ended up as a mere hodgepodge of various influences. Instead, the same gritty, edgy, yet colourful atmosphere that was Borderlands' biggest asset governs this soundtrack as well, and is considerably better articulated. The prominent use of acoustic guitar sounds to underline the music's Neo-Western character is no big surprise, but executed well enough. It's particularly during the vigorous action tracks on the album's first two thirds that Borderlands 2 truly shines, all of these cues jam-packed with both forceful rhythms and sonic details that reward repeat listens.

However, Borderlands 2's final third is significantly less convincing then what has come before, with a number of underdeveloped battle cues that drag out the album's ultimately underwhelming conclusion, when it all should have ended with a resounding bang. On the whole though, the album is strong enough to assert itself as the superior successor to Borderlands and as a four-star effort.

Показать
24.08.2012    2511
Here you can freely listen to preview tracks from Borderlands 2 Original Soundtrack. Album was composed by Крис Веласко / Джеспер Кид / Рэйзон Варнер / Саша Дикисиян and was released on September 18, 2012. Soundtrack consists of 23 tracks tracks with duration over . Album was released by Sumthing Else Music Works.

Tracks preview provided by iTunes. If you like Borderlands 2 Original Soundtrack, we strongly recommend to buy it. Support composers, artists and performers so they can release more music in the future. Prices and shops where you can buy it are at the right column. 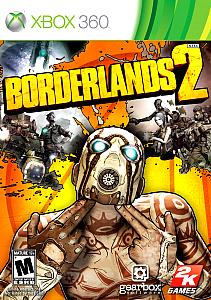 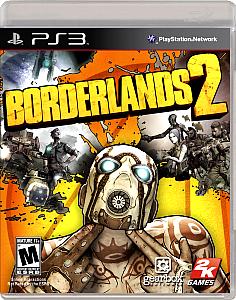 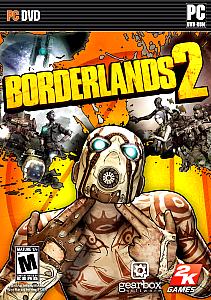