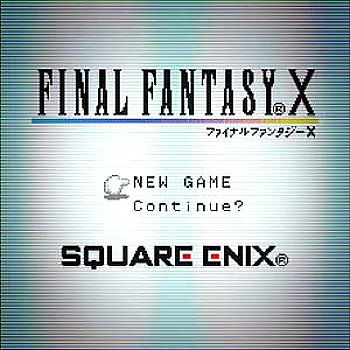 Inspired by the commercial and critical success of SQ Chips, Square Enix commissioned a series of arrangement albums dedicated to the Final Fantasy titles of the Sony era. Each featured ten favourites from the original scores arranged as chiptune tracks. Despite holding tonnes of potential, Final Fantasy X Chips emerges as the weakest of the series — poor from conception to arrangement to implementation.

The track listings for Final Fantasy X Chips represent the storyline quite well with renditions of the four major recurring themes. However, they don't fully capture the diversity of the game's soundtrack or the depth of Spira's world. Masashi Hamauzu is only represented by "Assault", while Junya Nakano's originals are ignored altogether. It would have been interesting to hear the chiptune renditions of extraordinary pieces like "Guadosalam", "Illusion", or "Besaid Island", but alas, all we get it is more versions of conventional game music. And even ignoring the conventional choices, with a playtime of just 37 minutes, Square Enix really should offer more if they are going to charge 2100 JPY for this album.

The album starts with an atrocious rendition of the game's opening theme. Here, the beautiful piano tones of the original are replaced with what sounds like an old Roland synthesizer played with too much reverb. It sounds awfully contrived and dated. Once again, it leaves one crying out for the more creative approaches — and actual 8-bit sounds — featured on SQ Chips and its successor. "Someday the Dream Will End" takes a similar approach, a straightforward 'demake' likely created straight from the MIDI file. While not quite as bad, it sounds much more shallow than the beautifully arranged original. "Ending Theme" follows the same concept, while unnecessarily reprising "To Zanarkand".

As for the battle themes, "Normal Battle" maintains the upbeat gliding aura of the original, but doesn't make many changes aside from the occasional 8-bit sound effect sample. As for "Otherworld", Xinon was forced to put in a little more work than he did on Final Fantasy IX Chips. The distorted synth leads go some way to substitute for the vocals, while the bass noise captures the grit of the rock band. Yet the final arrangement lacks the personality and extravagance of the original, and also concludes far too early. There is also a remix here that is rehashed from SQ Chips 2, KPLECRAFT's "Seymour Battle". It sounds extraodinary, exceeding even the original, but unfortunately none of the new remixes stack up.

Most other remixes left little impression on me — usually competent, but never inspiring. "Prelude" stays true to the perky sound of Hirosato Noda's Final Fantasy X arrangement, but is unlikely to inspire much excitement among those that have been preluded out. The bouncy sounds of "Mi'ihen Highroad" are well-preserved, as is the tense atmosphere of "Assault". However, neither sounds as balanced or emotional as their original renditions. Finally, the brief rendering of "Song of Prayer" is a disaster. Bun attempts to capture the timbre of the original's rich vibrato chorals with 8-bit trills, but instead produces something that sounds utterly ugly and evokes nothing.

The popular consensus seems to be that Final Fantasy X Chips is the worst album of the lot. With a brief playtime, weak track selections, and bland sloppy arrangements, it's easy to see why — it doesn't compare well to the original in any respects. Listeners should skip this album altogether and enjoy "Seymour Battle" on SQ Chips 2 instead. 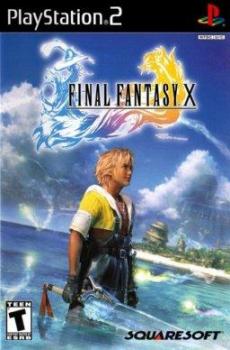