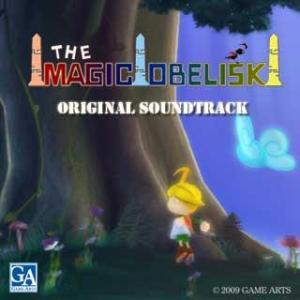 In 2009, Game Arts released their first original title in ten years, The Magic Obelisk (aka Shadow Walker), for the WiiWare. The game has already received acclaim for its beautiful storybook style, heartwarming story, and innovative puzzle elements. Its soundtrack was also a modest but essential part of the experience and was crafted by the game's actual producer, long-term Game Arts sound director Takahiro Nishi. In January 2010, he made the soundtrack for the game available for free download through the Game Arts official website.

For the most part, Takahiro Nishi creates a very calming and unobtrusive soundtrack for The Magic Obelisk. The title theme, for example, is dedicated to a series of subdued yet slightly playful electronic phrases. In this regard, it is not dissimilar to the menu themes most would expect from the Wii console. Though not exactly a stand-alone highlight, it pleasantly fit the title screen and sets the tone of the game. "The World of Shadows - Opening" continues the calming feel, but offers more organic instrumentation and elaborate harmonisation. The slow ascending harp arpeggios complement the dazy woodwind chords beautifully to set a nostalgic storybook feel for the game. It's still game music at some of its simplest, yet so effective and endearing nevertheless.

Following on from the openers, the stage themes are the main highlight of The Magic Obelisk. "A Sudden Departure", for instance, maintains a similar ensemble and approach to the opening theme. However, Nishi incorporates some beautiful countermelodies and string overlays during the extensive development. In doing so, he transforms a slightly barren introductory composition into a rich stand-alone highlight. "The Clock Tower" also retains an organic style, but has a more metronomic feel, given the setting. Also suitable given its name, "Vivid Greenfield" brings even more colour to the soundtrack, with its blend of bagpipe lines, rustic guitar lines, and earthy percussion. Nishi was apparently inspired by kaleidoscopes when creating this wholesome and varied work.

Keigo Ozaki once again assists Takahiro Nishi on the project, following their previous collaborations on Project Sylpheed and Super Smash Bros. Brawl. He maintains the simple and ambient approach of the rest of the soundtrack, but still reflects his individuality in places. "Beyond the Snowfield", for instance, inspires gorgeous imagery of a snowfield with its impressionistic use of piano and woodwinds. The synthetic sound design is certainly effective here and the reverb enhances the surreal component. Ozaki adopts a similar meditative approach on "Courage Leaves", but carefully modifies the sound for the woodland setting. Though sadly one of the shorter additions to the soundtrack, it thankfully develops with a more emotional arch than many of the other additions.

Of all the compositions, "The Burning Desert" is probably the most intense and experimental. It's fascinating how Takahiro Nishi managed to incorporate all sorts of gamelan wind and percussion instruments here. Nevertheless, it conserves a feature found in the other stage themes — a persistent rhythm line being gradually coloured by all sorts of treble infusions. The soundtrack ends as modestly and delightfully as it started. "The World of Shadows - Ending" will inspire most to reminisce about their experiences with its soft and sentimental piano focus. In Game Arts fashion, however, the game still ends on an upbeat and frivolous note with the Iwadare-inspired "Until We Meet Again". In fact, such a theme wouldn't sound out-of-place in a Lunar soundtrack and that is no bad thing.

The Magic Obelisk is regarded as a simple but wonderfully produced game. The same is true for the soundtrack. Takahiro Nishi and Keigo Ozaki created ten pieces that enhance the visuals and add to the calming atmosphere of the game. There are no symphonic masterpieces here, but they wouldn't have been appropriate for the game, and what is offered instead is refreshing and endearing. I highly recommend checking out this soundtrack, especially since it is free, although the best way to enjoy it is by downloading the game itself and experiencing the full beauty of Takahiro Nishi's world.

Спасибо Gametunes.net!...
Показать
27.01.2010    937
Album was composed by Кэйго Одзаки / Такахиро Ниси and was released on January 19, 2010. Soundtrack consists of 10 tracks tracks with duration over about 15 minutes. Album was released by Game Arts Company. 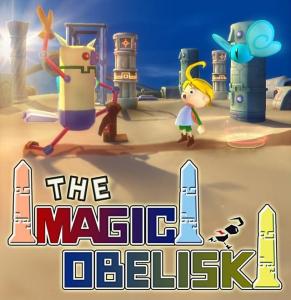