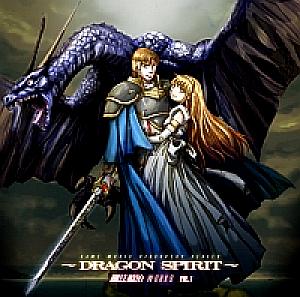 The latest release in SuperSweep's Game Music Discovery Series comes from the leader of the company himself, Shinji Hosoe. It features music from his earliest video game works, composed while he was an arcade composer at Namco way back in 1987. It primarily features his work for the classic shmup game, Dragon Spirit. In addition, it features a second disc that features the music of Assault and Quester, both of which feature music by Shinji Hosoe, but aren't long enough for a stand-alone release. Rounding off the release are two bonus remixes by Ryo Yonemitsu and JEET SINGH of Magical Trick Society. It isn't the first time these soundtracks have been released, but it's been a long time since they've been available in an in-print, well-presented album? How does the overall release turn out?

The first disc on the release is dedicated solely to Dragon Spirit. For the most part, Shinji Hosoe stayed true to the classic shooting sound throughout the stage themes in order to stimulate players. "Area 1," representing the Valley of the Spirits, is one of the definitive tunes on the soundtrack and has been remixed aplenty since the game's release. It features a very energetic and adventurous tone that signifies the start of the journey. In addition, the melody is extremely catchy and the rhythms incorporated give off a feeling of exhilaration and tension. There is also a long version of this particular track featured as a bonus towards the end of the disc.

There's plenty of diversity in the stylings as players proceed through the different areas. "Area 2," the music for the volcano stage, gives off a very heroic vibe and a rocking melody. I love the combination of intense percussion with the fantastic melody and the solo is absolutely amazing and one of the highlights of the track. It definitely seems to have been written in the spirit of Gradius' classic shooters. The music for jungle stage has a less energetic tempo, but boasts a lot of atmosphere. Hosoe really brings out nuances from the arcade sound board and the pop/rock sound makes the melody stand out. The theme for the desert stage meanwhile is much darker in tone, featuring extensive percussion work and an ominous melody. Still, he keeps that rock flavor alive. It isn't the strongest of the stage themes, but it definitely works in context.

The themes for the cave stage and ocean floor are considerably shorter than most others on the soundtrack, but nevertheless delight during their playtime. The former is one of the quirkiest thanks to its odd rhythms and spacey melody, while the latter features a bubbly sound through its xylophone and synthesizer tones. "Area 6" is a return to the more heroic sounding tunes, representing the glacier stage of the game. The crystalline chiptunes combined with the more intense accompaniment really works and the contrast between the two is quite nicely. In addition, the synthesizer melody gives off a nice progressive rock sound with plenty of keyboard runs. The music for the deep sea trench stage is extremely ominous in tone, as the depths of the ocean are represented quite nicely. The melody may not be the focal point of the composition, but the tension heard in the theme is astounding and it helps represent the journey is coming closer to an end as well.

The music for the last stage, the Temple of Evil, is broken down into three different sections. The first, "Area 9-1," focuses on intense percussion, sinister synthesizer tones, and a mysterious atmosphere as you journey ever closer to the final confrontation. "Area 9-2" focuses on quirky synthesizer and ominous percussion and is much tenser than its former stage, bordering on chaotic. Lastly, "Area 9-3" also features ominous percussion, but the melody is a bit mysterious and contemplative. The three area themes, while all different, share common elements and really sum up the final stage quite nicely.

For these area themes, there are four different boss themes featured, all of which work wonderfully in the game. The first focuses on intense percussion to describe the heat of battle. It doesn't feature that much of a melody compared to the rest of the soundtrack. But for the idea of a battle, it works. "Boss B" and "Boss C" are more melodically-oriented pieces of music, featuring exhilarating, heroic melody lines. "Boss D" is definitely the strongest of the boss themes. It features an extremely catchy melody that gives off that sense of determination, some ominous tones, and a great rock vibe. "Final Boss" is short, but energetic, and gives off the sense of determination as well, but it isn't as melodically developed as some of the other boss themes in the game."Ending" is a very beautiful theme that gives off a great sense of accomplishment. It features a very soft, yet heroic, soundscape and closes the game up quite well. It's always nice to hear the softer side of Hosoe and this is one of his greatest early examples. In addition, there is a bonus track from the X68000 version of the game.

The bonus remixes on the album feature interpretations of two of the themes, courtesy of musicians who have arranged Dragon Spirit before. The first, "Glacier Land," is an arrangement of "Area 6" by Ryo Yonemitsu. What I really enjoy about this remix is the mix of retro percussion and modern synthesizers help accentuate that icy feeling of the original atmosphere. In addition, the synthesizer melodies never sounded better and the incorporation of some stunning guitar work really brings this arrangement to life. The other bonus arrangement is by JEET SINGH of Magical Trick Society. His remix of "Area 3," titled "Jungle," wonderfully translates the atmosphere of the original into this beautiful pop-rock remix. The combination of light piano, synthesizer, guitar leads, and plenty of guitar riffs make for an extremely entertaining listen. Of particular note is the shift to funk rock in the middle of the arrangement that gives it a whole different flavor from the original.

The second disc features music by two other Namco games, Assault and Quester. Quester is a very brief soundtrack that only features one substantial theme, "Ending". As expected, it gives off a nice sense of accomplishment for completing this Breakout imitation. The rest of the music is short jingles. Of the two soundtracks, this one is clearly less desirable and may be skipped by most listeners. Assault features a more substantial score by both Shinji Hosoe and Kazuo Noguchi, though the latter's role was primarily for the less significant themes on the soundtrack. "Opening" features a mysterious atmosphere with its soft synthesizer tones, while "Lift Down" maintains this mood. These themes are short and don't really develop too much.

Of course, the main portion of Assault's soundtrack is the four BGM themes by Shinji Hosoe. The first, "BGM1," is a nice funky tune with a great progressive rock sound and catchy melody. "BGM2" is a bit more tribal and Middle Eastern in tone. The intense percussion and bass guitar sounds dominates the track; however, when a melody is present, it does help accentuate the overall experience. "BGM3" is more on the heroic side and features an almost whimsical sound, but at times it also manages to convey some darker tones as well. "BGM4" is probably the best of the four main themes on this soundtrack. It has a very heroic, spacy sound to it and the combination of synthesizer and percussion makes for an extremely enjoyable listen. I love how varied the theme is as well, at times feeling a bit more romantic while at others, giving off a cold, mechanical feel as well. "Ending," composed by both Shinji Hosoe and Kazuo Noguchi, gives off a nice sense of closure and an adventurous tone.

In the end, the Shinji Hosoe Works Vol. 1 -Dragon Spirit- celebrates some of Shinji Hosoe's earliest works as a composer at Namco. For fans of Dragon Spirit, this album is a must-get, as it features some of Hosoe's strongest compositions using a retro sound source. In addition, the bonus remixes are fantastic additions to the albums. Of course, the two additional soundtrack releases on the second disc are a nice way to round out some of Hosoe's earliest game compositions and reflect the historical nature of the Game Music Discovery series. Highly recommended.

Album was composed by Синдзи Хосоэ and was released on September 28, 2012. Soundtrack consists of 49 tracks tracks with duration over . Album was released by SuperSweep. 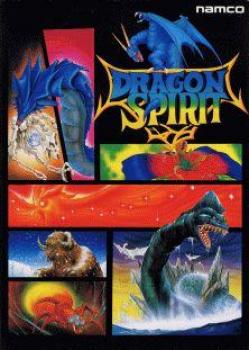