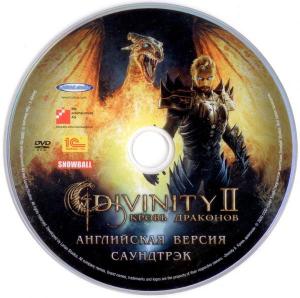 Once upon a time…
It so happened that role-player games stand alone against the background of all known game genres representing per se an imitation of an individual’s life in a fantasy/fantastic setting. Sometimes the protagonist was given a bunch of various companions and the subsequent squabbles between the characters were a good bit of pleasure from the game. However, the main charm is still in exploring the vast and mysterious world, development of the relations between the heroes and long, sometimes tedious, pumping up your character.

The main drawback of RPG lies here too – with the increase of processor power game worlds have become more elaborated. If earlier quite primitive game visuals with text subtitles was enough for players, now you can’t even imagine a contemporary RPG without stylish graphics, mandatory voice recording for all key characters (if not each and every one) using a lip sync technique and also a deep and twisted plot. All this multiplied by interactivity and nonlinearity in a game world study makes a game budget grow to an abnormal size without any guarantee of the super-profits.

As a result a genre of classic RPGs has naturally been covered with dust, smeared with a layer of mud and finally started to smell like offal. Of course, in Japan a number of releasing RPGs is just enormous but this genre of role-playing games has been stagnating for too long even by Japanese standards. Finally, let have it straight, what would you prefer – Final Fantasy or Fallout?

Nevertheless the previous year turned out to be a fruitful one for the genre. A“gotic” Risen was released, then Bioware put its two cents with a masterpiece Dragon Age: Origins, and a decent Divinity II: Ego Draconis (in Russian it is «Divinity II: Кровь драконов») made by the Belgians from Larian Studios saw the light of day.


Dragons: All About Them.
I suppose, a word “dragon” in the titles of Dragon Age and Divinity II is a sort of a popular trick. Looks a bit like a cliché, well, let it be. For one thing you already know what to expect, for another – relying in the beginning on a simple plot you can be nicely surprised.

As for the plot in Divinity II it’s quite ok. Our hero becomes a true member of the Dragon Slayers, the Order which ever since the Great War ended has had eyes only for the Dragon Knights (previously respected by civilians of Rivellon for the help to their Divine hero in killing the Damned One), but the number one enemy after one of the Dragon Knights betrayed and slew the unsuspecting Divine. We won’t disclose you the further details of the plot, let’s only say that at some point our protagonist will go over from the hunters to the undeservingly accused paladins and also will gain the ability to transform into a dragon.

To maintain the necessary atmosphere of this original world our compatriot and ex-keyboard player of “Aria” Kirill Pokrovsky was invited. It sounds rather unexpected and surprising, isn’t it? So let’s go back to 1984. The band “Aria” was just founded and Kirill played in it for 2 years. Then after “Aria” split up in 1986 together with Alik Granovsky, Adrey Bol’shakov and Igor Molchanov he forms a new band, Master. Despite massive popularity Kirill left the crew and moved to Bruges (Brugge), Belgium. The city impressed him so much that Kirill’s first solo album was entitled “Brugge”.

We don’t know how Kirill being already a Belgian citizen found the Belgian developers, but both parties won from such a partnership. Kirill got an interesting job, which completely satisfied his needs for self-realization, and Larian Studios got a full-time composer with an experience of live performances and an urge to experiment. Their common child, Divine Divinity, was highly appreciated and an awesome soundtrack was praised a lot, for instance, IGN.com awarded Divine Divinity soundtrack with the Editor's Choice Award. After that Kirill’s participation in the rest projects from the Rivellon universe was not a question anymore and we can pass to Divinity II.

Both in the main theme and in its predecessor in Divine Divinity a female voice is presented. This is the only similarity. The pace of the composition is significantly faster not least because of the eastern percussion rhythm. Sense of a light thrill goes through the whole track; nearly the same emotions are experienced by a wanderer heading for a long fraught journey – a slight longing for home and sedentary lifestyle, on the one hand, and a desire to leave footprints in the unknown grounds as soon as possible, on the other.

A popular tendency of saturating the main theme with tons of Hollywood pathos hasn’t touched Divinity II. It’s a distinguishing feature of the series and it’s cool. Difficult to say why it so happened: whether it’s that Russian classic school or Kirill’s special way of feeling the game but the fact remains that the soundtrack turned out to be unique, interesting and diverse though with some technical flaws.

The shortcomings are a result of a multigenre structure of the album. Some samples are too noticeable. If only a small part had been recorded live, then Kirill could have retired on his laurels. Cause in term of harmonies and melodies the soundtrack can easily give points to Hollywood trite works; but as for technique, alas, there is still much room for improvement. Synth patches of classic violins, blurred sound in several arrangements and etc. makes the record inferior to its more famous competitors.

Although on the background of such a variety of styles it’s not so striking. After all we’ve got here high-tempo ethnic tracks, choral-violin ambient pieces, symphony-guitar medley and even a waltz. The culmination comes right in the middle of the soundtrack in a track Forgotten Foes. Who could know that Jean-Michel Jarre, Vangelis and Mass Effect would all be here? Kirill seems to have put a lot of efforts and brought a couple of analogue synthesizers, mood and atmosphere of the early electronics from the past.

The album’s closing track is an exciting and emotional “Airborne”. Brass section together with strings work wonders, cause the final track like the title theme is exceptionally good and draws a compelling line in the narration. So our meeting with this album also comes to its end: despite some technical flaws the record is quite interesting and diverse. We hope that some funds for the live session records will be allocated for the soundtrack of the next part of Divinity, cause we need it so much!

Ознакомиться с рецензией....
Показать
05.02.2010    1853
Album was composed by Кирилл Владимирович Покровский and was released on November 06, 2009. Soundtrack consists of 26 tracks tracks with duration over more than hour. Album was released by Snowball Studios.

Sounds like Choir, Classical, Electronica, Ethnic - that's what we can say about this album. 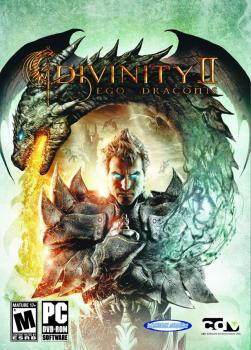 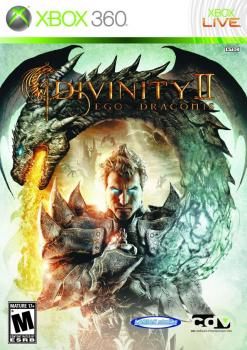