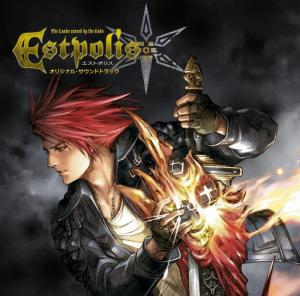 We travel back to the year 1993, in the midst of the glorious SNES era. Neverland's Lufia & The Fortress of Doom (known as Estpolis Denki in Japan) was a big hit East and West. Two years later the second installment Lufia II: Rise of the Sinistrals, which is actually a prequel to the original, gained even more success and approval, thanks to its unique puzzle-based gameplay mixed with classical RPG elements and, of course, the excellent musical score from Yasunori Shiono.

In February 2010, Square Enix released Estpolis: The Lands Cursed by the Gods, an DS remake of the second title of the series. While the first disc contains most of the tracks from the second game as well as some from the first one with arrangements were made by Tomoko Morita (Shining Force series, Rune Factory series) and Yukio Nakajima, who already worked with Yasunori Shiono on Energy Breaker in 1996 as well as with Tomoko Morita on Shining Force Neo in 2005 (Shiono himself didn't work on this remake himself, sadly). The second disc of this set contains six drama tracks as well as fourteen arranged tracks by Square Enix employees Hidenori Iwasaki and Ryo Yamazaki, known for their works on the Front Mission and Final Fantasy Crystal Chronicles series. A pretty unique constellation, isn't it? So let's check out what Square Enix created for the fans here.

Estpolis was a series with music written in typical RPG manner. We were given peaceful and slow themes for villages, bouncy and lively themes for towns, and gloomy and dramatic themes for dungeons. In terms of battle themes, Yasunori Shiono's work was praised and highly regarded among fans and critics, especially this part. So we all know and love the original soundtrack, which was released in two albums — first in 1995 as a two disc set featuring both SNES titles and then in 2006 as part of the Game Sound Legend Series as a four disc set featuring the first two titles as well as the GBC score for the third game Lufia: The Legend Returns. How about the remake... is it worth to purchase?

Well, the answer is yes and no. On the one side, the tracks have been remastered to a quality, which is usual in these days for handheld consoles. By doing this, the arrangers stayed close the the original pieces. There are tracks on which you barely can't detect any changes, for example "Town of Abundance, Elcid", "Water Capital, Parcelyte" or "North Land". Other tracks, mostly the ones from Lufia & The Fortress of Doom like "Forest Village, Eserikto", "Soma Shrine Underground", "Priphea Flowers", "Compensation for the Battle" or the rockin' "Summer" sound much better than the original counterparts thanks to the enhanced sound quality. To be honest, I expected a little more — at least a little more completeness in terms of the content of the score. The drama tracks for example could easily be replaced for some more tracks from the series, which deserved arrangements...

This leads me to the next phase of this review: the second disc. As I said, the first six tracks are drama tracks, for which Japanese game music creators are famous for, especially in the RPG genre. Well, these tracks are... Japanese of course, and if you can't understand this language it's hardly possible to follow those lines, sadly. This makes most the Western fans skip the first nearly 30 minutes of context towards the seventh track. Then it gets slightly more interesting...

Hidenori Iwasaki and Ryo Yamazaki, both extremely talented and acclaimed persons, took the time to arrange fourteen of the best tracks from the second installment into high quality tracks. And with high quality, I mean that some tracks sound as if live instruments are used! After the ominous and climatic introduction of "Hour of Judgment" one of the major themes from the series, "Opening Theme" shines with a glorious orchestral rendition. A wonderful arrangement, indeed. And this is just the beginning. "Town of Abundance, Elcid" makes use of soft flute and violin melodies paired with a charming trumpet in the second half. "Parcelyte Presidential Administration" and "North Land" are other excellent tracks where the instrumentation shines, especially the violin. If you like heroic and adventurous orchestral music you'll definitely enjoy tracks like "Sky" or "The One Who Saves the Earth". If you are more fan of soft and melancholy themes you should listen to "The Prophet", another rather short, but beautiful track.

In terms of battle themes, all four have been arranged. "Battle #1" makes use of it's catchy melody with help of excellent synth and rock elements. It would be awesome if this version was used in the game itself. The boss battle theme "Battle #2", another extremely emphatic tune, relies more on distorted electric guitar riffs and steady rhythm compared to the first track. A mix of the two previous themes so to say is "Battle #3", where the electric guitar is excellently used. These three tracks are definitely highlights of this disc. Lastly, "Final Battle" takes a different approach than its original counterpart. While that one was a lyrical and fast-paced theme packed with sorrow and despair this arrangement is done more climatic in an orchestral military style, however in the second half the arrangement changes that it sounds more like the original. Overall, the arrangements are a nice contrast compared to the originals, but also they're nothing world shaking.

The Estpolis Original Soundtrack is definitely a matter of taste. The first disc is enjoyable for fans who don't own the original soundtrack releases or just collectors, though is a little underwhelming. A greater highlight is the bonus disc, especially the fourteen exuberant arrangements. It's a shame that the full soundtrack release isn't of this quality. If you're a true Lufia fan I recommend to check this thing out! Yasunori Shino's melodies are still beautiful and catchy on their own and some are even unforgettable classics.

Album was composed by Yasunori Shiono and was released on March 03, 2010. Soundtrack consists of 63 tracks tracks with duration over more than 2 hours. Album was released by Square Enix Europe. 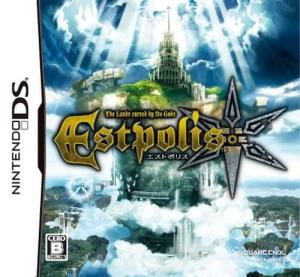