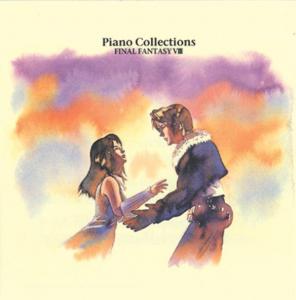 Up until Final Fantasy VIII was released, each Final Fantasy had been better than the one before it; it simply wasn't the case with Final Fantasy VIII's annoying Junction system, love-hate GF relationships, utter lack of likeable female characters, and extremely weak plot. However, the music, like all other Final Fantasy soundtracks, was fantastic, and it saved the game. Perhaps I am exaggerating, though; Final Fantasy VIII wasn't horrible, and I've replayed it once or twice, but it was a weak follow up to the series' greatest. Then again, that might be why: Final Fantasy VII's awesomeness perhaps set the bar a little too high.

Final Fantasy VIII Piano Collections is what brought Hamaguchi onto the scene. While it lacks the vigor contained in most of the Piano Collections album, it is still enjoyable to listen to. The tracks are arranged well enough, and still retain the same impressive sound found in the entire series project. It's pretty nice to note that while this album doesn't contain any tracks that would render you speechless, there are no tracks that are so completely dismal that they need rescuing by such awesome tracks. So, while you won't find any amazing tracks on this CD, you won't find any awful tracks either.

The Original Soundtrack version of "Blue Fields" is saved by this piano score. For several reasons, including the fact that the last over world theme, "Main Theme of Final Fantasy VII," was the créme de la créme of Final Fantasy music, "Blue Fields" had little to no plaudits. The piano score tries its best to break "Blue Fields" away from its less than awesome appearance, and it does a good job. The subtle changes in passion add a great effect to this flowing piece; although I cringed when I saw this listed as part of the album, it is safe to say that I judged too soon. Hamaguchi, and the pianist, Shinko Ogata, work wonders with this arrangement, especially considering its grim original version.

"Eyes on Me" is as every bit as sweet, shy, and hopeful as its original score. The track, in order to keep the basic melody alive, doesn't expand into experimentation often, except for the beginning and ending. The beginning is solid, and the ending consists of just a simple flow of eighth notes, which adds a somewhat more mature affect to a lighthearted melody. Though both the original and the piano version of "Eyes on Me" fall short to Final Fantasy IX's "Melodies of Life," they are enjoyable all the same.

"Fisherman's Horizon" is the true gem of the Final Fantasy VIII Piano Collections CD. It is brilliant in every way, with the beautifully larghissimo tempo, subtle passion, and precise dynamic fluency. A favorite amongst all listeners, "Fisherman's Horizon" will not disappoint; rather, it will grab onto you and hold you. Somewhere around the beginning of the last part of the track, a powerful surge of emotional arpeggios escapes. The sudden change from sweet to spicy only adds to the tracks loveliness. A real treat.

I, for one, wasn't a huge fan of "Ami" or any of its arrangements in the Original Soundtrack. Taken from "Balamb Garden," "Ami" incorporates the original "Balamb Garden" into the track some two-ish minutes into the track. There're a couple of different tones throughout "Ami" which, in my opinion but not everyone's, hinders the track somewhat. While both "Balamb Garden" and "Ami" are rather light, they also are supposed to reflect the prominent theme of destruction in Final Fantasy VIII. This is an adequate arrangement, but I would have dearly welcomed another track instead.

I love this arrangement mainly because it strays away in style from the first five tracks. "Shuffle or Boogie" is a country-like break from the smoothness and relaxation that the other first tracks bring. Reminding me somewhat of the absolutely amazing "Johnny C Bad," "Shuffle or Boogie" won't disappoint those with an ear for stylized, choppier tracks. Though it is pretty on-key with its Original Soundtrack version, Hamaguchi does incorporate some of his excellent arrangements mainly in the melody. The best thing about "Shuffle or Boogie" is the familiar harmony, which is nearly identical to the Original Soundtrack version, and therefore is able to keep the track light and enjoyable.

"The Oath" is serious and powerful and almost patriotic in a way. It is enjoyable simply because it isn't trying to be something it is not. "The Oath" is there to serve as a powerful, emotional piece, and it succeeds in that area. The melody takes more of a dive into the arrangement pool than the harmony, which is more of a rarity coming from Hamaguchi. In fact, the harmony is quite simple, designed specifically to empower and emphasize the more deviating melody. Towards the end of the track, after the chilling, ominous echoes, the harmony loosens up a bit and the melody takes a full-on chord filled approach. "The Oath" manages to convey emotions of power and importance despite its slightly mystical melodic style, and it does a good job at it, too.

The Original Soundtrack version had me on the edge; after all, it rang with odd beeps and had an over-the-edge style. However, much like "Blue Fields," Hamaguchi takes the track and arranges it so magnificently that it completely blows its Original Soundtrack version out of the water. "Silence..." sounds so natural and classic that you'll forget that it was first an odd track of synthesized sounds with an amusingly awkward style. From its light, pleasing beginning to its powerful, up-tempo ending, "Silence and Motion" will have you listening to every last second of it, enchanting you with its light style and ability to force the awesome image of Esthar into the listener's mind. The best arranged track on the album no doubt.

Enjoyable both originally and in this piano version, "The Castle" features so many different parts to its powerful arrangement that you'll listen to it simply to figure out what kind of style will come next. Starting off lightly, the album dives into a darker, more omnipotent arrangement, before picking up speed and sound and giving off an aura of desperation. After a brief pause, the track turns staccato and then goes back to the echoing, smoother style it held in the beginning. "The Castle" is able to come across as awesome, desperate, happy, melancholy, dark, intense, and haunting, all at the same time. If it doesn't remind you of Ultimecia's realm, then surely you will envision a medieval castle, filled with dark, Middle Age secrets and royal scandals. But beware, such a great piece isn't easy to play.

A piano solo piece in the Original Soundtrack, "The Successor" is frighteningly similar to its original version, so much so that the piano lacks form, style, flow, and smoothness. Those hardcore pianists and Final Fantasy music fans will be disappointed with the somewhat harsh arrangement of "The Successor." The piece strives to create emotion and vision through a simplistic arrangement. Nonetheless, the performance saves the track. Ogata is able to bring forth such emotion through his use of dynamics and crescendos, so much that you'd really have to be deaf to not hear the beautiful sound of this piece. I thoroughly enjoyed this piece; it is played fantastically and sensitively, able to convey emotion and scenery through the abrupt style changes that several dislike.

"Ending Theme" starts off simplistically enough. The piece takes a big turn from a light melody to a more serious one, complete with a very different style, and then the piece switches again into the familiar "Fithos Lusec Wecos Vinosec" theme. If the middle part of the track didn't float your boat, then from this point on, you won't be disappointed; "Ending Theme" maintains a kind of melancholy sweetness about it, ending nicely enough with the oh-so-loved "Prelude." Overall, "Ending Theme" is truly an ending theme, the finale that incorporates various melodies from its story and combines them together in order to create the emotional story that precedes the aftermath of the final battle.

If fans were disappointed with "Ending Theme" as one of the closing tracks, they'll find some solace in the playful, brief "Slide Show Part 2." This is another country-esque, mischievous little track that sneaks up on you with its playfulness. "Slide Show Part 2" isn't quite as good as "Shuffle or Boogie" or Final Fantasy VI Piano Collections' "Johnny C. Bad," but it is an adequate enough closure to the album. However, "Slide Show Part 2" is repetitive, meaning that after just one round of it, you most likely won't be craving more. But maybe that's why the track tallies in at just one minute, thirty-five seconds.

Final Fantasy VIII Piano Collections is worth listening to; there are several treasures on the album that'll leave you blown away by their sensitivity and effectiveness, an effort that lies in both Ogata's playing and Hamaguchi's arrangements. While there are a couple of forgettable tracks, namely "Find Your Way" and "Ami," there are some completely fantastic arrangements on the CD as well. So, listen to it — it's not an album worth passing up, it's just not quite as good as some of the others.

Album was composed by Нобуо Уэмацу and was released on January 21, 2000. Soundtrack consists of 13 tracks tracks with duration over about 50 minutes. Album was released by DigiCube. 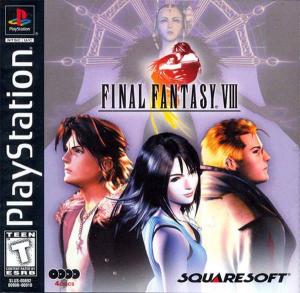