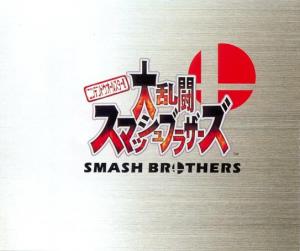 As they say in the boxing biz, let's get ready to rumble. In one corner, we have a duo of plumbers, a Hyrulean hero, and a jungle gorilla, and in the other, we have two pocket monsters, a space bounty hunter, a little gumdrop, a kid with psychic powers, and a hip racer — all coming together for a match. Such is the focus for Nintendo's smash hit (no pun intended) Super Smash Bros. Given that it brings classic characters together for a match, it shouldn't be surprising that the soundtrack would contain classic themes for an upgrade.

And what a treat it is. The soundtrack features magnificent remixes of many themes from your favorite Nintendo games, including Super Mario Bros., The Legend of Zelda, Metroid, Kirby's Dream Land, Star Fox 64, and the Pokémon series. And while the sound quality may still fall short to that of a CD-based system, the tunes still sound great. Zelda fans will be thrilled to hear that the classic "Overworld" theme (which was unfortunately missing from Ocarina of Time, but returned for Majora's Mask) is included on this soundtrack, and it sounds great. I was surprised at the "Yoshi's Island Stage" track; it contains the music from Yoshi's Story, which was too childish and insepid for its own good. However, it is done so well that one could find himself bouncing to it after a little while. It is somewhat jarring to hear 8-bit sounding music on "Ancient Kingdom Stage" (the Super Mario Bros. theme), but it's never taken to the "excruciating" level. Fans of EarthBound will be pleased (and frustrated) to discover that a brief fanfare from that underrated title makes an appearance on Track 17. In addition, the stage clear music from F-Zero X can be heard on Track 16. For Nintendo fans, this soundtrack could very well be one of the best for the Nintendo 64.

Unfortunately, it misses the mark. For all its wonderful remixes, Super Smash Bros. suffers from an enormous number of mediocre forgettable tracks (the rest of the music from the game). Although some tracks are quite bouncy and enjoyable, such as "Training Mode" and "Bonus Game", there are no tracks that will stick out in one's mind. All it just basically is is music you would expect from a tournament fighter soundtrack, although the attitude of the music is much lighter than games of this type (such as Street Fighter, Mortal Kombat, and Nintendo's own Killer Instinct). However, the selling points of the soundtrack are the rearranged tracks, which at least boost the music up to a level of greatness, though nothing that will earn it the word spectacular.

I am also irritated at the presentation of the album release. It's a two-disc set, and all the songs from the game are included, but I didn't like the way it was handled for the album. First, there are a lot of tracks (such as "Ancient Kingdom Stage" and "Ness Wins, Battle Results") where one selection of music immediately follows another (probably to save up album space), which is completely annoying every time I hear it. What if you want to hear a certain track individually? (Even the remixes of the classic songs suffer from this problem; the stage clear fanfare follows the song on each track.) Second, "Opening" is not music-only; it sounds like someone recorded this song *while* loading up the game. In other words, you'll hear distracting sound effects over the last half of the song (which includes the announcer corresponding to the Japanese release of the game and the crowd cheering). It is disappointing that a track like this would suffer from this problem.

Third, only half of the second disc is music only, and the other half is the sound effects collection tracks (which is longer than it *has* to be, but then again, there are a lot of sound effects in this game, and much of them are different slightly from the American release). Fourth, the music on the second disc, the arranged versions, are just club versions of only *four* tracks from the game... and one of them is excruciatingly painful to listen to. That track is the "Yoshi's Island Stage", which suffers from featuring the obnoxiously high-pitched, Munchkin-sounding voices of the Yoshis making their battle noises. And there are some horrible instruments and interludes. (At least the Yoshis don't break into song; that would have made this track far worse.) The other three tracks are nowhere nearly as intolerable, but they're not anything outstanding either. All these flaws plague what could have been a decent album release, making it a mixed bag of tricks.

Does this mean that Super Smash Brothers Original Soundtrack is an album to skip? Not at all; the remixes of the classic Nintendo themes warrant the purchase of the soundtrack altogether, and far overshadows the so-so incidental music. But the album presentation dampens this soundtrack greatly, which will probably cause mixed reactions from biased fans who believe what soundtracks *should* be like. Avoid the hype surrounding the soundtrack and purchase it only for the good tracks. It may be expensive since it's a two-disc set, but don't let that prevent you from experiencing what is an overall delight for Nintendo buffs. If you were disappointed by the quality of much of the Nintendo 64 soundtracks, you won't be disappointed by Super Smash Bros. 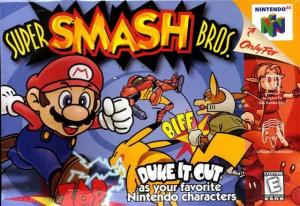 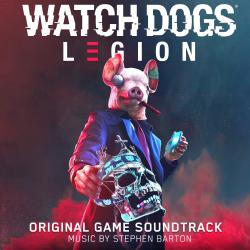