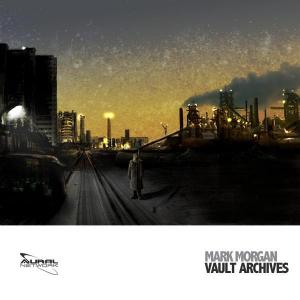 The music for the Fallout series has been barely commemorated in official albums until now. There was an official album dedicated to the original Fallout and two mostly licensed promotional albums for Fallout 3, but little else. In 2010, Mark Morgan decided to change this by compiling together and remastering a selection of tracks from Fallout and Fallout 2 for a digital release, entitled Vault Archives. Sticking with a barebones minimalist approach, the scores complement a barren and hostile wasteland with their mechanical and industrial sounds.

The music of Fallout is featured in the larger number of tracks on the album, mostly down to the fact that most were also reused in Fallout 2, thus limiting the number of original tracks needed for the sequel. There are no tracks from the first game which particularly stand out amongst the others, but there are certainly a few which deserve to be pointed out. First focusing on those tracks which are wholly ambient and industrial, made up from suspended notes and heavy bell percussion, "Desert Wind" represents the barren landscape which the game is based around. The track is intimidating in terms of its persistent notes and drive of the tubular bell background, heightened further with screeching strings which feature 2:03 onwards. "Industrial Junk" is just as atmospheric, but this time we hear a more mechanically inspired approach with the use of metallic sounds, otherworldly sounds, and piston-pumping bass beats. "Underground Troubles" though is the most hard-hitting atmospheric theme; representing the cave system in Fallout, the track emanates danger and injects fear in the listener. Again we can hear the use of discordant strings and, more importantly, the prominent use of suspended tubular bell notes to highlight the vast space of the caves, whilst also being suggestive of imminent danger.

The other tracks from Fallout which I would like to point out feature sporadic (nuclear) fragments of melody across their playing time, in a sort of suggestion towards the more melodious sounds in Fallout 2. The world map track "Moribund World" is one of the more prominent themes which feature some sort of melody. Though the melody in this track only consists of a repeated three note wind sequence, it is skilfully integrated alongside an ethnic drum rhythm, and expertly placed to put the listener in a mission completing mood. "A Trader's Life" which represents the central hub in Fallout is another track which is more melodically focused than the others. The selection of instrumentation is bizarre and Asiatic, creating an ancient merchant society, despite the game's placement in the future. Out of those of which I would class as more melodious though, "Khans of the New California" is a favourite of mine. The track features a scintillating bass riff, the same ethnic instrumentation heard elsewhere on the soundtrack, but also integrates some rhythmic development here and there too. By no means is it better than any of the other tracks, just I find it a little more impacting.

Out of the tracks in Vault Archives, it's likely you may enjoy the tracks which originate from Fallout 2 the most. Though seven tracks from Fallout are reused in the game's soundtrack (including "A Trader's Life," "Industrial Junk," "Moribund World" and "Khans of California"), Fallout 2 features eight more, generally melodically focused, tracks. If you were hoping for something more on the same vein as the ambient tracks from Fallout then "Biggest Little City in The World" is really the only track that will give you it.

Focusing on the melodious tracks though, there are four themes which are really worth listening to. The first of these, the one minute long "My Chrysalis Highwayman" has a delicious guitar section and enjoyable bass line. The mechanical "All-Clear Signal" is just as funky and enjoyable too, especially after it gets going at 0:38 upon the introduction of another self sustaining bass line. With the use of various mechanical sound effects, the warped industrial sound is like no other created on the album. The third track I wanted to point out is more relaxed and composed with completely different intentions to the rest of the tracks on this album. "Dream Town" is an airy and delightful track which excels in the absence of ominous undertones. Though perhaps a little out of place, it creates a mesmeric atmosphere, highlighted by its delicate instrumentation. The track I most enjoy from Fallout 2 though is "Beyond the Canyon," which sees the fusion of the industrial, melodious, and airy styles explored elsewhere in Vault Archives. The whole structure of the piece is fantastic, with it ranging from string instrument use, vocals, percussive highlights and synth segments.

Be it due to a lack of variety, a clear lack of any thematic focus, or an agglomeration of clichéd themes, sometimes in game music a soundtrack appears which initially seems to make little sense. Vault Archives is one of these, but rather than falling into the above sections, it falls into one of its own: the overly ambient, threatening, and ominous. It took me a few listens to get to grips with what this digital release really represents, though perhaps a fault of the music being listened to in isolation, rather than alongside the game's context. Still, sure enough, Vault Archives is a fantastic compilation album featuring Mark Morgan's remastered music from Fallout and Fallout 2.

Скачать альбом с сайта Aural Network...
Показать
10.05.2010    3689
Album was composed by Марк Морган and was released on May 10, 2010. Soundtrack consists of tracks with duration over more than hour. Album was released by Aural Network Industries.

Sounds like Ambient, Industrial - that's what we can say about this album. 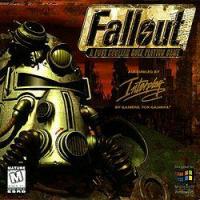 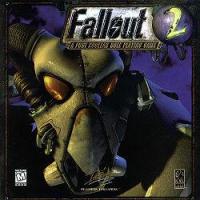